A 1920s fourplex located a short walk west of Vermont Avenue in Koreatown could be cleared for a larger multifamily residential development, according to an application filed earlier this month with the L.A. Department of City Planning.

Abe Abraham of 426 South Catalina, LLC, listed as the owner and applicant behind the project at 426 S. Catalina Street, is seeking city approvals for the construction of a six-story building which would feature 40 studio, one-, and two-bedroom apartments above a two-level, 20-car subterranean parking garage. 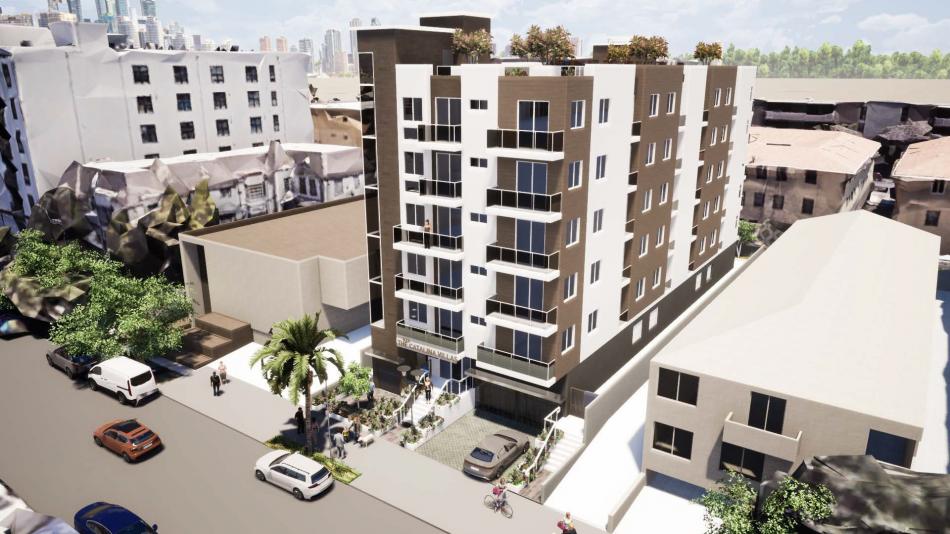 Requested entitlements for the project include Transit Oriented Communities incentives, allowing a taller and denser development than normally permitted by zoning rules, as well as reductions to side yard setbacks. In exchange, four of the new apartments would be set aside for rent as deed-restricted affordable housing at the extremely low-income level.

California Development and Design is serving as the architect for the project, which is depicted as a contemporary low-rise structure with a rooftop amenity deck and a rear yard. Plans also call for a recreation room on the interior of the building.

The site follows a number of infill developments on the side streets of Koreatown, including a larger 61-unit apartment complex which opened a couple doors north in 2019.