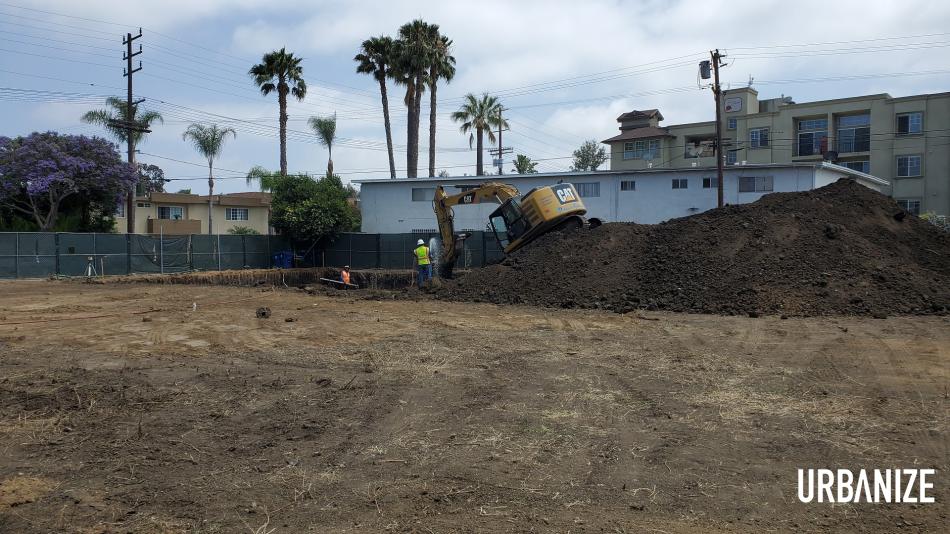 The project, which replaces three single-family homes and a triplex at the intersection of National Boulevard and Canfield Avenue, will consist of a six-story edifice featuring 50 three-bedroom apartments above parking for 25 vehicles.

Approved plans relied on Transit Oriented Communities incentives, permitting a larger structure than otherwise allowed by zoning rules. In exchange, five of the new apartments are to be set aside for rent as deed-restricted affordable housing at the extremely low-income level.

Designed by Reed Architectural Group the apartment complex at 3301 Canfield will be composed of five levels of wood-frame construction above a concrete podium. Plans show a contemporary low-rise structure featuring multiple outdoor decks, as well as a gym. 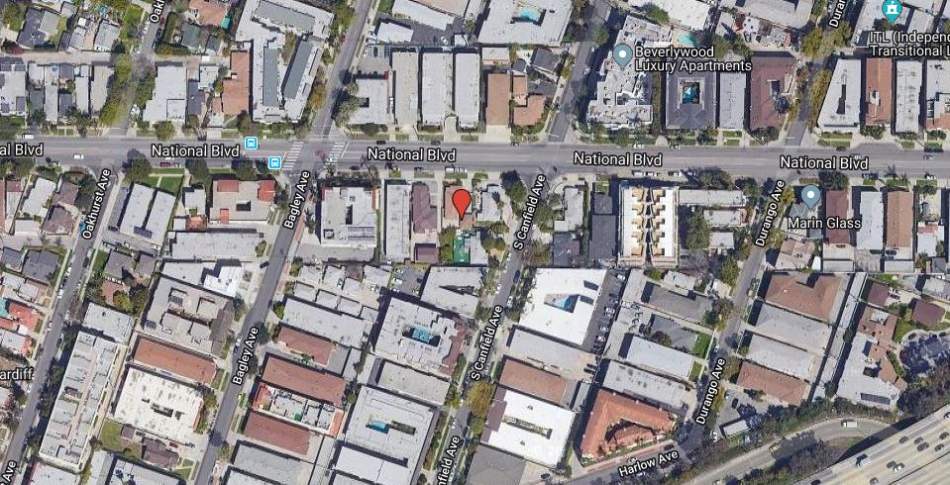 Helio has a number of new projects in the works for the Palms neighborhood, including three mixed-use buildings which are either planned or under construction on Overland Avenue.