Two small multifamily structures built in the late 1880s in Pico-Union will give way to a new apartment complex, according to an application recently submitted to the Los Angeles Department of City Planning. 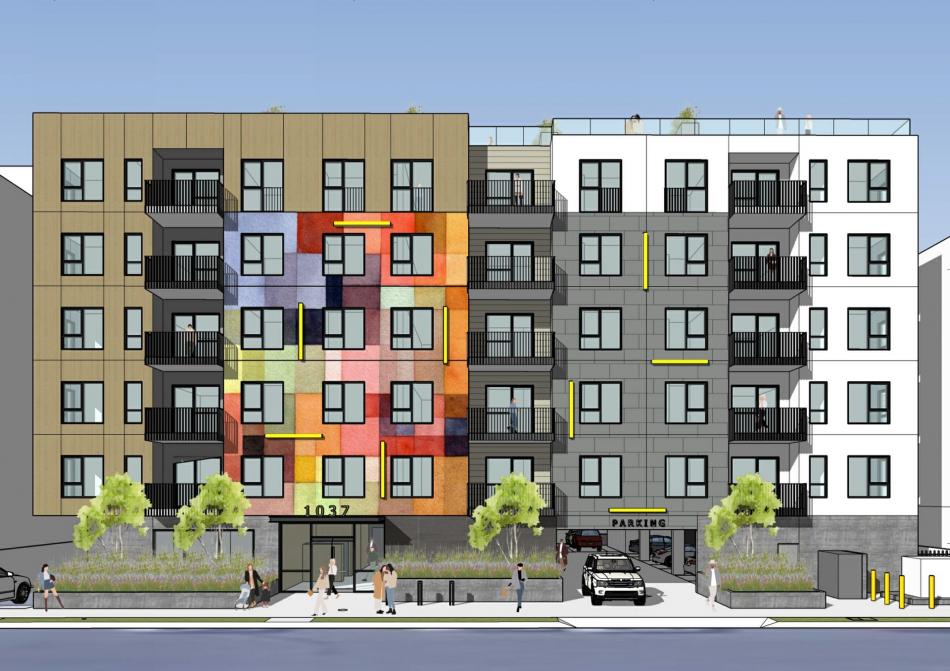 Orion Capital, a local real estate investment firm best known for developing projects near USC, is seeking approvals for the construction of a new six-story, 60-unit apartment complex at 1037 S. Dewey Avenue - a short walk south of Olympic Boulevard. Plans call for a mix of studio, one-, two-, three-, and four-bedroom dwellings, as well as 78 parking stalls located at grade and in one subterranean level.

Requested entitlements for the Dewey Avenue site rely on Transit Oriented Communities incentives to achieve greater density and floor area than otherwise allowed by zoning regulations. In exchange, six of the proposed apartments are to be set aside as deed-restricted affordable housing at the extremely low-income level.

JPark Architects is designing the project, which is depicted in renderings as a contemporary podium-type building. Architectural plans show that the building would include a central courtyard, a rooftop patio, and a community room. 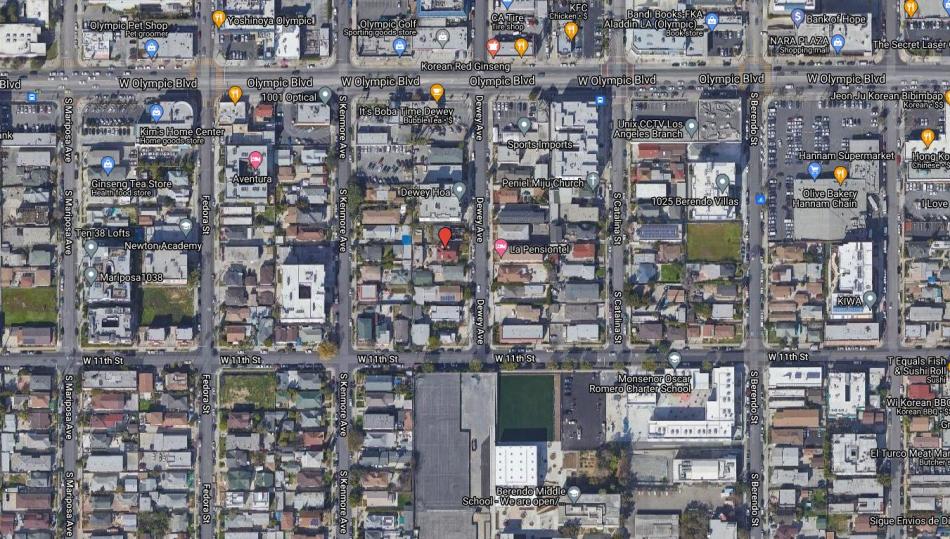 Orion Capital's other ongoing projects include a smaller mixed-use building now under construction near the intersection of Vermont Avenue and Adams Boulevard, as well as a 167-room hotel slated for the former site of the Bethune Library.