CIM Group is adding to its ever-growing list of commercial developments in West Adams. 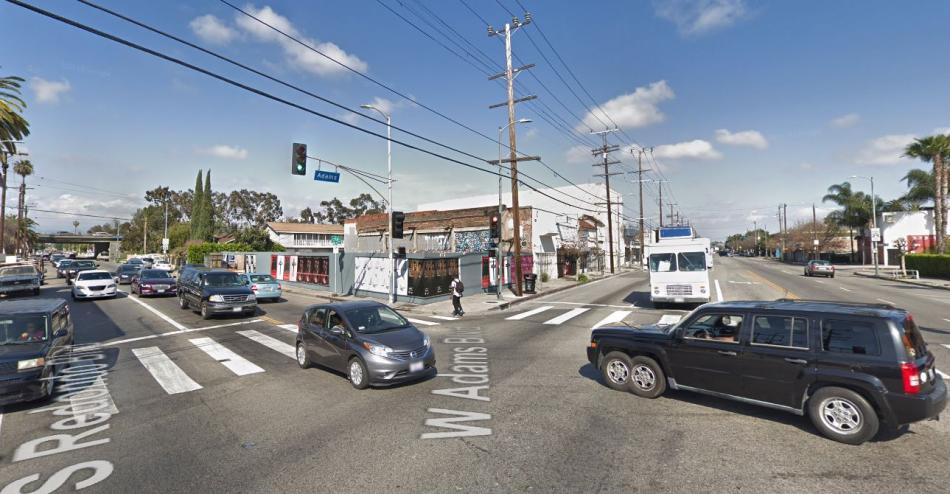 Earlier this month, the Mid-Wilshire-based developer filed plans with the City of Los Angeles to redevelop three parcels located at the northeast corner of Adams and Redondo Boulevards with a new six-story edifice that would feature 74 one- and two-bedroom apartments above 9,750 square feet of ground-floor commercial space and subterranean parking for 96 vehicles.

Requested entitlements include Transit Oriented Communities incentives permitting increased height, floor area, and density beyond the limits imposed by local zoning rules, as well as reductions to required on-site open space and setbacks.  Six of the proposed apartments would be set aside for rent by extremely low-income households in exchange for the incentives.

Architect Sam Ghanouni of SG Design, Inc. is designing the project, named 5223 Adams, which is depicted in a rendering as a contemporary podium-type building clad in white and yellow stucco.  Planned on-site open spaces include a series of rooftop decks and a central courtyard. 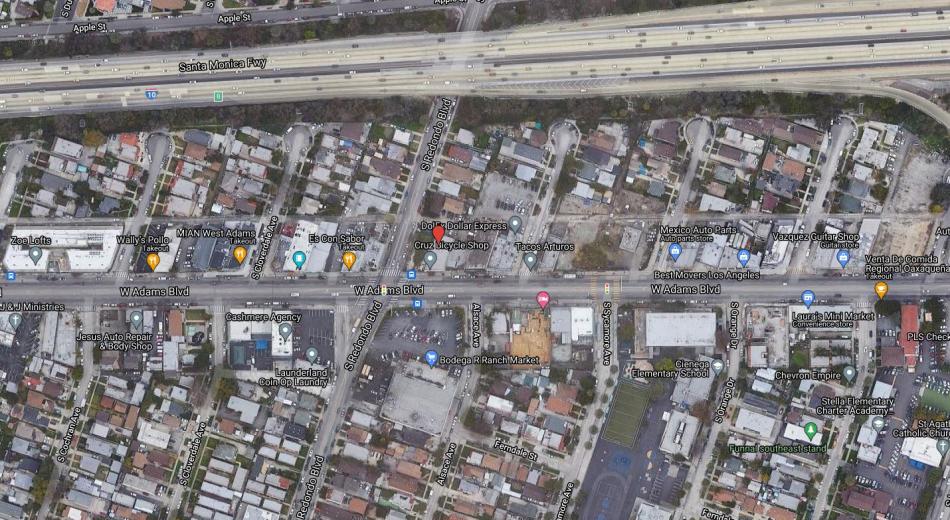 CIM Group has invested in dozens of new projects in West Adams, including offices, a hotel, and apartment buildings such as the 69-unit development now under construction three blocks west at 5109 Adams Boulevard.  The developer has also filed plans to build 25 apartments on a neighboring site to the east of the Redondo Boulevard property.

Other companies have followed CIM's head, such as 4D Development & Investment, which is now in construction at a 115-unit apartment building nearby.