MorningStar Senior Living, a company which owns, builds, and operates senior housing facilities in the western United States, is looking to expand on one of its existing properties in the City of Pasadena.

The project, per a a staff report to the Pasadena Design Commission, would rise from a roughly 20,800-square-foot corner lot located at 995 S. Fair Oaks Avenue. Plans call for razing existing improvements, including a small office building and a warehouse, followed by the construction of a new five-story edifice containing 76 units of independent senior living housing. Plans also call for a subterranean parking garage.

KTGY is designing the low-rise building, which would be an L-shaped structure in a contemporary style. Plans call for a small courtyard near the center of the site, as well as a rear driveway and drop off area which would connect with the existing senior housing complex to the north. 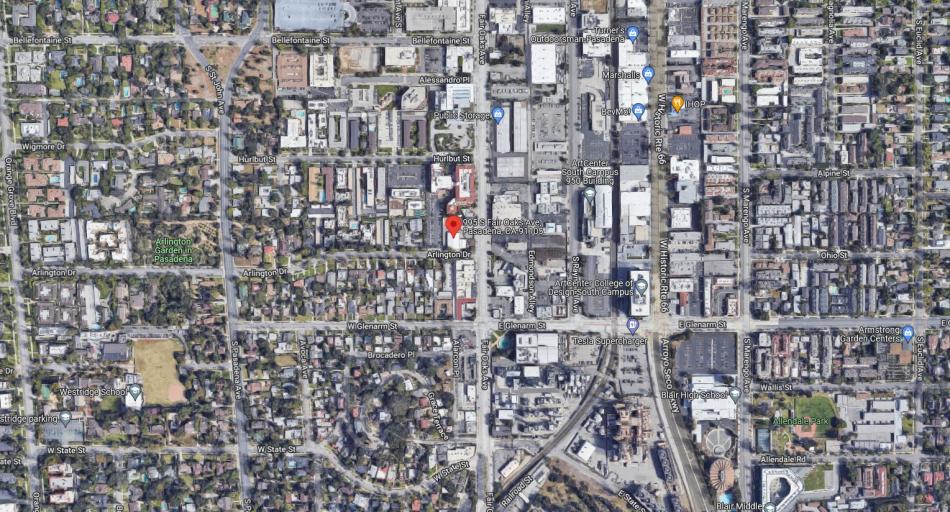 The project would represent the third and final phase of a larger planned development, dubbed MorningStar Senior Living of Pasadena. The earlier two components of the senior housing complex were completed in 2003 and 2008.

Several other developers of senior housing have also targeted the Pasadena community for new projects, including the Kutzner Company, which has plans for a site a few blocks east on Arroyo Seco Parkway, and Belmont Village, which is planning to redevelop the parking lot of the First Church of Christ, Scientist.