Construction is underway for new apartments on a long-vacant site on the border between Westlake and Koreatown. 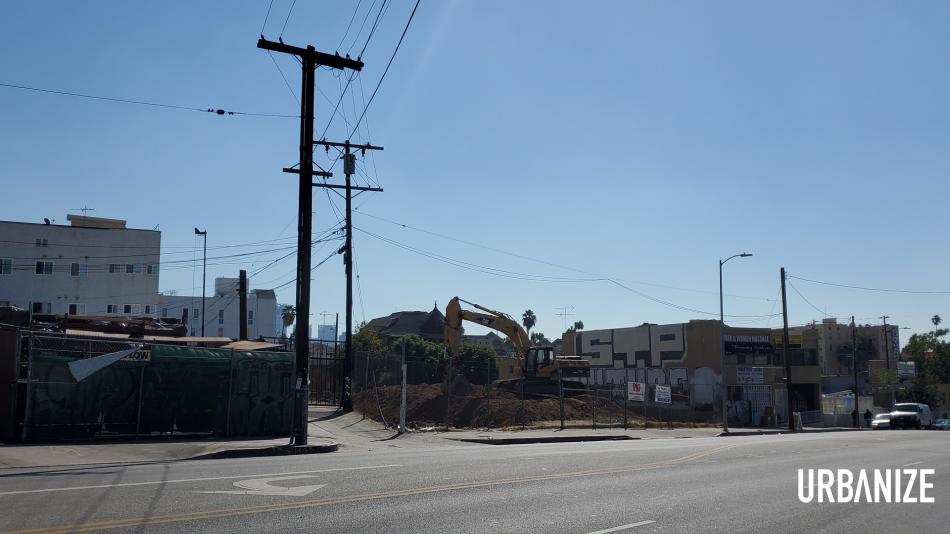 The project site, located at 825 S. Coronado Street, is approved for the construction of a six-story edifice featuring 77 studio, one-, and two-bedroom apartments above a semi-subterranean parking garage.

Approved entitlements include Transit Oriented Communities incentives permitting a larger structure than typically allowed by zoning rules. Eight of the apartments will be reserved as affordable housing in exchange for the incentives.

City records indicate that The Albert Group Architects is designing the new building, which is depicted in a rendering as a contemporary podium-type building.

The apartment complex, which also fronts Hoover Street, is being developed by Los Angeles-based Safco Capital Group. The company is also in construction at a similar project in East Hollywood, and has secured approvals for a larger mixed-use building just south of MacArthur Park.