Last month, the Los Angeles City Council voted to enter into an exclusive negotiating agreement with the Bakewell Company, the Michaels Organization, Capri Investment Group, and the Brotherhood Crusade for the potential redevelopment of a fully city block in South Los Angeles.  Renderings first posted by Bisnow offer a look at what's to come. 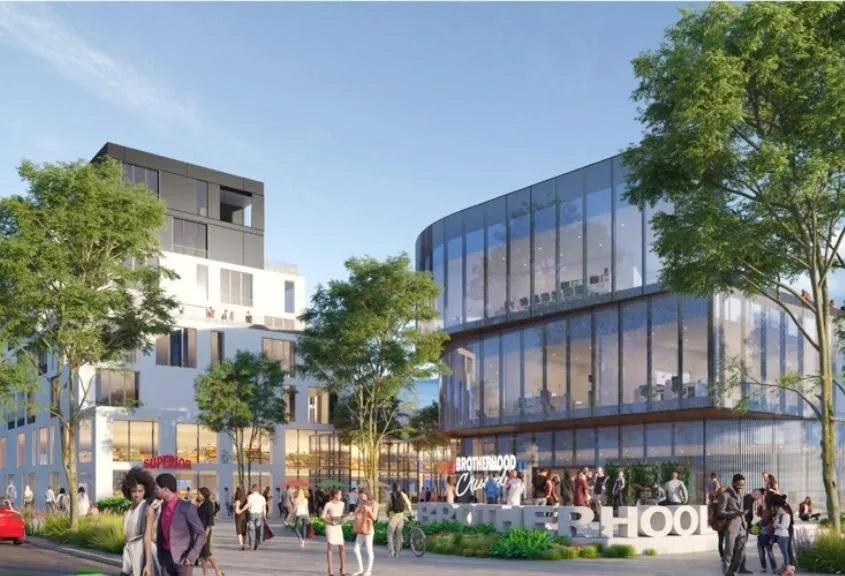 The $239-million proposal, which would rise from a roughly eight-acre property at 200 E. Slauson Avenue, calls for the construction of:

The proposed 1.4-acre park will be owned and operated by the City of Los Angeles,  while a parcel owned by the Brotherhood Crusade would be retained by the organization for use as a community center.

The Slauson and Wall site came under the control of the City of Los Angeles in 2013 following the dissolution of the Community Redevelopment Agency.  The request for proposals seeking developers for the property was issued in 2020, and the initial term with the Bakewell-led team will last for 12 months, with an optional 12-month extension.