An aging office building near Mariachi Plaza in Boyle Heights is midway through an adaptive reuse makeover. 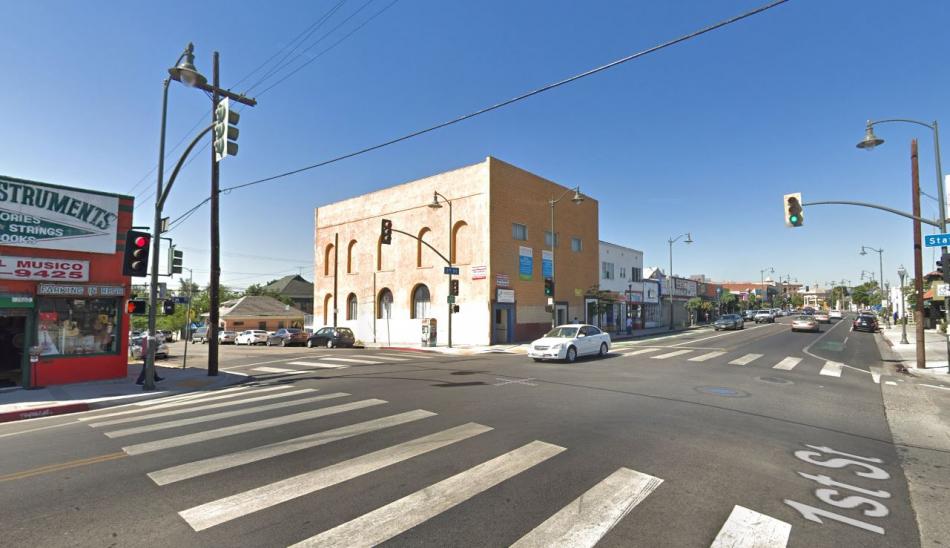 The two-story building at 1870 E. 1st Street, which has served as satellite offices for local and state-level elected officials in recent years, is being transformed into housing, according to permits issued by the Los Angeles Department of building and Safety.

The project is adding a new mezzanine level within the shell of the brick building, resulting in three floors. While the approved project had initially called for nine apartments on the upper floors, a revised application to the City of Los Angeles indicate that that total has now been increased to 15 dwellings within the same building envelope. This would be achieved by splitting an upper floor unit in two, and building a proposed ground-floor restaurant space as five apartments.

Los Angeles County Assessor's data lists the owner of the property as an entity managed by Los Angeles-based investor Leon Ahdoot. City records indicate that the site last sold in 2012 for just over $665,000. 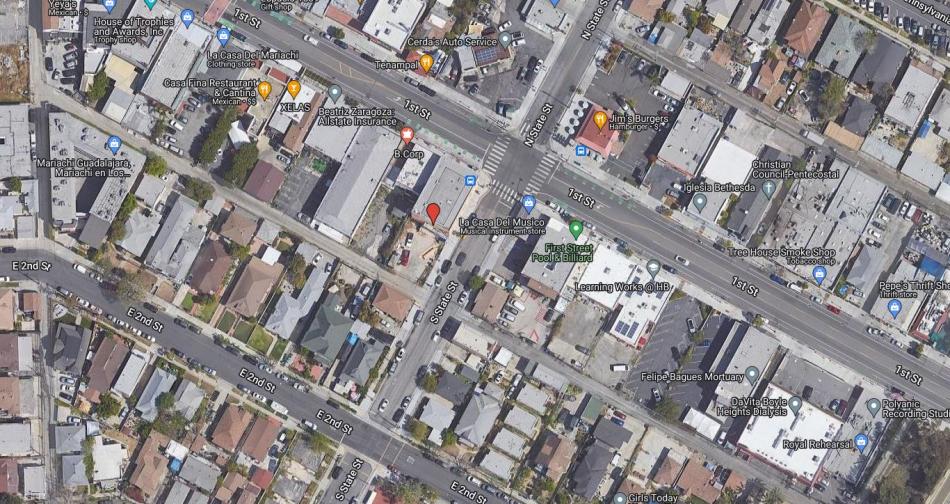 The project site sits a short walk east of Mariachi Plaza, and the Metro station of the same name at 1st Street and Boyle Avenue, where a mixed-use affordable housing complex is now under construction.