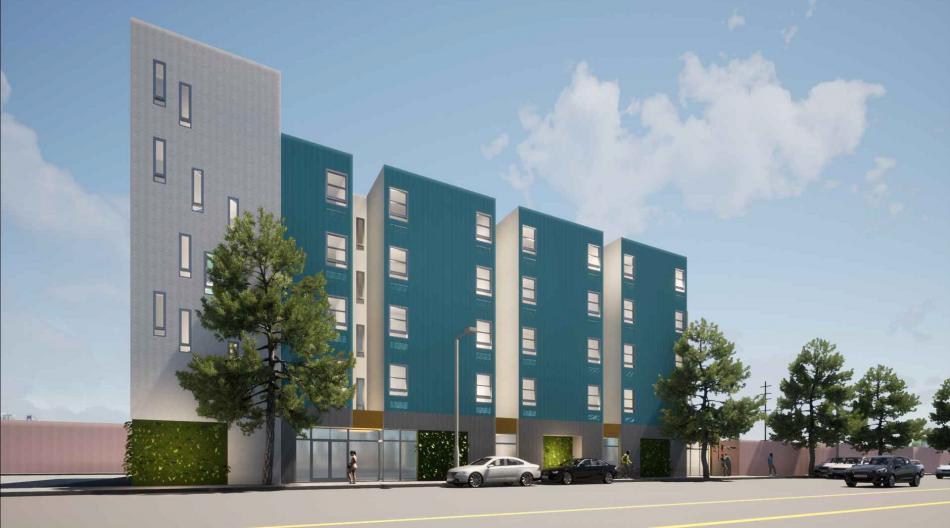 The South Los Angeles-based firm recently filed plans with the City of Los Angeles seeking entitlements for a .40-acre lot at 4008 Martin Luther King Jr. Boulevard.  The project, which would rise mid-block between Buckingham Road and Hillcrest Drive, calls for the construction of a five-story edifice featuring 70 studio and one-bedroom apartments above 437 square feet of street-level retail space and 35 parking stalls.

Requested approvals include Transit Oriented Communities development incentives, which would permit a taller, denser structure than otherwise permitted by base zoning due to the property's location near high-frequency transit service and the inclusion of seven units of on-site affordable housing.  The below market-rate units would be priced at the extremely low-income level.

The Architects Collective is designing 4008 MLK, which would consist of four floors of Type VA construction above a concrete podium.  Renderings depict two amenity decks at the second and roof levels, and an exterior of painted stucco and cement.  Vertical circulation elements would be placed outside of the building, preserving usable floor area within. 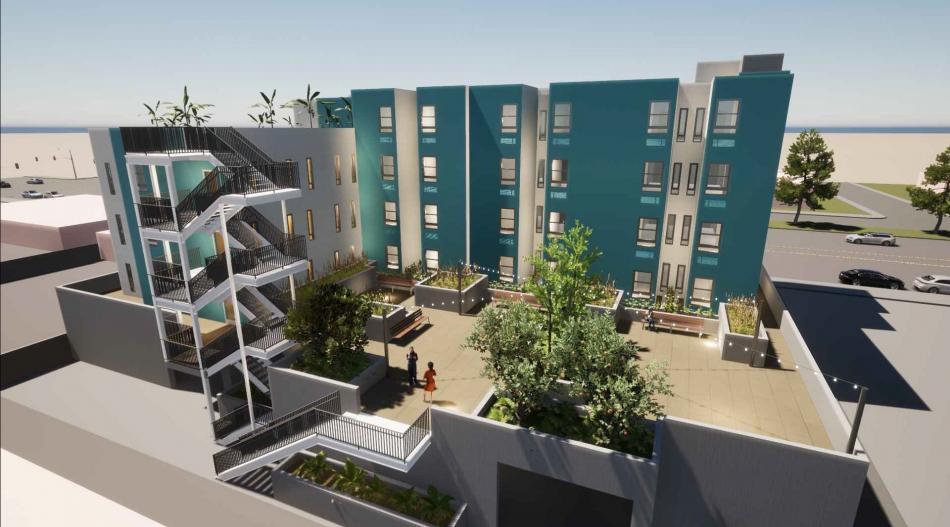 Though taller than its immediate neighbors, 4008 MLK would be a relative small fry compared to some of the other large mixed-use projects in the works for the neighborhood to the east, which is to be served by a new Crenshaw/LAX Station now under construction at the intersection of Crenshaw and MLK Boulevards.  A bioscience research campus is planned for the long-empty site that was once home to the Marlton Square shopping center, while senior affordable housing and a Kaiser Permanente outpatient facility have recently opened nearby.

Less certain are plans for the Baldwin Hills/Crenshaw Mall, where owner Capri Capital Partners secured approvals for a housing, office, and retail complex in 2018, but has since placed the shopping center on the market.  Multiple potential buyers have backed out of agreements to buy the mid-century mall in the face of staunch opposition from a community group called Downtown Crenshaw, which has sought to buy the mall and redevelop it independently.