Less than four months after locking down entitlements, developer California Landmark Group (CLG) is taking its first tangible steps toward construction of its latest multifamily residential development in Palms. 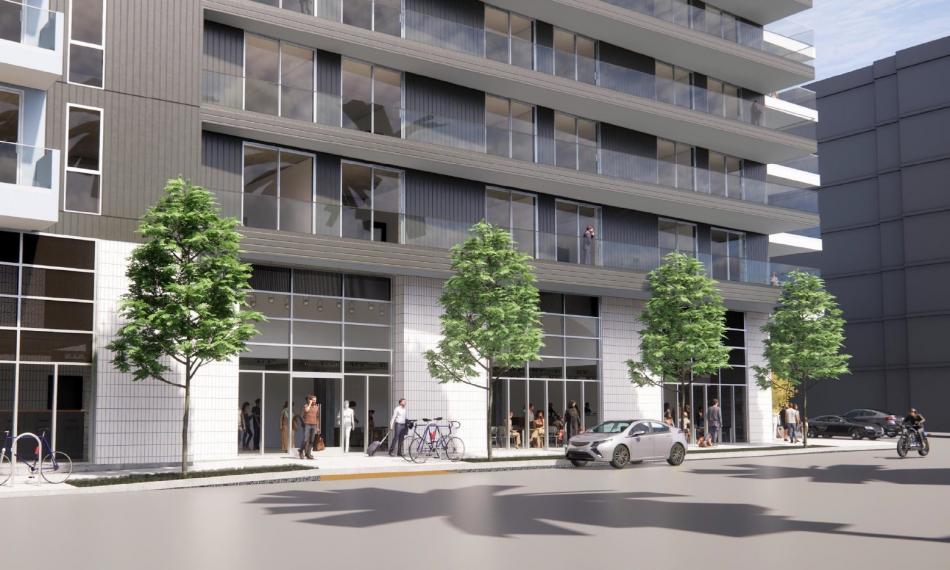 CLG recently demolished the single-story building at 10401 Washington Boulevard, formerly home to the BTS Thrift Store, where the company is approved to build an eight-story building featuring 112 apartments - including 15 extremely low-income affordable units - above 2,000 square feet of ground-floor commercial space and parking for 71 vehicles.

The project, which relies on Transit Oriented Communities incentives to achieve reduced on-site open space and setback requirements, will offer a mix of studio and one-bedroom units. 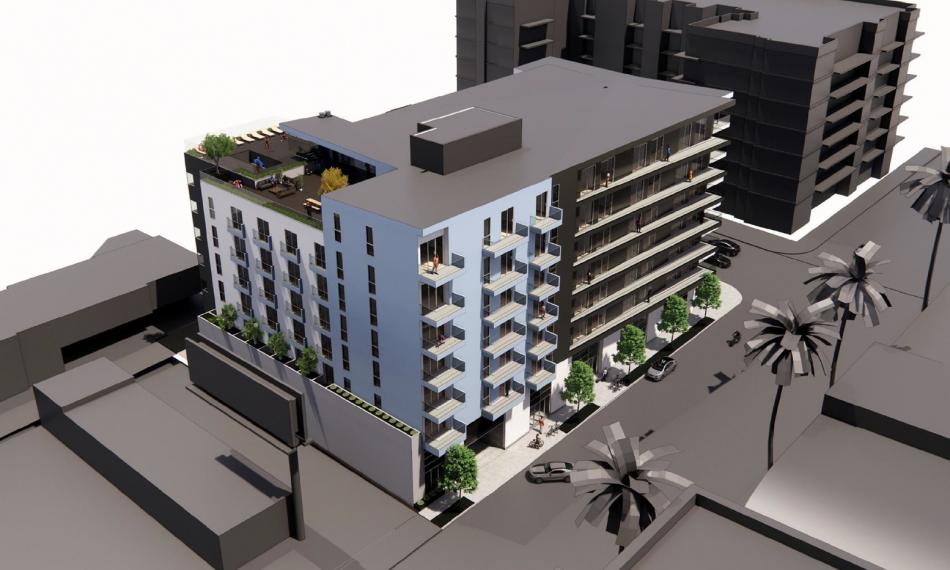 Abramson Architects is designing the apartment complex, which is imagined as a contemporary podium-type building lined with cantilevered glass balconies.  Proposed on-site amenities would include lounges and a rooftop deck.

The project is the latest in a series of mixed-use and multifamily residential developments for California Landmark Group in the Palms-Culver City area, following the 3838 apartments on Dunn Drive (which is now being expanded onto an adjacent property) and a new eight-story complex taking shape on Venice Boulevard. 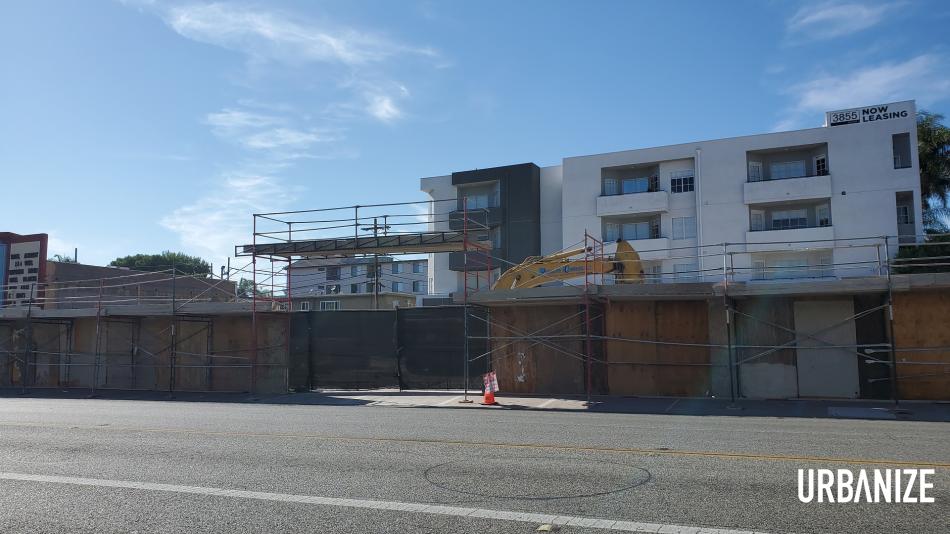 Demolition at 10401 Washington Boulevard, site of the proposed developmentUrbanize LA

Other developers have set their sights on Washington Boulevard, including Mapleton Properties, which is planning 207 apartments at Clarington Avenue, and Guo Rui Group, which has secured permits to build a 139-unit apartment complex across Motor Avenue from the CLG project.