A $1.1-billion state initiative geared at clearing trash and debris from highways has brought a new pocket park to a site next to the US-110 Freeway in South Los Angeles.

Located along the eastern flank of the freeway trench where it crosses below 28th Street, the $2.2-million project was cleared of rubbish using funding from Clean California, a program announced earlier this year by California Governor Gavin Newsom, with addition funding from the State Highway Operation and Protection Program and the Highway Maintenance Program. 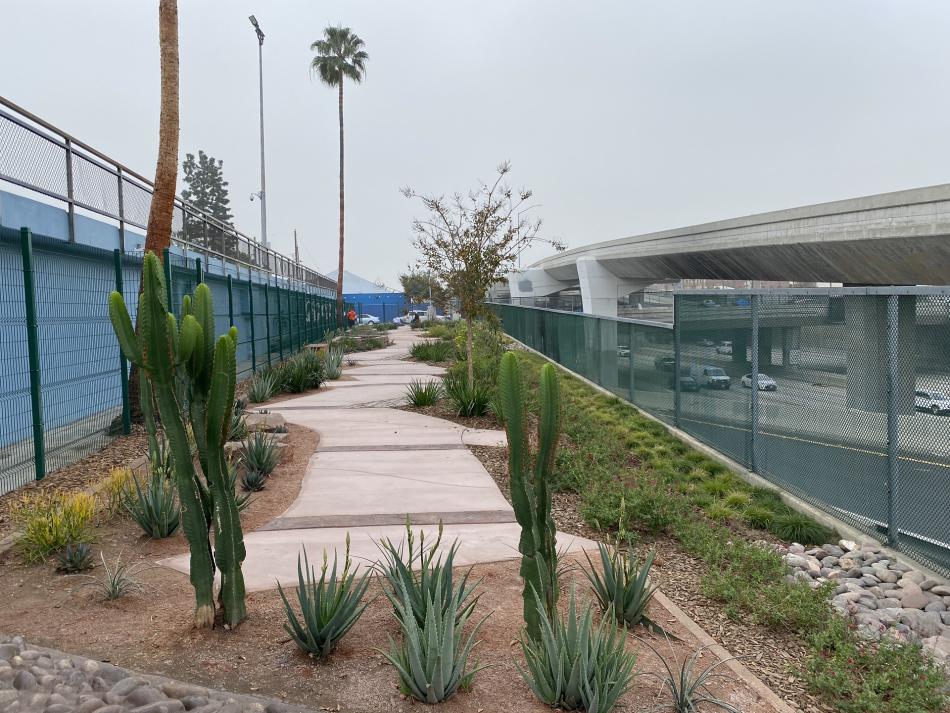 “A little over seven months ago, I was here picking up trash myself – everything from mattresses to needles. Now looking at this space, we see what’s possible with real investments and hard work, and it’s something we are replicating throughout the state,” said Newsom in a prepared statement. “This is an amazing example of what can be done with serious investments in California’s future. Folks across the state will see and feel the difference as Clean California starts to take root – we are cleaning up our state.”

Design One Group was the landscape architect behind the project, working in partnership with professors and students at nearby with LA Trade Tech who used GIS-based mapping to conceptualize the project. Artist Álvaro Márquez is responsible for the land grant mapping steel art pieces. 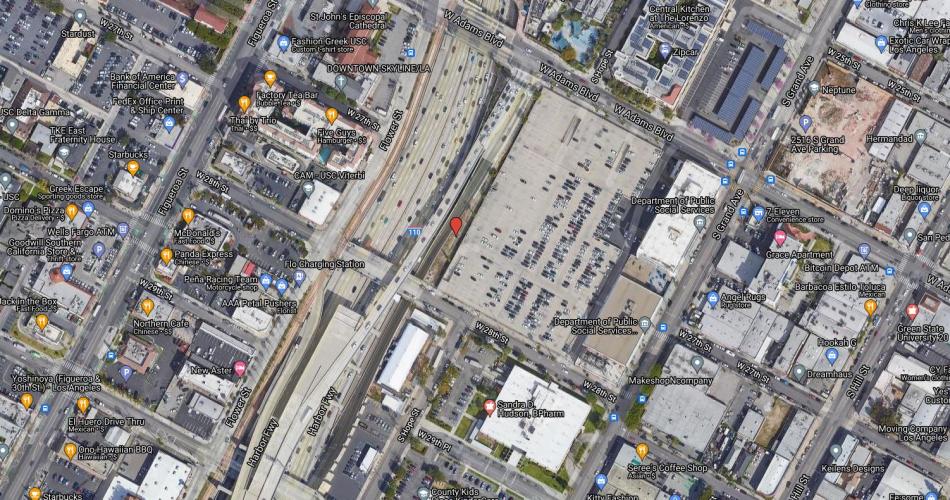 Clean California, which is part of the state's broader response to the economic distress wrought by the global pandemic, is expected to remove 21,000 tons of trash from the state's highways over the coming three years. In a related effort, Caltrans recently announced a $300 million grant program through which cities, counties, and other government entities can apply for up to $5 million in funding for debris and trash removal. Potential projects for consideration include those that remove litter from city streets, create new identifying signage or markets, and add landscaping.

Newsom has added an additional $100 million in funding to the program through the state's upcoming budget.