The first modular units have started to arrive at the future site of the Isla Intersections, a new supportive housing project in South L.A.'s Broadway-Manchester neighborhood. 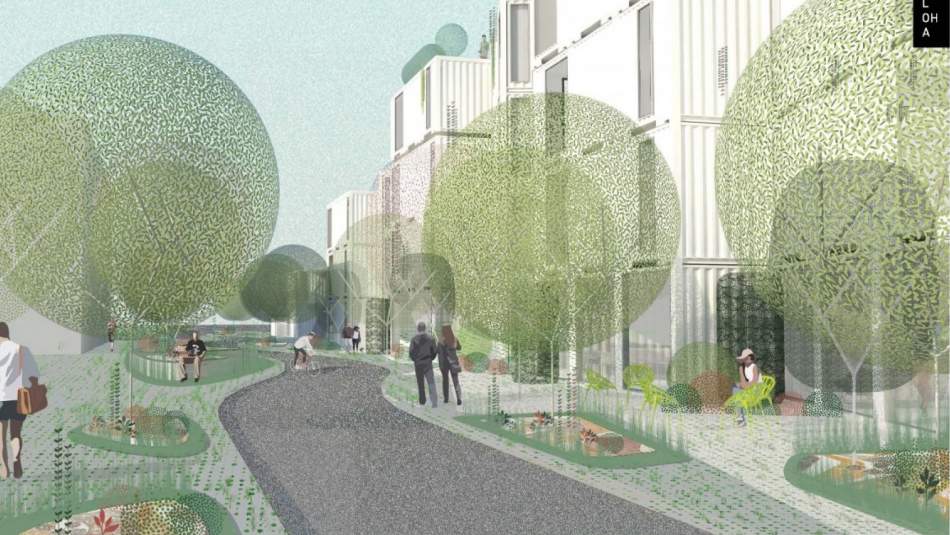 The apartment complex, a joint venture between Clifford Beers Housing and American Family Housing, is rising from a triangular city-owned parcel at the intersection of Broadway and Imperial Highway.  The modular units that first arrived last week will eventually be arranged into a five-story structure featuring 53 studio apartments and 900 square feet of ground-floor commercial uses.

LOHA is designing the project, which will stack the modular units in an offset manner to create a series of terrace decks.  Along the western perimeter of the site, plans call for converting Athens Way into a "shared street" in which motorists, pedestrians, cyclists, and all other modes of transportation will use the same space.  The shared street will be named for the Annenberg Foundation, which is providing funding for the project.

As with similar projects in Los Angeles, the use of prefabricated modular units at Isla Intersections is intended to speed its construction timeline relative to a podium-type building of a similar scale.  When all of the units arrive, assembly is expected to take just 30 days, Clifford Beers announced last year. 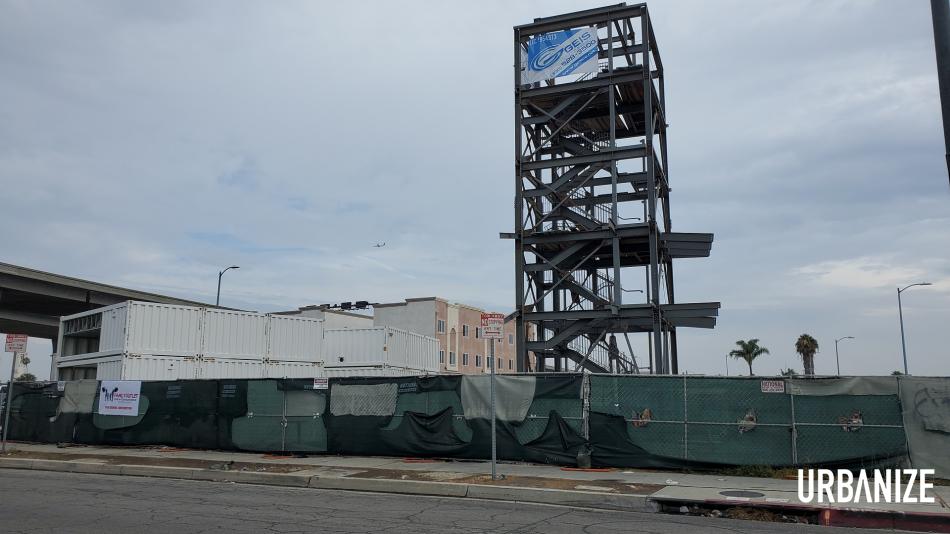 Completion of the project is expected in early 2022, according to social media posts by Los Angeles City Councilmember Marqueece Harris-Dawson.

At completion, the approximately $22-million apartment complex will be priced for formerly homeless persons earning at or below 30 and 40 percent of the area median income, according to a staff report by the Housing and Community Investment Department. 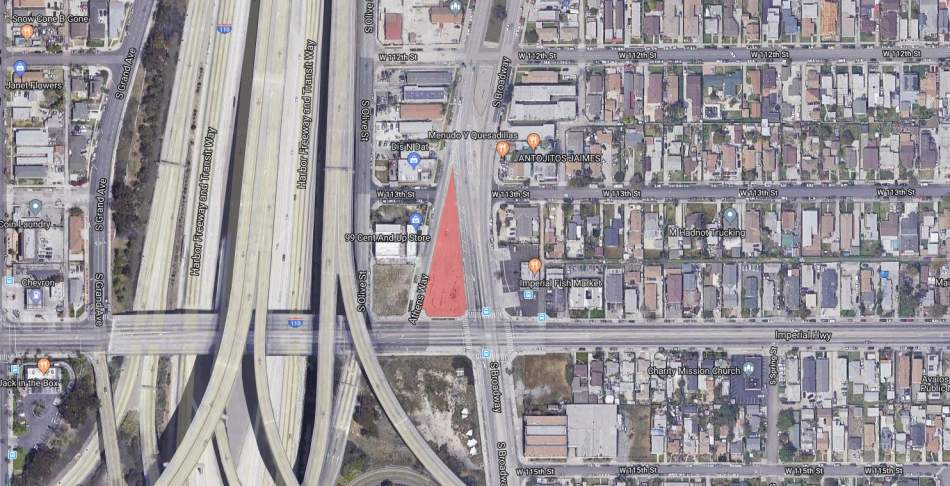