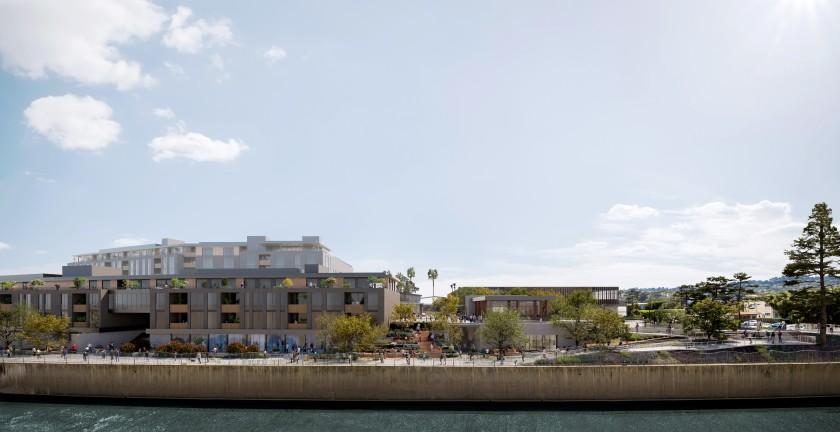 Rendering of the Residences at Sportsmen's Lodge from across the L.A. RiverKilograph

The project, announced just over one year ago, calls for razing the landmark 190-room hotel, built at 12825 Ventura Boulevard in the 1960s, clearing the way for the construction of a new apartment complex called the Residences at Sportsmen's Lodge. The proposed mixed-use complex will include three buildings, ranging from three to seven stories in height, containing a combined total of 520 apartments and parking for 1,385 vehicles.

Midwood has proposed a mix of studio, one-, and two-bedroom apartments, including 78 units of deed-restricted affordable housing. The inclusion of below market-rate units will make the project eligible for density bonus incentives, permitting a larger structure than otherwise allowed by zoning rules.

The apartment complex is intended to blend into the adjacent Shops at Sportsmen's Lodge, an Erewhon-anchored retail complex built on the hotel's former conference center. Roughly 46,000 square feet of new shops and restaurants would be built on the ground floor of the Residences, supplementing 94,000 square feet of space in the neighboring site. 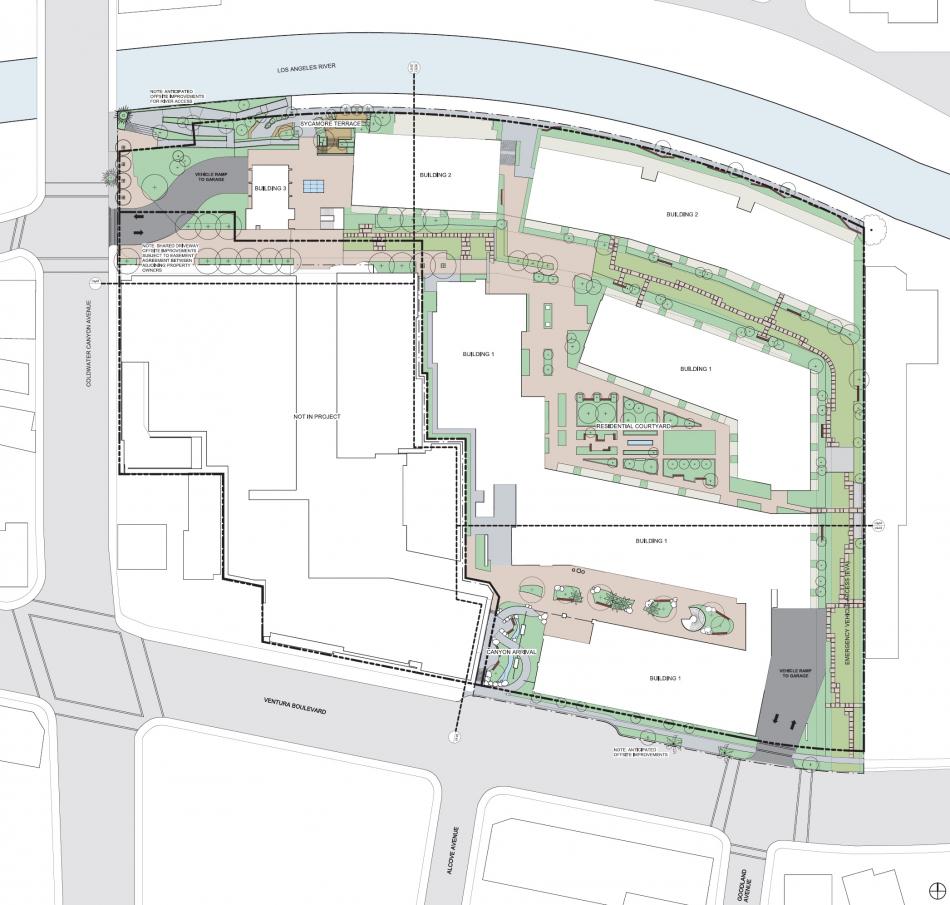 Landscape plan for the Residences at Sportsmen's LodgeMarmol Radziner

Marmol Radziner is designing the new development, which is described as incorporating elements of Mid-century Modern architecture. The nearly six-acre site would also include more than 21,000 square feet of publicly accessible open space and a pedestrian path connecting Ventura Boulevard to the neighboring L.A. River.

"The Project would be designed to provide an indoor-outdoor mixed-use development that would reflect the rich recreational history of the Sportsmen’s Lodge while providing housing, retail, and restaurant uses in a setting inspired by the native landscape of the San Fernando Valley and the Los Angeles River Basin," reads a narrative included with the environmental report. "The Project would incorporate the Los Angeles River as a focal point, featuring new passive recreational areas adjacent to the River. The Project Site would connect to the River via a cascade of steps with elevated seating areas, which would tie in to a larger system of pedestrian circulation and landscaping distributed over the entire Project Site, thereby increasing access to the River and providing outdoor amenities to the Project residents and the public."

Other proposed open space features include a gym, an outdoor kitchen, and a series of terrace decks overlooking the river.

According to the study, construction of the Residences is expected to occur over a 43-month period concluding in 2027. The project, combined with neighboring retail complex, will reportedly cost $500 million.