Barnes Park, located just north of the I-10/I-605 interchange at 3251 Patritti Avenue, spans a roughly 2.6-acre property along the east bank of the San Gabriel River. The park, per a landing page on the Baldwin Park website, includes playground areas, basketball courts, a game room, and a large field.

Through a new stormwater capture project, which city officials have given the prosaic title of "Barnes Park Multi-Benefit Stormwater Capture Project," Baldwin Park is aiming to both expand the footprint of the park onto an adjacent vacant lot, while also installing new infrastructure to divert and capture runoff from the surrounding 440 acres of land. 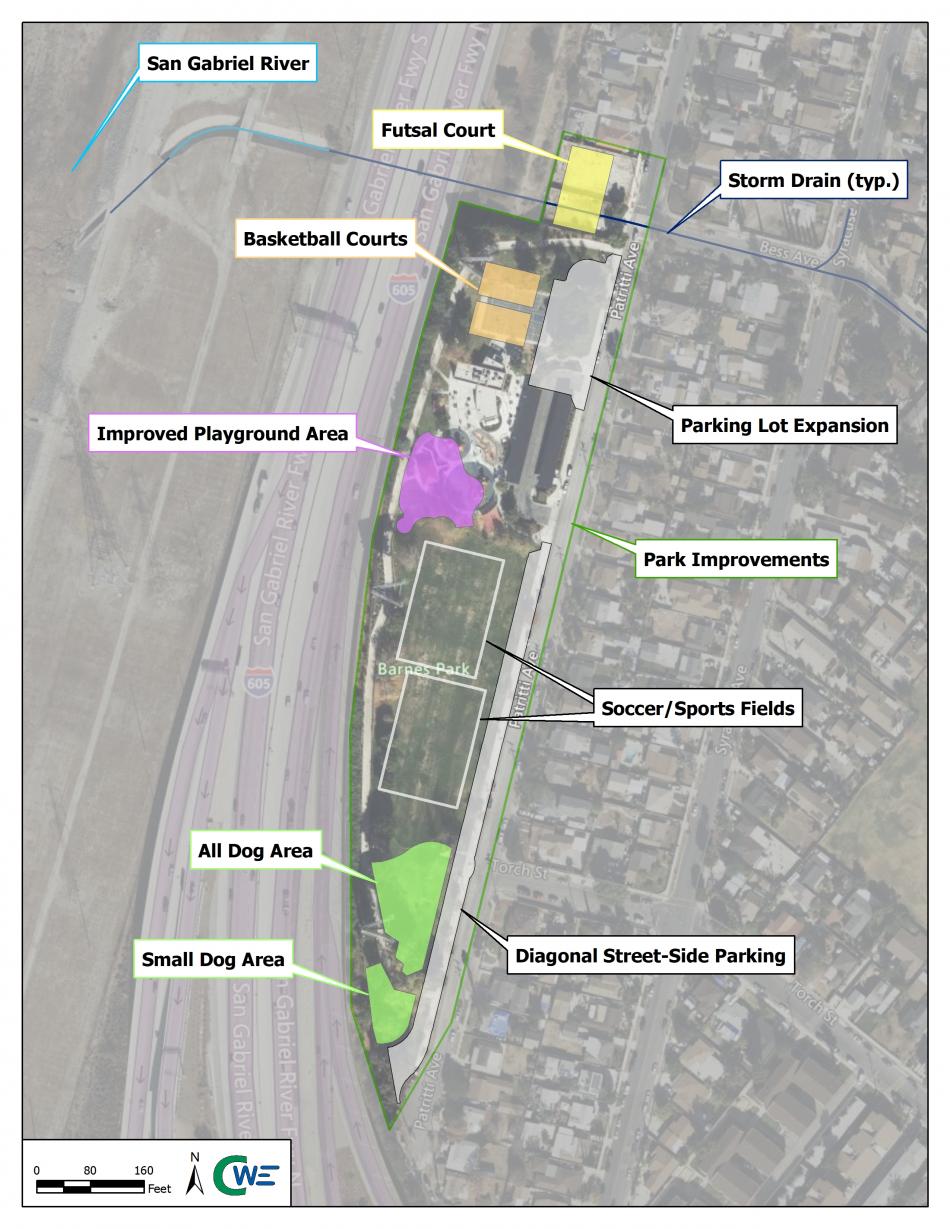 Funded through sources which include L.A. County's Measure W and California's Proposition 68, the expansion and makeover of the Barnes Park would include:

Construction of the proposed improvements and park expansion is expected to commence in Fall 2023 and last for approximately one year, according to the city website. Barnes Park would be closed during this time period.

The project is currently in its environmental review phase, having recently seen the release of its initial study.

An expansion of Barnes Park is set to follow closely on the heels of Baldwin new "Commuter Bikeway," which recently broke ground. Plans call for a 2.5-mile multi-use trail along the banks of the San Gabriel River adjacent to Barnes Park.