In North Hollywood, non-profit developers Abbey Road and Linc Housing have broken ground on Sun Commons, a new multifamily residential building which will be reserved for low-income households and formerly homeless persons. 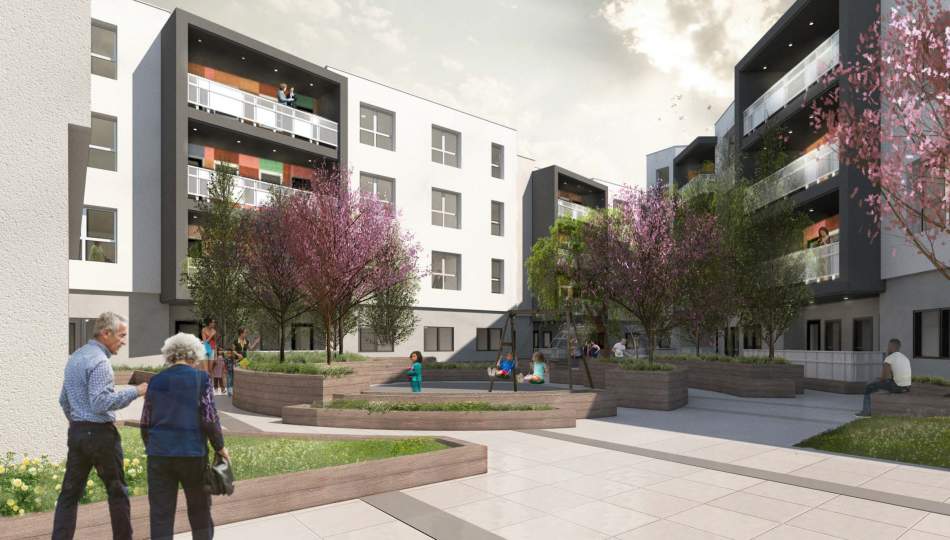 The project, which is rising at 6329 Clybourn Street, will consist of a four-story edifice featuring 103 studio, one-, two- and three-bedroom apartments.  Save two market-rate manager's units, half of the apartments are to be reserved for formerly unhoused persons, while the remaining units would be reserved for families and individuals earning between 30 and 60 percent of the area median income.

KFA Architecture is designing the contemporary low-rise building, which will have a V-shaped footprint and on-site amenities including two community rooms, rooftop decks, a children's play area, and a community garden.  Plans also call for on-site case management and supportive services, which will be provided by Abbey Road's sister organization Penny Lane.

"Rising rents are driving far too many people into homelessness," said Los Angeles County Supervisor Sheila Kuehl in a prepared statement. "Buildings like the Sun Commons mean that 103 households have the security of a roof over their head and the knowledge that they will never have to move because their landlord raised the rent beyond their means to pay it."

While the building itself is not mixed-use, the site sits just near commercial corridors such as Vineland Avenue and Victory Boulevard, where schools, parks, grocery stores, and other amenities are located.

The project, which is funded in part through Measure HHH and Los Angeles County sources, has an estimated price tag of $60 million, according to a 2020 staff report to the California Tax Credit Allocation Committee.  Rents would range from $548 per month for a studio unit at the 30 percent income level to $1,628 per month for a three-bedroom dwelling at the 60 percent level. 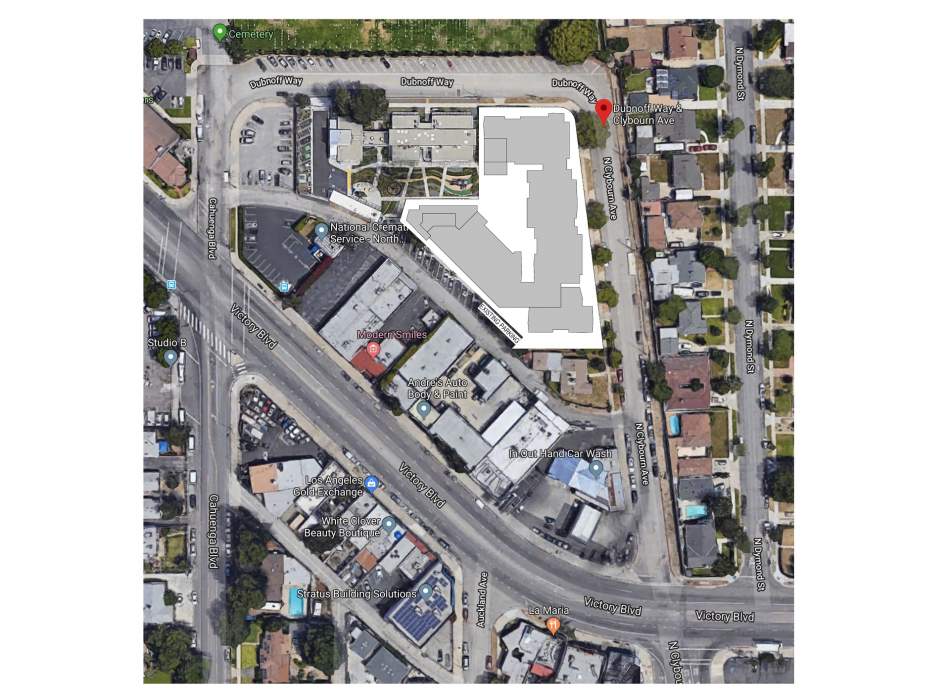 Sun Commons, which is being built by Bernards, is on pace for completion in 2022.

Abbey Road, one of the co-developers, is planning a similar affordable housing project at a property it owns in the North Hills community.

Linc Housing, the other partner, is a prolific builder of affordable housing with multiple ongoing projects in San Pedro, Watts, and South Whittier, among other Los Angeles area communities.