On a previously vacant lot at 9190 Telfair Avenue in Sun Valley, wood framing has reached its peak for a new supportive housing development designed by LOHA, according to an image included in the firm's latest newsletter. 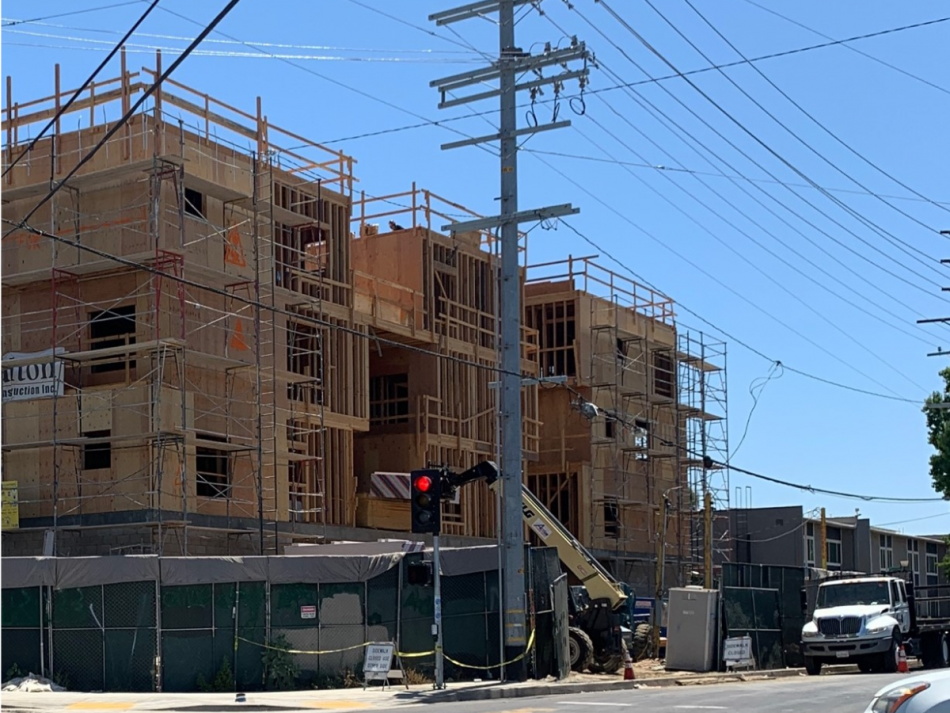 Construction of the Sun King developmentLOHA

The project, which is being developed by Many Mansions, will consist of a four-story edifice featuring 26 apartments - half of which would be reserved for formerly unhoused residents - above a 25-car garage. Plans call for a mix of one-, two-, and three-bedroom units, ranging from 450 to 961 square feet in size, all of which would be reserved for households earning at or below 50 percent of the area median income.

The roughly 30,000-square-foot building, named Sun King, will include a rooftop deck, a community garden, a computer center, and offices for children's services programs.

According to a L.A. city staff report, the total cost of Sun King is estimated at slightly over $17.3 million in mid-2021. 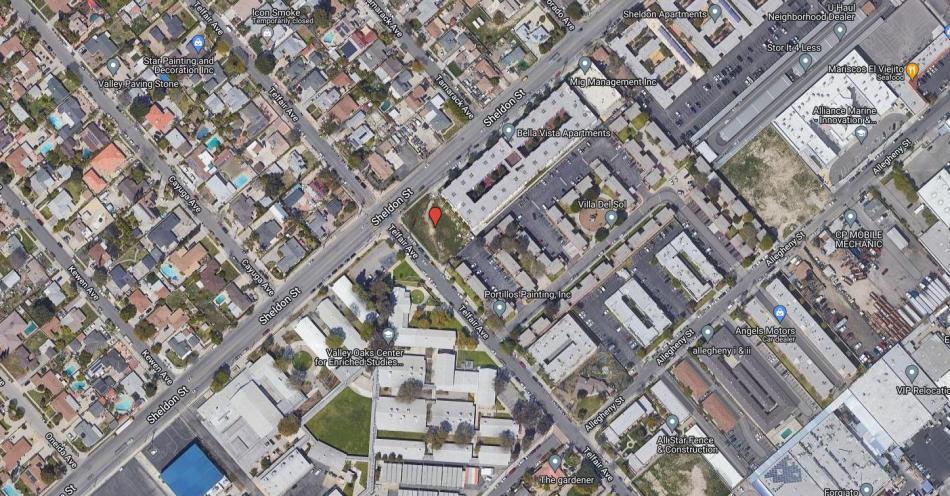 The Sun King project, which is expected to open in 2023, sits a block southwest of a roughly one-acre property at 11957-11963 Allegheny Street which the City of Los Angeles is converting into a public park.

Many Mansions, the developer, is partnering on a similar supportive housing project next to Mariachi Plaza in Boyle Heights.