In Broadway-Manchester, San Diego-based developer Affirmed Housing Group is putting the finishing touches on a new permanent supportive housing project at the intersection of 120th and Main Streets. 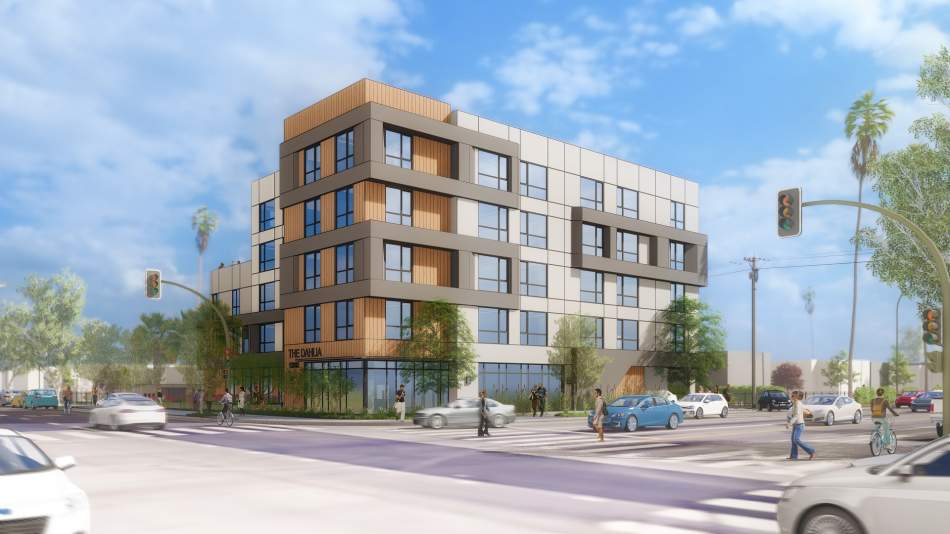 The roughly $30-million project, named the Dahlia apartments, consists of a five-story building that will offer 56 studio and one-bedroom apartments reserved for formerly homeless persons earning up to 30 percent of the area median income.

Designed by AC Martin, the podium-type building is highlighted by cascading terrace decks along its southern face.  That feature, which creates outdoor space for residents, also provides a height transition to the adjacent residential neighborhood. In addition to housing, the project will incorporate a laundry facility, a community room, and offices for on-site supportive services. 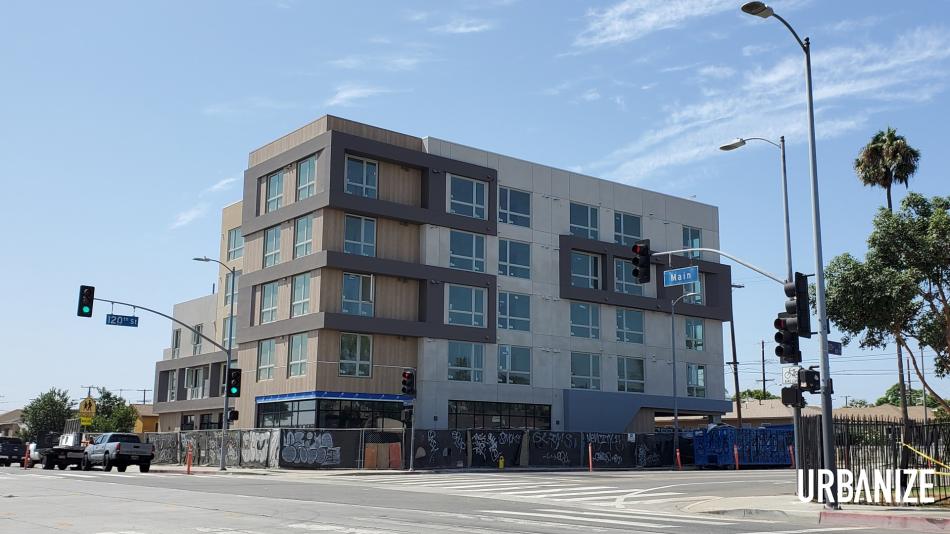 Affirmed Housing is either in the planning stages or construction for similar supportive housing projects in Chatsworth, Sawtelle, and Westmont, and recently completed developments in Westlake and East Hollywood.

The project site sits just under a mile south of Imperial Highway and Broadway, where another permanent supportive housing complex is under construction.