At the southwest corner of 55th and Main Streets in South Park, a vacant auto repair shop has been razed to make way for a new development featuring affordable housing and supportive services. 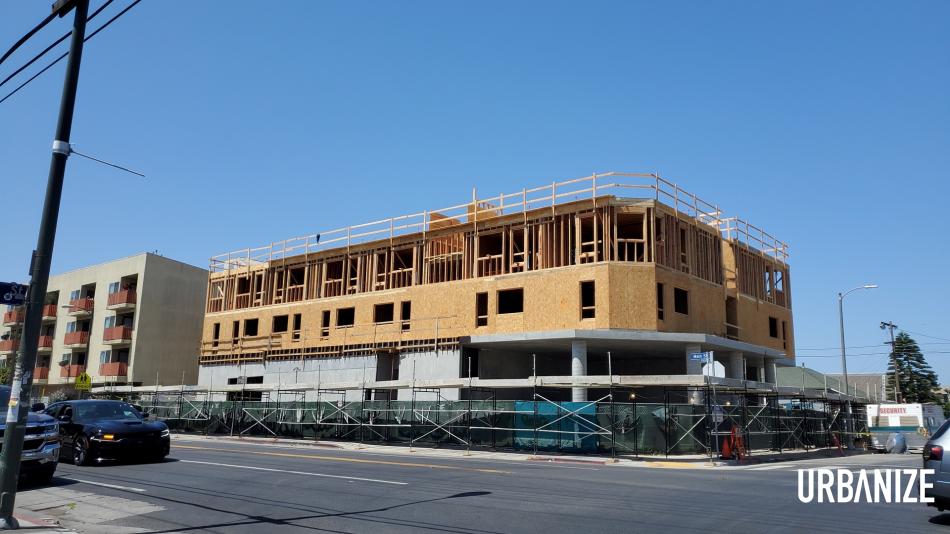 Construction at 55th and MainUrbanize LA

The project, now taking shape at 5501-5513 S. Main Street, is being developed by Gardena-based Highridge Costa Development. A construction permit issued last year by the Department of Building and Safety describes the project as a five-story structure which will feature 57 residential units - 56 of which would be permanent supportive housing.

Egan Simon Architecture is designing the Main Street building, which is depicted in a rendering as a contemporary low-rise structure with a courtyard fronting a 55th Street and a terrace deck on the fourth floor.

Highridge Costa previously partnered on the construction of a mixed-use supportive housing development rising just south of Exposition Park, and has obtained approvals for a similar project near the intersection of 21st Street and Central Avenue.