GoodRx, the company that saves you money at CVS and Walgreens, is lifting the veil on its Santa Monica headquarters. 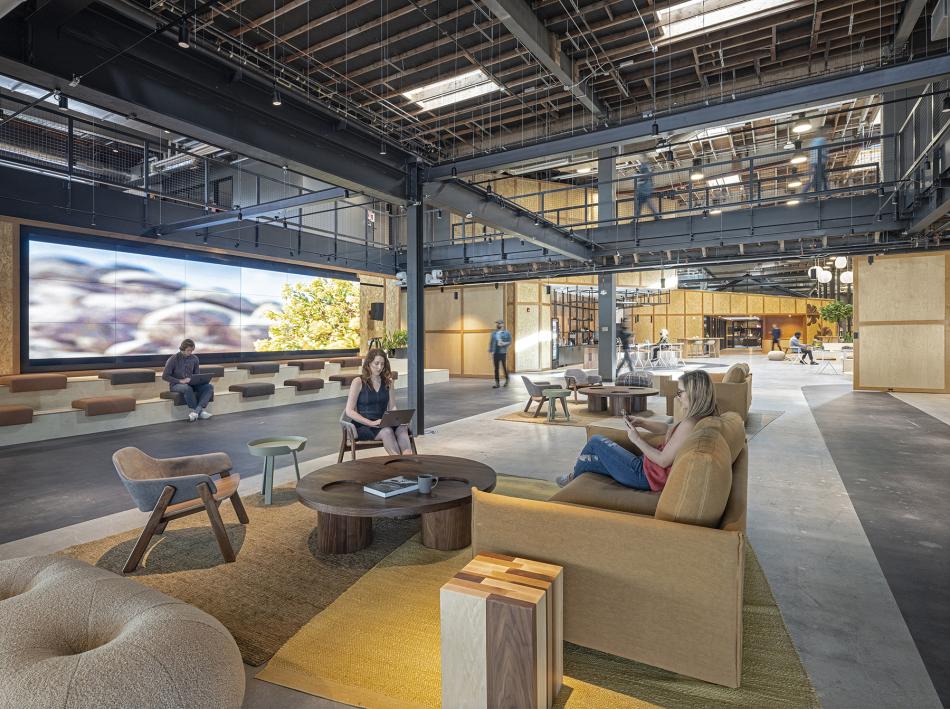 Interior of the GoodRx headquarters in Santa MonicaClune Construction

The 76,000-square-foot space, designed by RIOS and built out by Clune Construction, is located at the Pen Factory - a former PaperMate manufacturing across the street from Metro's 26th Street/Bergamot Station which was converted to offices in 2017.

New additions resulting from GoodRx's arrival at the site include a "structural steel" library, a series of interconnecting staircases, a mezzanine level hosting meeting space, a coffee bar, and a restored 100-year old bar imported from Glasgow, Scotland.  The office is centered on a landscaped atrium lit by six skylights - described as a "central spark" which can be used for companywide meetings.

Construction of the office occurred over a 22-month period, the bulk of which overlapped with the global pandemic. 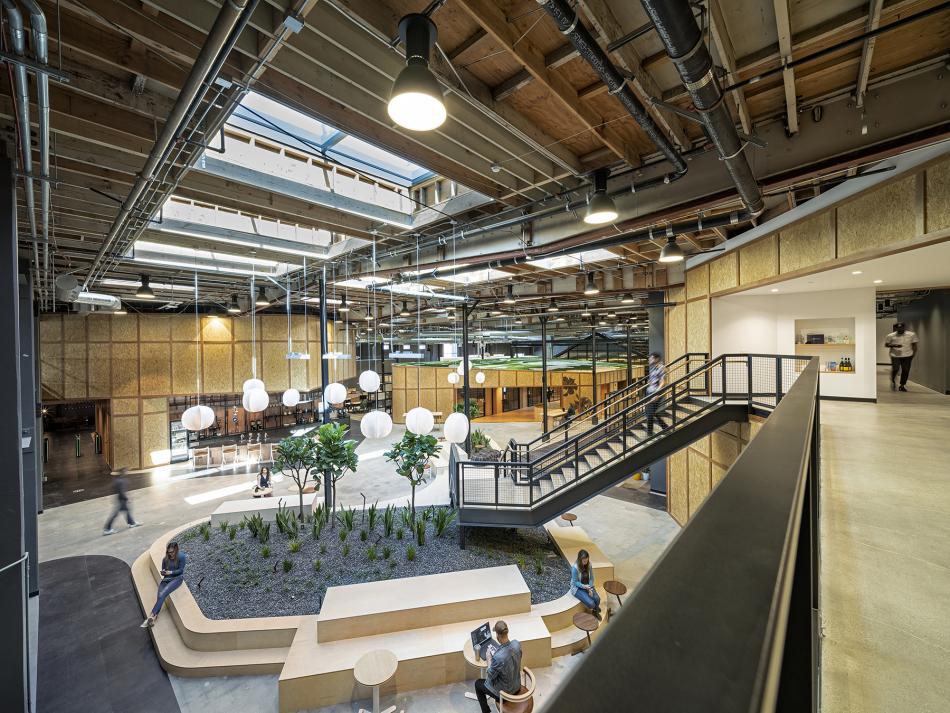 Atrium at the GoodRx headquarters in Santa MonicaClune Construction

Offices were not always the plan for the Pen Factory site. Before co-developers Lincoln Property Company and Clarion Partners got their hands on the building, the nondescript concrete structure was slated to be demolished and redeveloped by Hines with a mixed-use project that would have also included housing and offices.  However, in the face of a ballot measure seeking to block that project's construction, the Santa Monica City Council opted to rescind approvals for the Bergamot Transit Village in 2014.