After three years of construction, Amidi Group is cutting the ribbon at its TENTEN Wilshire expansion in Downtown Los Angeles.

The nine-story building, billed as an expansion of Amidi Group's property at 1010 Wilshire Boulevard, which replaced a longtime parking lot directly across the street  The new concrete-frame structure includes of 376 live/work apartments above ground-floor commercial space and a basement parking garage. 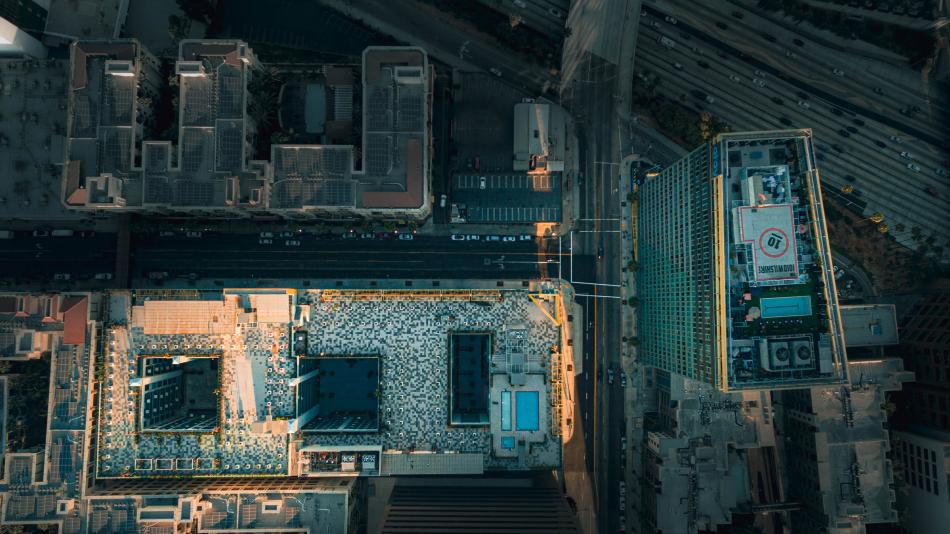 “We are thrilled to be opening the expansion on TENTEN Wilshire,” said Amidi Group chief executive officer Rahim Amidi in a news release. “Our hope is that this location becomes the community hub for Downtown Los Angeles and the greater Silicon Beach community. We want to see families, entrepreneurs, local artists, and more coming together at our building to create a real sense of community and purpose for Los Angeles."

The project, billed as a live/work complex, includes a new location for Amidi Group's incubator "Plug and Play," which will have 100 units of office space.  The building will also include a restaurant and bar, a coffee shop, a spa, and a convenience store.

El Segundo-based Bijan & Associates designed the building, which employs similar exterior finishes to the original TENTEN Wilshire development across the street.  The highlight of the project is a sprawling rooftop amenity deck - billed as the largest space of its type in the United States - featuring 350 trees, a walking path, a dog park, game areas, and multiple swimming pools.  While a portion of the roof level is exclusive to residents, much of the space will be available to outside parties via reservation. 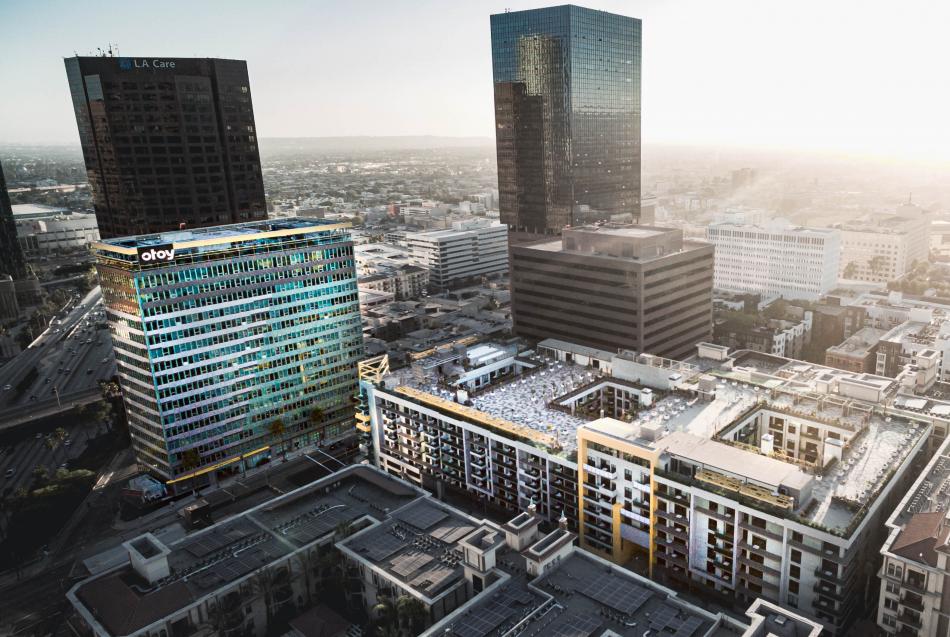 The original TENTEN Wilshire - an adaptive reuse project completed by Amidi Group more than a decade ago - is one of three large projects in the company's Downtown Los Angeles portfolio.  The two existing structures are expected to be followed by another ground-up development from the company: an eight-story apartment building with retail a block south at 1018 Ingraham Street.

Outside of Downtown, Redwood City-based Amidi Group has also secured approvals to build a similar mixed-use project with more than 200 homes and commercial space in Glendale.