The Orange Flats, located at 1130-1134 N. Orange Drive, consists of a six-story building that will feature 24 apartments above parking for 21 vehicles at completion. Plans call for a mix of one- and two-bedroom floor plans, which will range from 650 to 1,650 square feet in size. 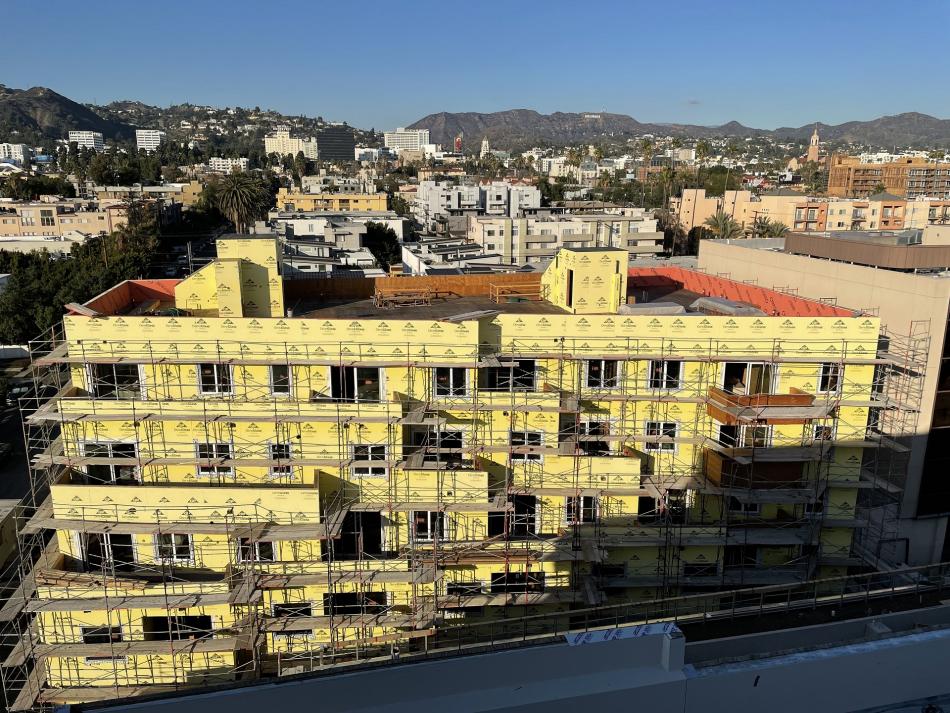 The project uses density bonus incentives to permit a larger structure than would be typically allowed by zoning rules. In exchange, three of the new apartments are to be set aside as affordable housing at the very low-income level.

Designed by OfficeUntitled, the most distinctive feature of the building is a series of terraced decks facing the southern property line. The cascading setbacks will be used to create a balcony or private patio for each of the residential units, with spaces ranging between 50 and 200 square feet in size. 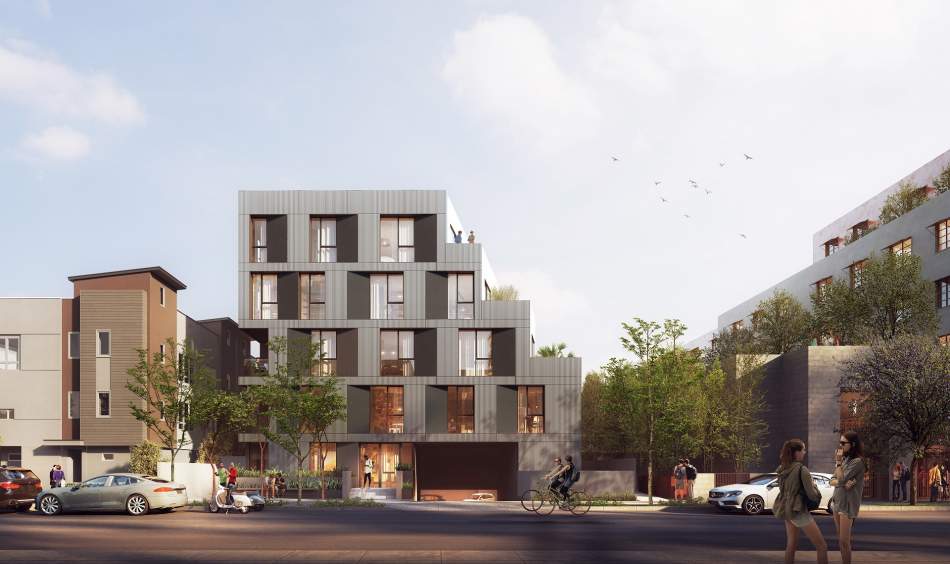 Completion of the Orange Flats is expected in 2023.

The development site sits immediately north of the intersection of Orange and Santa Monica , where Onni Group is now building a mixed-use project which will feature 231 apartments and ground-floor commercial space. That building, which scales down to two-story townhomes along its northern property line, mirrors the cascading roofline of the Massachi development.

Massachi, in addition to the Orange Flats, is also partnering with DM Development on a proposed 24-story apartment tower just north of Hollywood Boulevard along Bronson Avenue.