At a meeting scheduled for January 18, a consortium of local agencies is set to present design concepts for a new L.A. River Greenway at the Taylor Yard in Glassell Park. 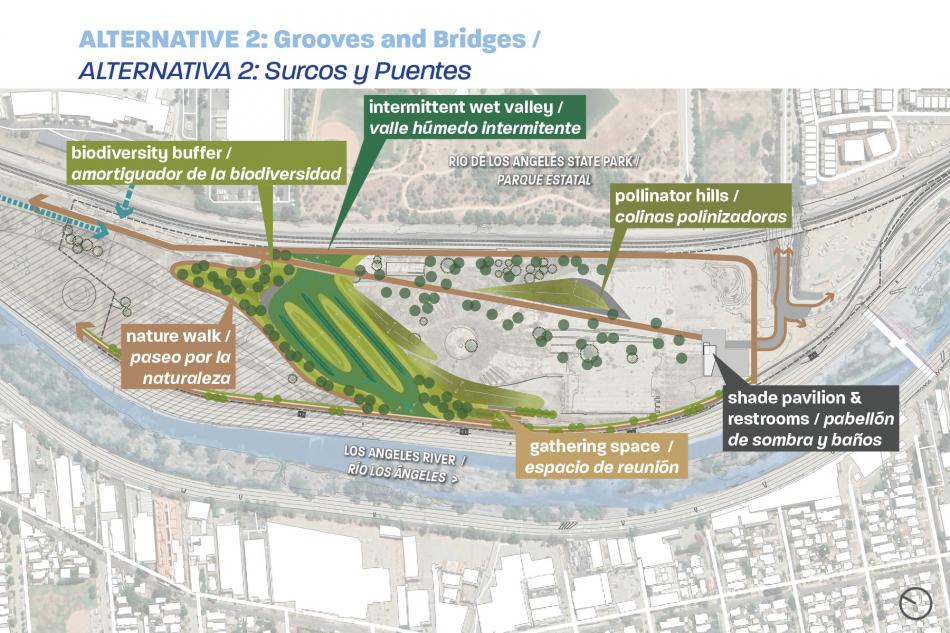 The Paseo del Rio project, which will span one mile along the east side of the river, is the first project of the 100 Acre Partnership, a joint effort by the City of Los Angeles, the State Parks Department, and the Mountains Recreation and Conservation Authority to create 100 acres of public green space on the former site of a Southern Pacific freight rail yard.

The three concepts, which are also the subject of a community survey, include:

All three alternatives include walking paths and gathering spaces, situated among natural areas and wetlands habitats. 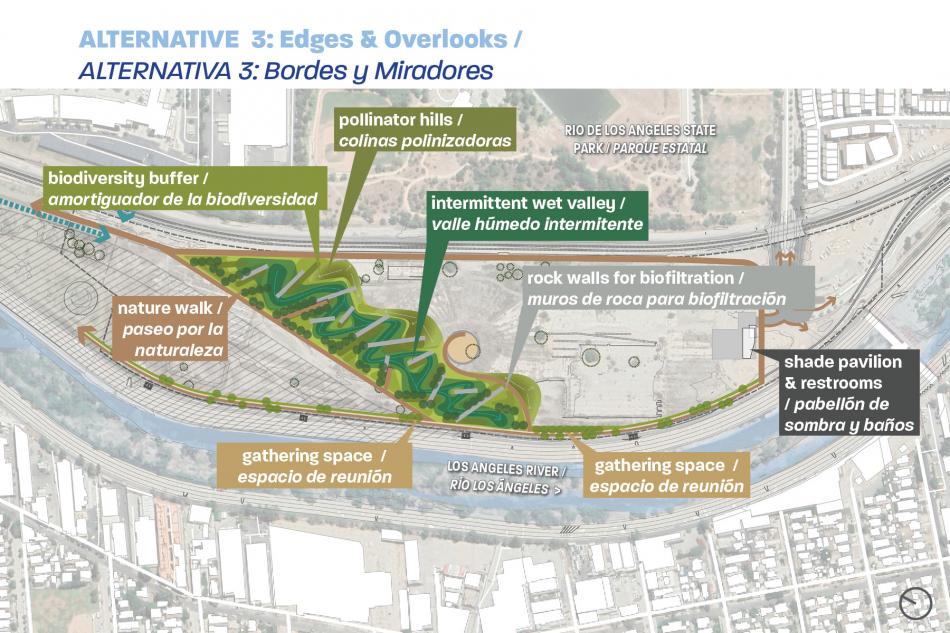 The Eastsider reports that the final design should be presented sometime this spring, with construction tentatively scheduled to kick off in late 2025.

The Taylor Yard, once described as the "crown jewel," of the L.A. River Restoration, may cost more than $1 billion in and of itself to realize as park space. That price tag is roughly equivalent to the estimated cost of the full restoration program when it was announced in 2014.