The sleek but sterile streetscape of Bunker Hill long epitomized every negative stereotype about Downtown Los Angeles.  The neighborhood - once an elite residential enclave - was razed in the mid-20th century to allow for the construction of a collection of corporate office towers.  Those buildings have combined to create one of the densest employment clusters west of Chicago, but their expansive plazas and a dearth of street-fronting retail space have also limited the potential for vibrant pedestrian activity in the neighborhood.

Los Angeles' political elite - led by the legendary Dorothy Chandler - made Bunker Hill into a cultural destination starting in the 1960s with the establishment of the Music Center.  Its collection of performing arts venues has grown to be one of the most expansive in the United States, and has been joined in subsequent decades by other offerings such as the Colburn School and the Museum of Contemporary Art.

Yet none of those attractions truly activated those streets.  That would not truly happen until 2015 with the opening of The Broad, a $140-million museum that serves as the permanent home for the art collection of its namesake - Eli Broad.  Despite housing the work of artists such as Yayoi Kusama, Jeff Koons, Ed Ruscha, Andy Warhol, and Cindy Sherman, it is arguably The Broad's free general admission that serves as its biggest draw.  Its popularity is evidenced by the immense standby line that frequently wraps around the museum's perimeter, snaking down both 2nd Street and Grand Avenue.

The same year also saw the arrival of The Broad's next-door neighbor - the Emerson apartment tower.  The 19-story building, developed by Related Cos. as part of the larger Grand Avenue Project, is linked to the neighboring museum through a park-like plaza - complete with a mature grove of olive trees.

See the changes below in before-after images captured by architectural photographer Hunter Kerhart in May 2013 and July 2018.

Additional projects such as the Regional Connector subway - which will have a station nearby and 2nd and Hope Streets - and a Frank Gehry-designed tower complex across the street from The Broad are also on the horizon. 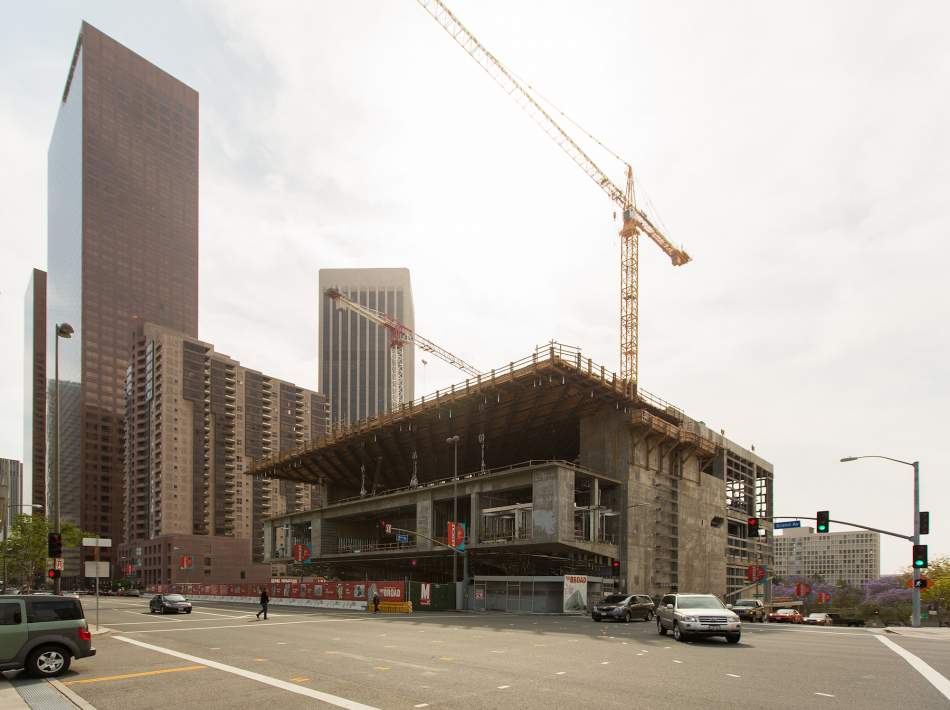 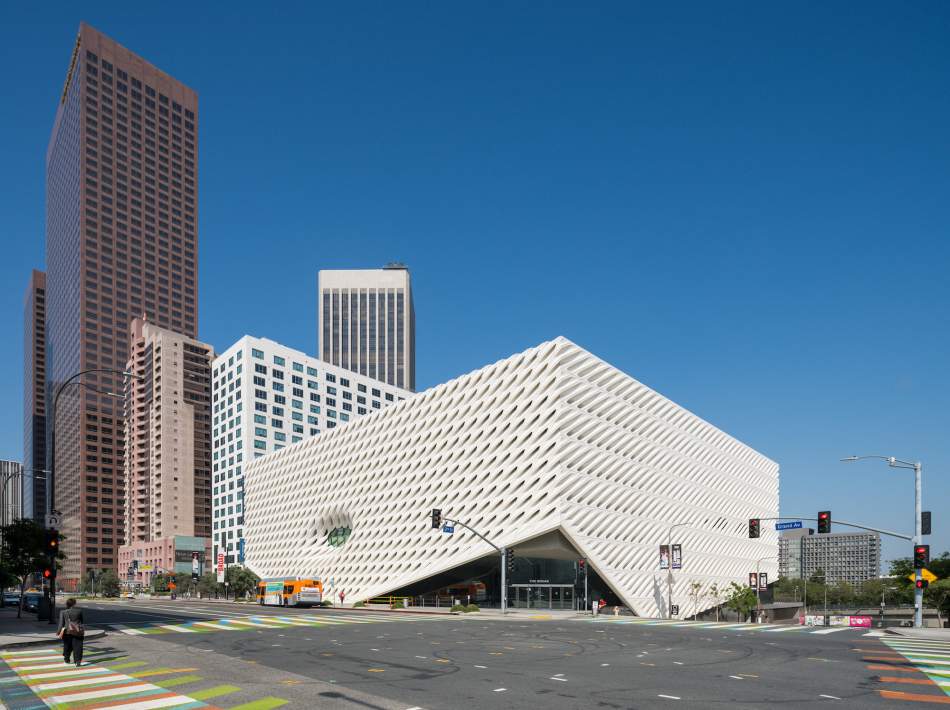