Since the historic United Artists Building in Downtown Los Angeles was converted into an Ace Hotel in 2014, the surrounding stretch of Broadway has undergone a transformation of sorts.  The trendy hotel attracted a number of equally trendy shops and restaurants to the Fashion District and the Historic Core, but its most prominent new neighbor is the hulking 10-story apartment building across the street.

Broadway Palace, built by pioneering Downtown developer Geoff Palmer, features 686 apartments above more than 50,000 square feet of retail space in two buildings on opposite corners of Broadway and Olympic Boulevard.  Construction of the mixed-use complex's second and final phase was completed earlier this year.

Unlike the series of Italian Renaissance-inspired apartment buildings which Palmer has constructed along the Harbor Freeway, Broadway Palace is designed to imitate the look and feel of the vintage commercial office buildings which line much of Broadway.  This is due to stipulations in the Broadway Theater and Entertainment District Design Guide, which mandated a minimum 10-story height along Broadway and exterior finishes that were compatible with adjacent structures.

The apartments are now leasing, and retailer West Elm is building out a new store at the ground level of the building which sits across the street from the Ace Hotel.

Compare the perspective looking south from 9th and Broadway in April 2016 to August 2018 in images captured by architectural photographer Hunter Kerhart. 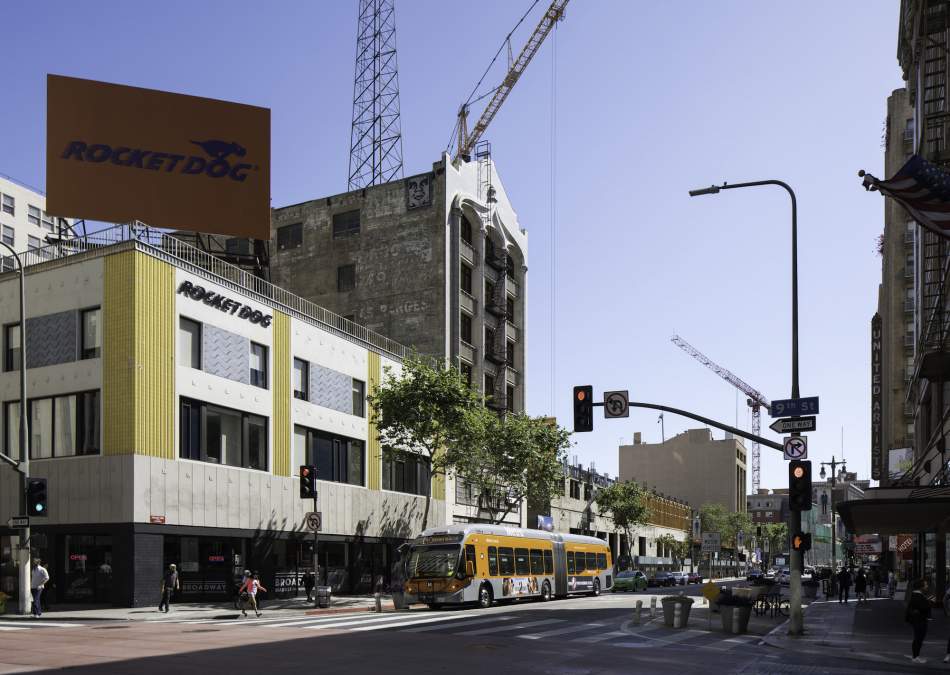 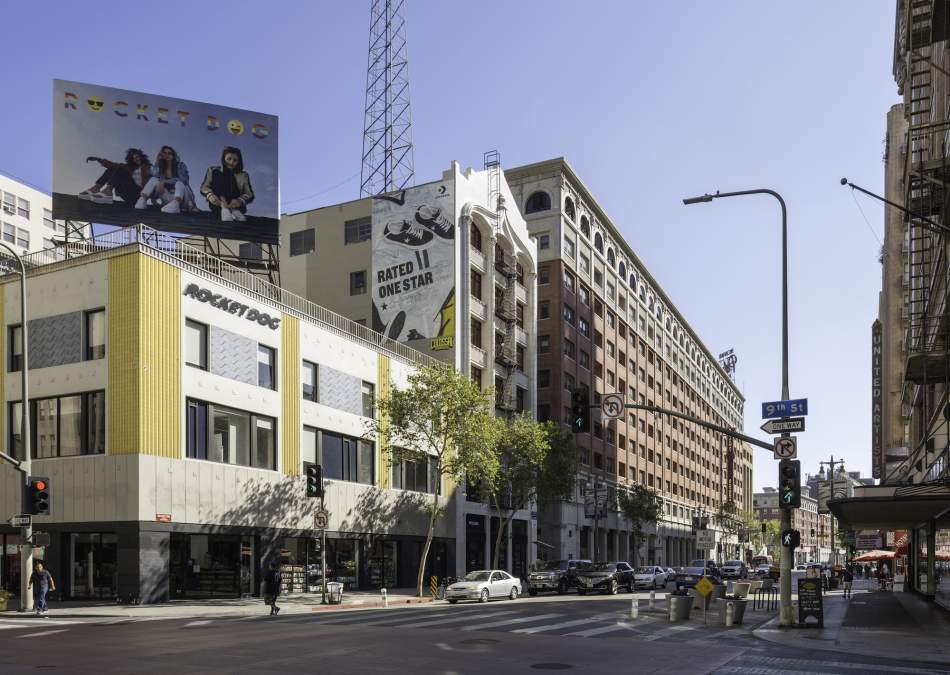