This week's edition of Throwback Thursday is a return to two familiar subjects.

Over the past five years, the biggest additions to the Downtown Los Angeles skyline are unquestionably the $1-billion Metropolis development and the 1,100-foot-tall Wilshire Grand.

The before image, captured by architecture photographer Hunter Kerhart in July 2015, came at a time when the Wilshire Grand had just begun peering over the top of adjacent buildings.  Metropolis, little over one year into construction, was not yet visible from the north.

The after image, taken in September 2017, shows the Wilshire Grand in its completed state, with an LED crown that stands out as a new gem in the night sky.  At the right side of the image, the third and fourth towers of Metropolis have a commanding presence between the Financial District and South Park. 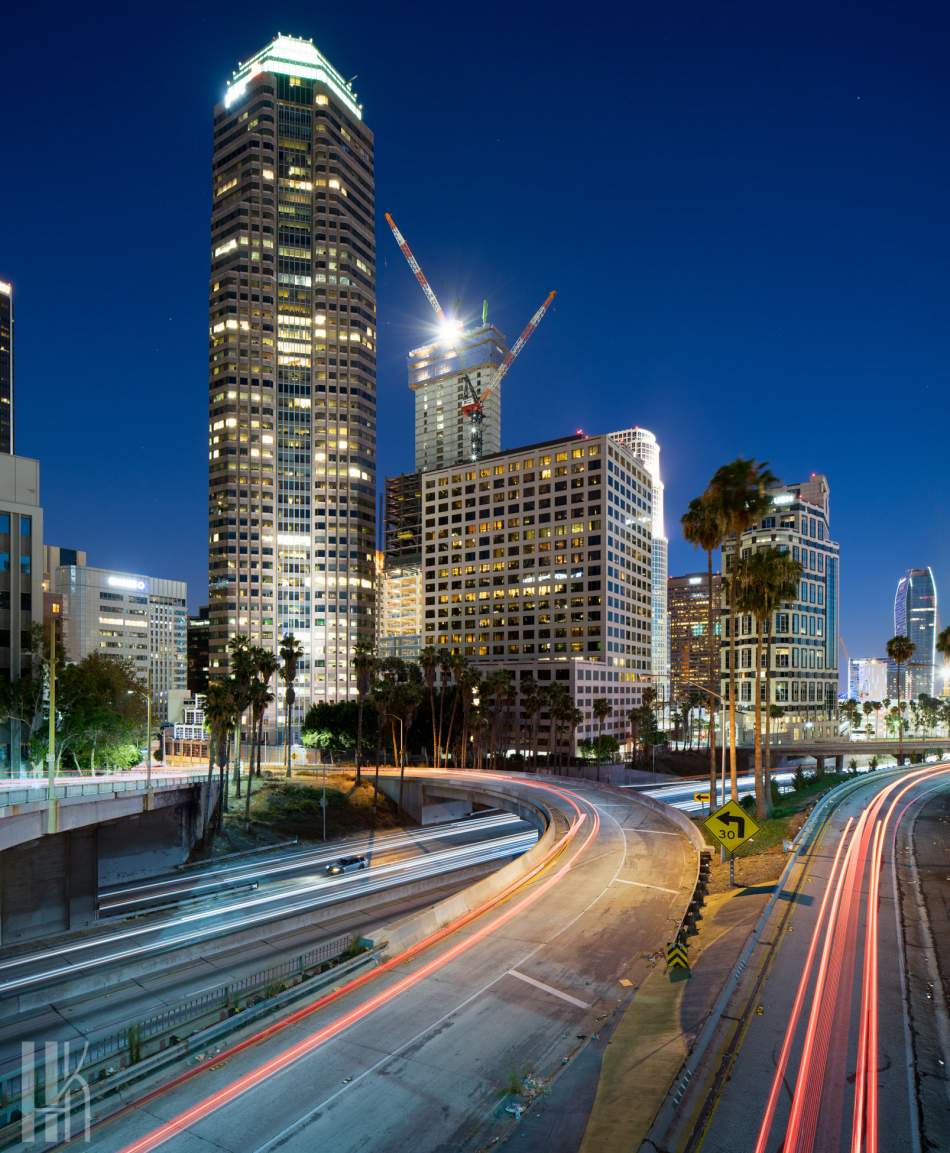 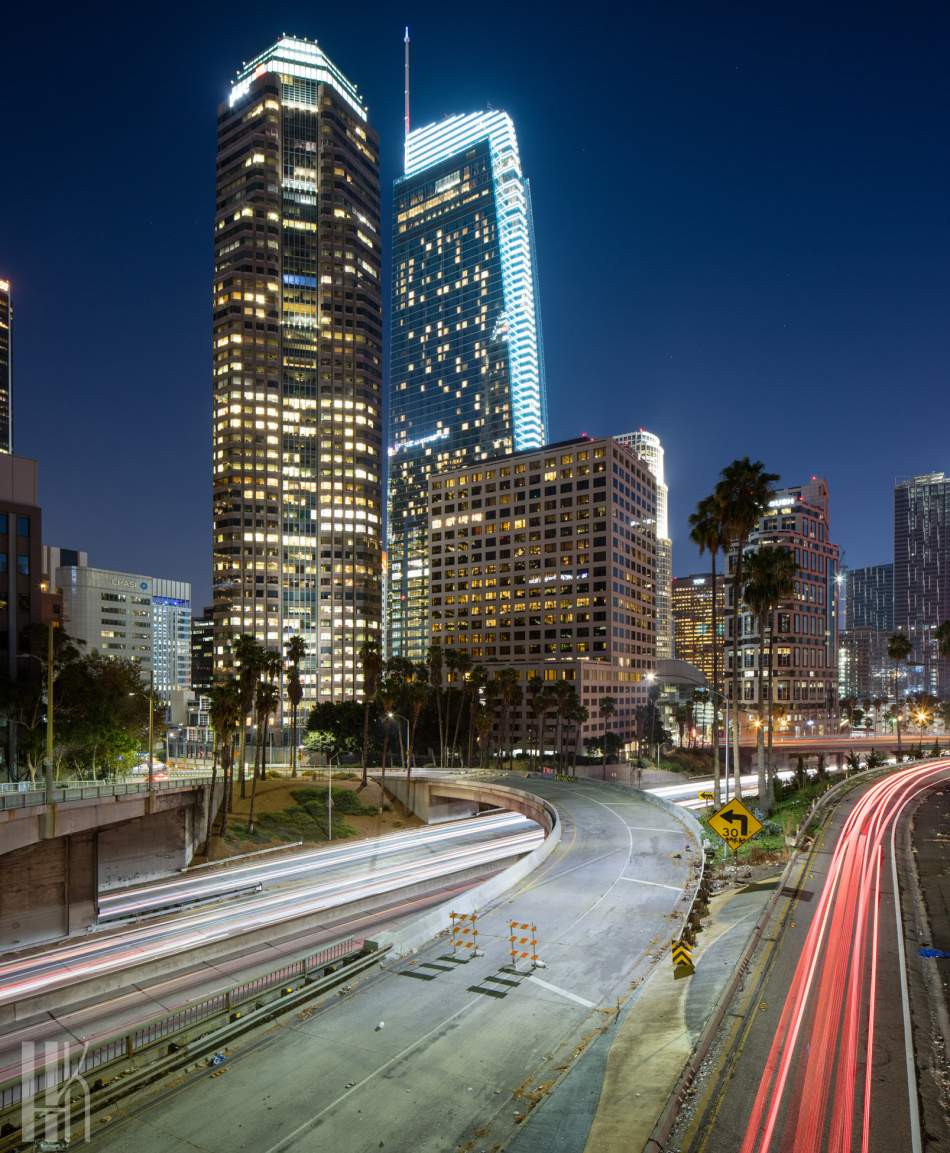