Over the past three years, a series of high-rise developments have rewritten the Downtown Los Angeles skyline.  No better evidence is needed than the before-and-after images displayed below.

Architectural photographer Hunter Kerhart snapped the first image from a helicopter in February 2014, at a time when the 1,100-foot tall Wilshire Grand was little more than a hole in the ground and the four-tower Metropolis development had yet to break ground.

More changes to the skyline may also be on the horizon: plans emerged last month for a trio of proposed high-rise buildings flanking the Harbor Freeway. 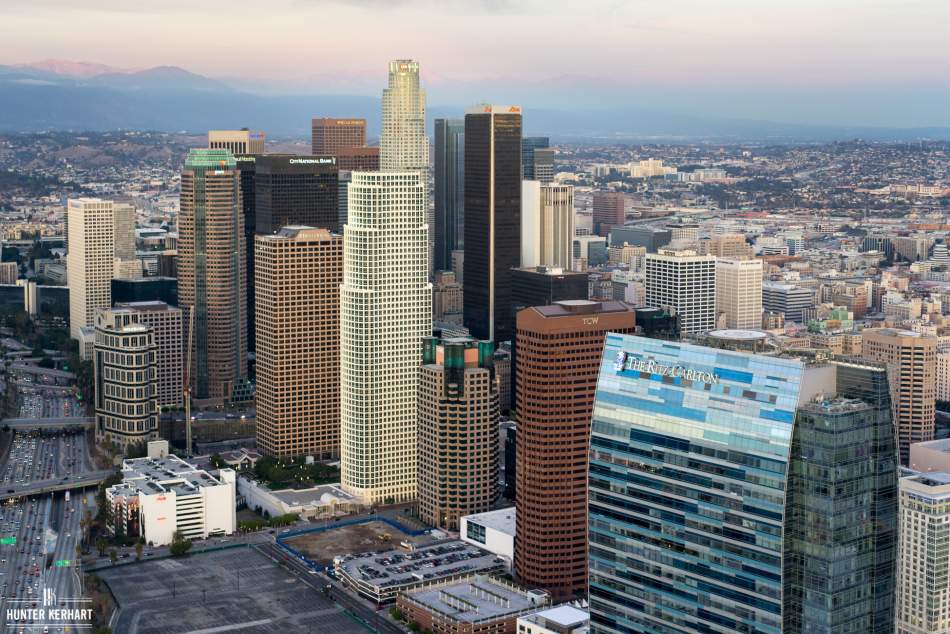 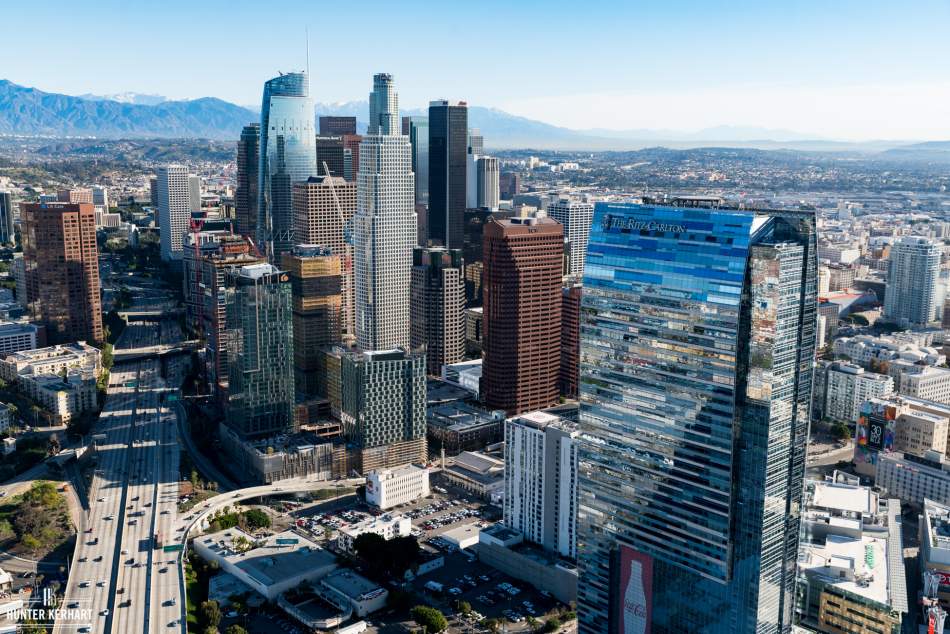