A wave of residential construction has made modern Downtown Los Angeles nearly unrecognizable to those familiar with its pre-21st century identity.  While the changes are most apparent at street level, the transformation is also apparent from above.

The before image, scanned from a postcard, shows Downtown as it appeared in the late 1990s and early 2000s.  South Park was a place where people left their cars, with acres of parking lots stretching around the L.A. Convention Center.  The construction of Staples Center, seen at the lower left hand corner, would be a catalyst for the things to come.

The after image, taken by Hunter Kerhart in January 2017, shows what the past 17 years have brought.  Major developments such as the Wilshire Grand, Metropolis, Oceanwide Plaza, L.A. Live and Circa have transformed both the streetscape and the skyline. 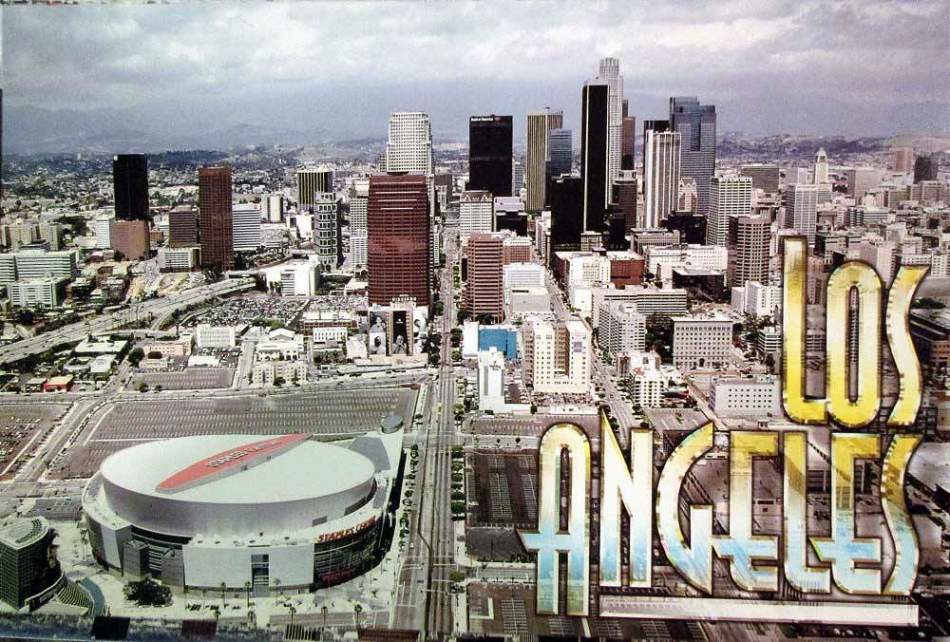 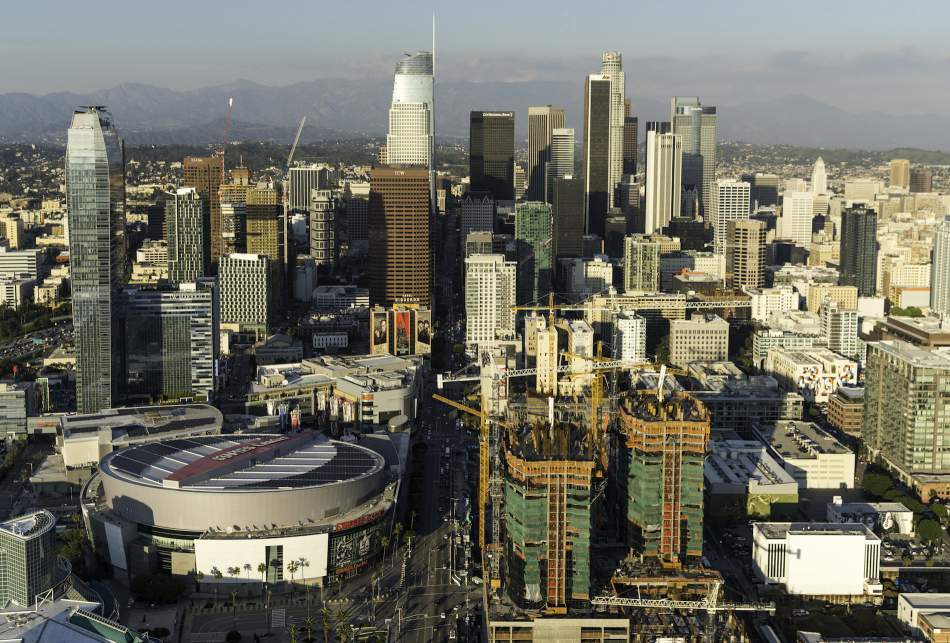