During weekday business hours, Los Angeles City Hall's Observation Deck offers a unique (and cost-free) perspective of the Downtown skyline.  For decades, a stagnant market for commercial office space meant that the southern view from the 28-story tower went unchanged.  The last four years are a different story.

The before image, taken in 2012 by architectural photographer Hunter Kerhart, captured Downtown in the nascent days of its recent construction boom.  The longtime dirt pit at 1st Street and Broadway remained as such, and no cranes are visible in the background.

Now in 2017, this perspective has filled out in small but significant ways.  A new Federal Courthouse has replaced the aforementioned dirt pit, and another Civic Center eyesore across the street has been cleared for a new public park.  The Broad Museum and the Emerson apartment tower have come to Grand Avenue on the right side of the image, and the towers of South Park are rising in the background.

This view can be expected to change even more in the coming years, with a partial redevelopment planned for Times Mirror Square in the distant future, and a groundbreaking scheduled next year for the $1-billion Grand Avenue Project. 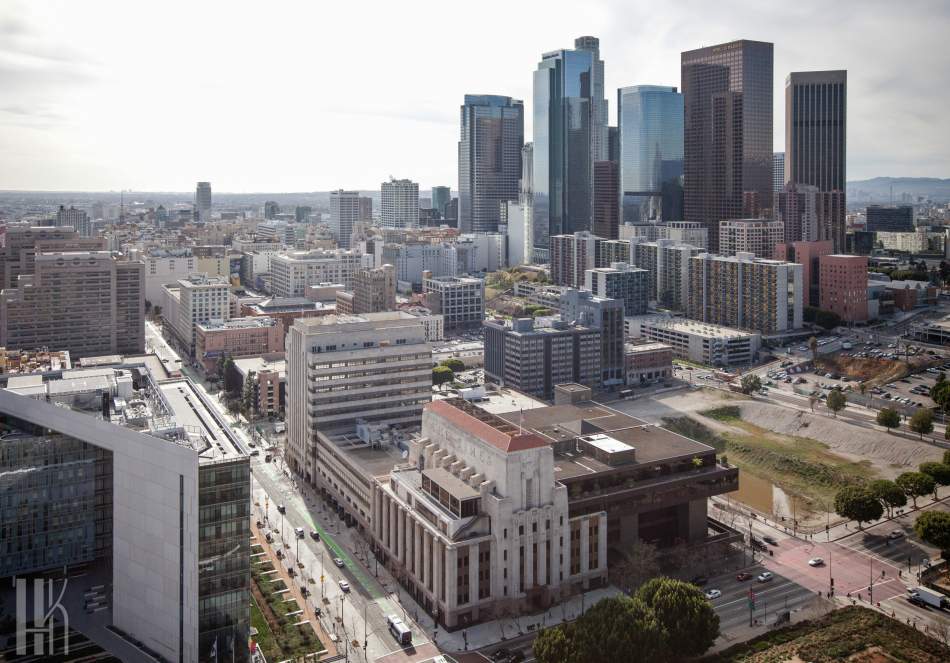 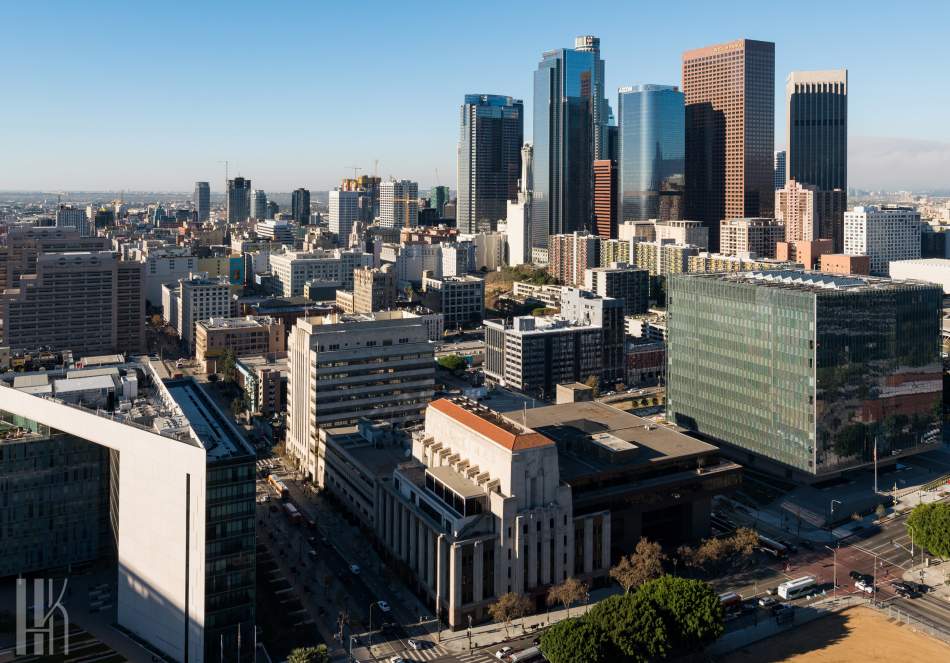