At the intersection of Leeward Avenue and Hoover Street in Westlake, a century-old brick building most recently used as a tire shop is being razed to clear the way for a mixed-use apartment complex. 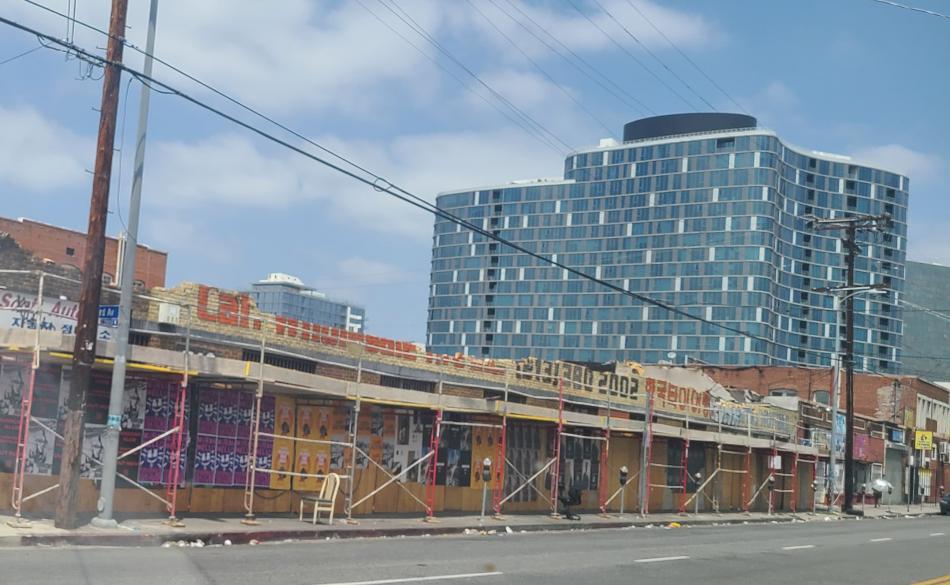 The project, which was approved by Planning officials in 2020 and recently secured building permits, calls for the construction of a six-story building containing 38 apartments above roughly 1,000 square feet of ground-floor retail space and a 19-car garage.

A total of four apartments would be set aside as deed-restricted affordable housing, making the project eligible for Transit Oriented Communities incentives permitting a larger structure than otherwise allowed by zoning rules.

Los Angeles-based AFCO Design is serving as the project's architect, which is depicted in renderings as a contemporary podium-type building clad in stucco and capped by a rooftop amenity deck. 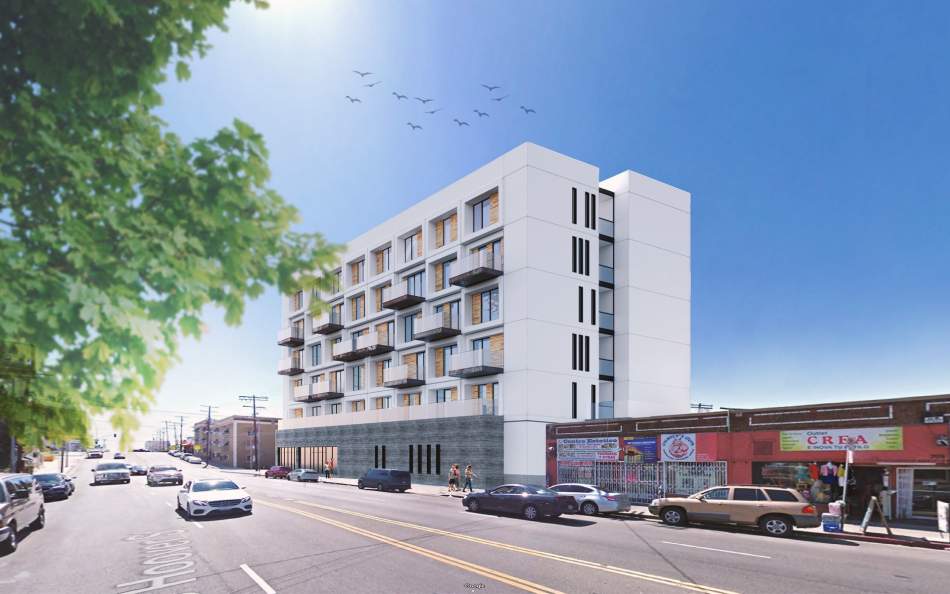 The project joints a handful of similar projects now in construction or planning on Westlake's border with Koreatown, including new apartments on the opposite side of Hoover Street and a larger mixed-use complex slated for a vacant lot on 7th Street.