The site of a shuttered auto repair garage in Toluca Lake could be redeveloped with multifamily housing, according to an application  published earlier this month by the Los Angeles Department of City Planning. 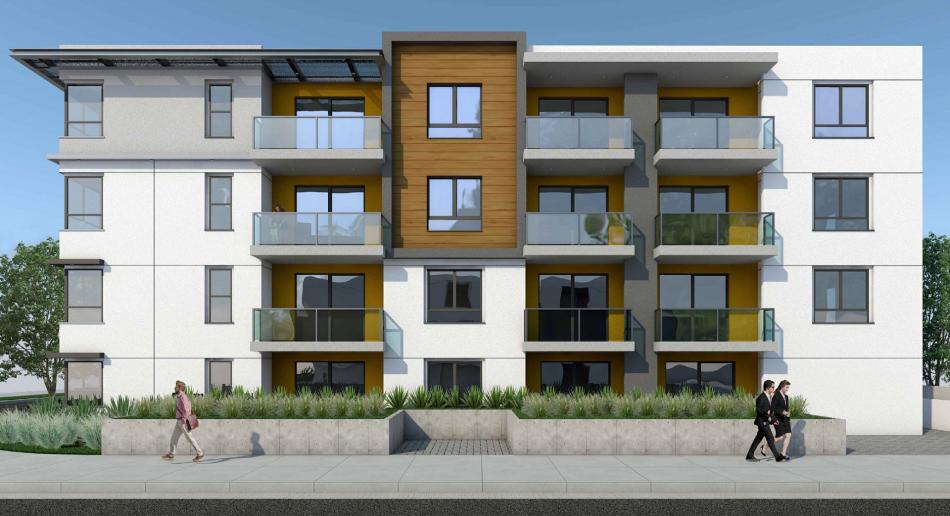 The property, per the entitlement submittal, would rise from the northwest corner of Vineland Avenue and Moorpark Street.  Plans call for the construction of a four-story edifice featuring 31 residential units above a two-level basement parking garage for 51 vehicles.

Project applicant Andre Jackson, through the entity London Estates, LLC, has proposed a by-right project that would feature a mix of one- and two-bedroom dwellings ranging from 600 to 1,135 square feet in size.  In exchange for density bonus incentives allowing for increased floor beyond limits imposed by zoning rules, four of the new units would be set aside as affordable housing priced at the very low-income level. 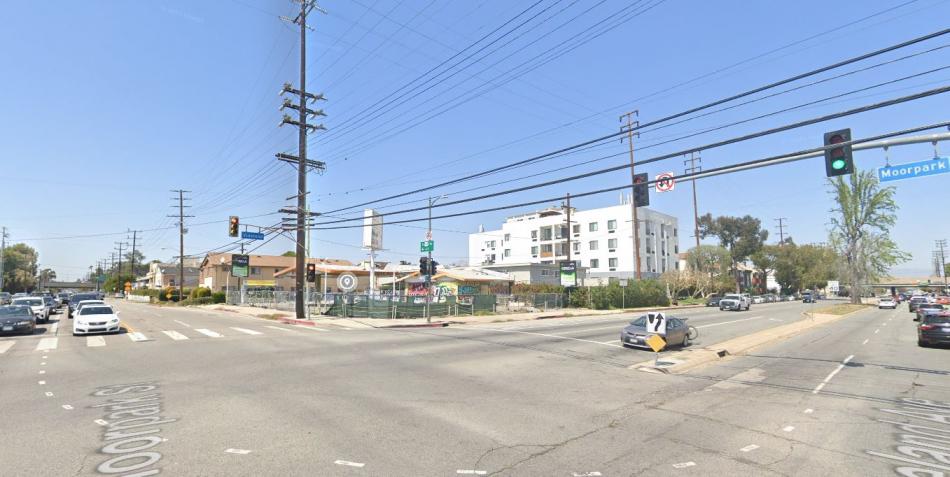 Jackson's application also includes a tract map which would permit the project to be sold as condominiums.

GA Engineering is designing the proposed low-rise structure, which is depicted in renderings as a wood-frame structure clad in white stucco and wood siding.  Architectural plans show outdoor decks located at a second-story setback and at the roof level. 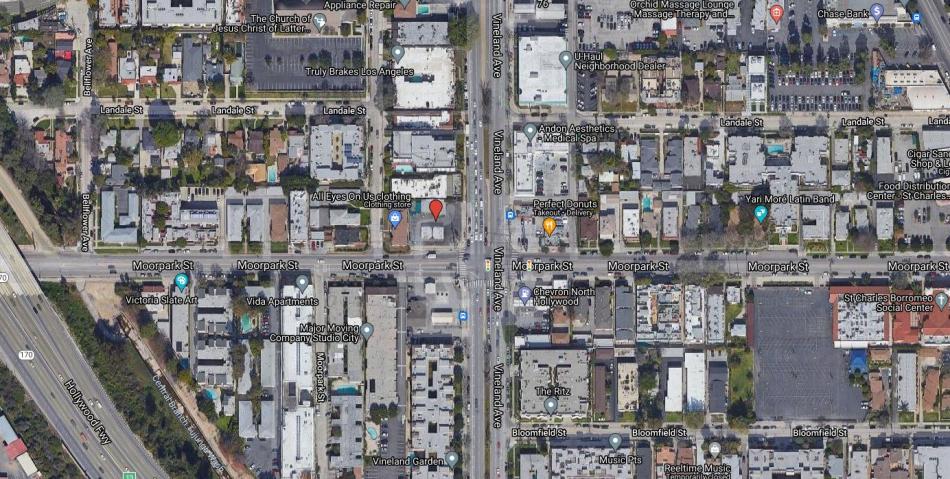 The proposed project would rise less than a block east of the Vida apartments, a 96-unit development recently completed by Frost/Chaddock, and a block west of proposed mixed-use projects at Lankershim Boulevard's intersections with Riverside Drive and Whipple Street.