A tire and auto body repair shop in Toluca Lake could make way for multifamily housing and retail space, according to plans submitted recently to the Los Angeles Department of City Planning. 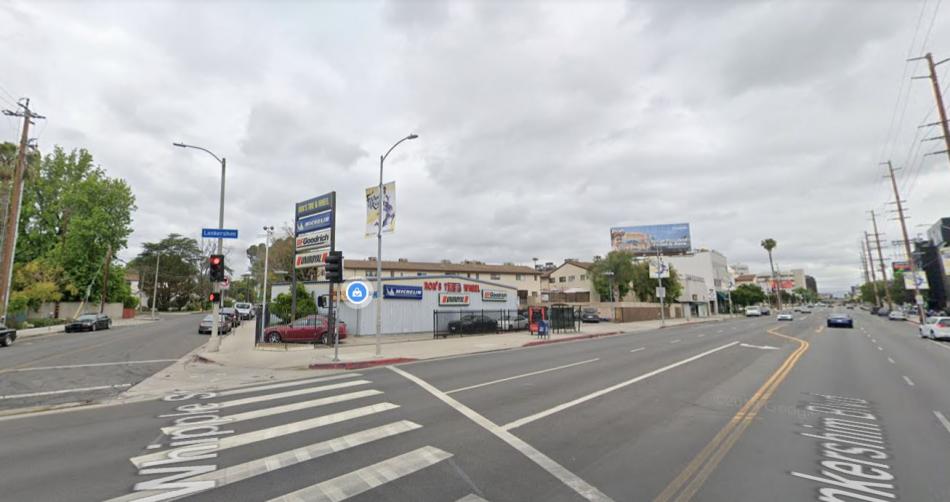 The project site, a corner lot at 4305 N. Lankershim Boulevard, is slated for the construction of a new four-story edifice featuring 27 one- and two-bedroom apartments above 3,283 square feet of ground-floor retail space and a two-level, 56-car subterranean parking garage.

The applicant, listed in city records as the Zareh & Lisa Krumian Family Trust, has requested the approval of density bonus incentives permitting a larger structure than otherwise allowed by zoning.  In exchange, three of the proposed apartments would be set aside as affordable housing at the very low-income level.

Envirotecture is designing the apartment complex, named Whipple Gardens for its east-west cross street, which would include a trio of outdoor amenity decks for residents.  A rendering depicts a stucco-clad low-rise building.

The proposed apartment complex is one of the few examples of multifamily housing creeping south of the Ventura Freeway along Lankershim Boulevard, which has seen a host of new and proposed developments in the neighboring North Hollywood community.  A larger project slated for a site four blocks north at Riverside Drive would convert an existing office building into apartments while construction additional homes on an adjacent parking lot.