In an industrial corner of Torrance, construction is in full swing at the site of a new transit hub that is expected to one day serve as the western terminus of Metro's C (Green) Line. 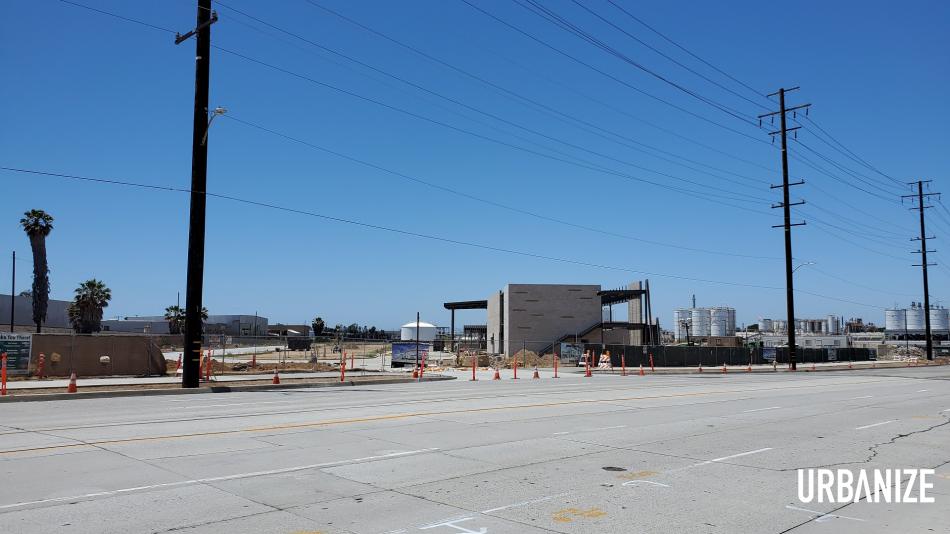 The project, formally known as the Torrance Transit Park and Ride Regional Terminal, is located on a triangular property near the intersection of Crenshaw and Del Amo Boulevards.  The facility, which will be hemmed in by a lumber yard and oil refineries to the north and an industrial park to the east, will include:

The facility is being designed by Frank Webb Architects.

Construction of the transit center, which began with a groundbreaking ceremony in 2018, has faced repeated delays over the past decade, most recently when the City of Torrance fired the more than $21-million project's contractor.  Work is now expected to be completed in late 2021, according to a project website.

While the 15-acre transit center currently sits in an isolated pocket, it is intended to eventually connect to the Metro rail network through a planned extension of the C Line from its current terminus in Redondo Beach.  Based on the Measure M expenditure plan, The South Bay Extension is currently scheduled to break ground in 2026 and open sometime between 2030 and 2033.