A car dealership which has long occupied a prominent site on Hollywood Boulevard could be razed and redeveloped with a mixed-use, high-rise complex, according to plans being submitted today to the City of Los Angeles.

The Sullivan family, owners of the Toyota of Hollywood dealership at 6000 W. Hollywood Boulevard, will seek approvals to redevelop the 3.7-acre site with a series of buildings featuring a combination of housing and commercial space. The site would be punctuated by a 35-story residential tower to the east and a six-story office building to the west.

Between, plans call for a series of low-rise buildings, described as a residential village, lined by new public plazas, shops, and restaurants at the ground level. The high-rise and low-rise structures all include setbacks and terrace decks to provide additional private open spaces for tenants, including an elevated amenity deck with a clubhouse and a rooftop pool and spa in the proposed tower. 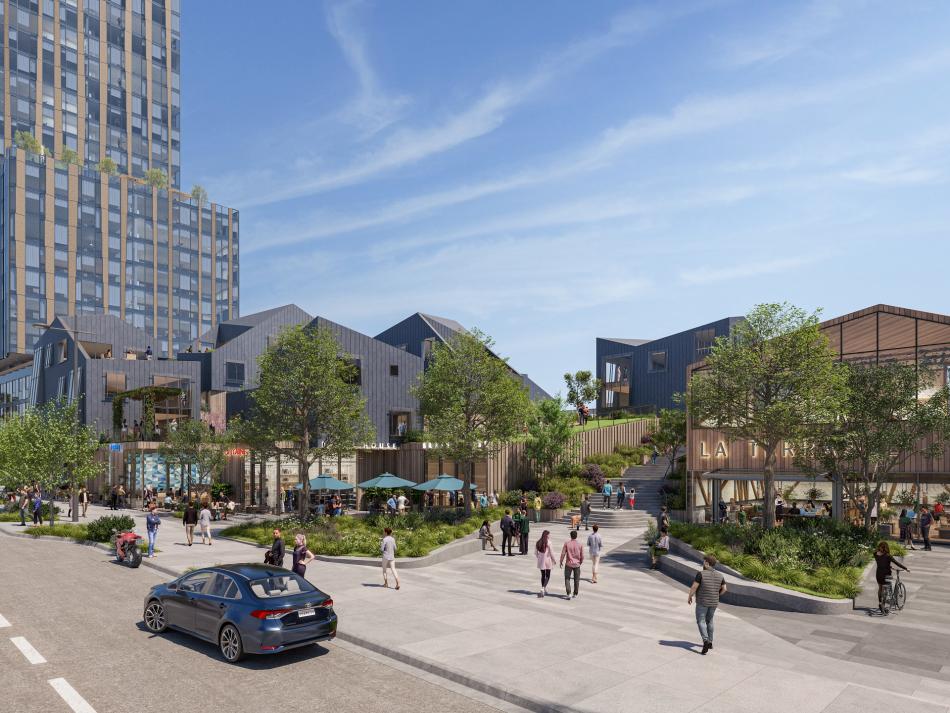 “We have envisioned a truly mixed-use campus where people will be able to live, work, and play right on Hollywood Boulevard,” said Mike Sullivan in a news release. “We believe this development will extend the great energy of Hollywood Boulevard farther east and offer a new gathering place for Hollywood residents and visitors. The composition of a low-rise village as a counterpoint to the denser structures proposed at either end of the project enables an urban-scaled framed view to emerge within the pedestrian-oriented heart of the project."

The project, which in addition to the dealership site will also include a smaller residential building fronting Carlton Way to the south, will include a total of 350 residential units - 44 of which will be set aside for rent as affordable housing at the very low-income level. Plans also call for 136,000 square feet of offices, approximately 23,800 square feet of retail space (including a 6,000-square-foot space to replace the existing dealership), and parking for 971 vehicles.

OfficeUntitled is designing the Toyota redevelopment, which is intended to evoke the canyons of the Hollywood Hills.

“Our design will bring the curving nature of the Hollywood Hills down into the basin,” said project representative Brian Lewis. “The low-rise village scheme enables us to create a suburban atmosphere in an entirely urban setting for those residents.” 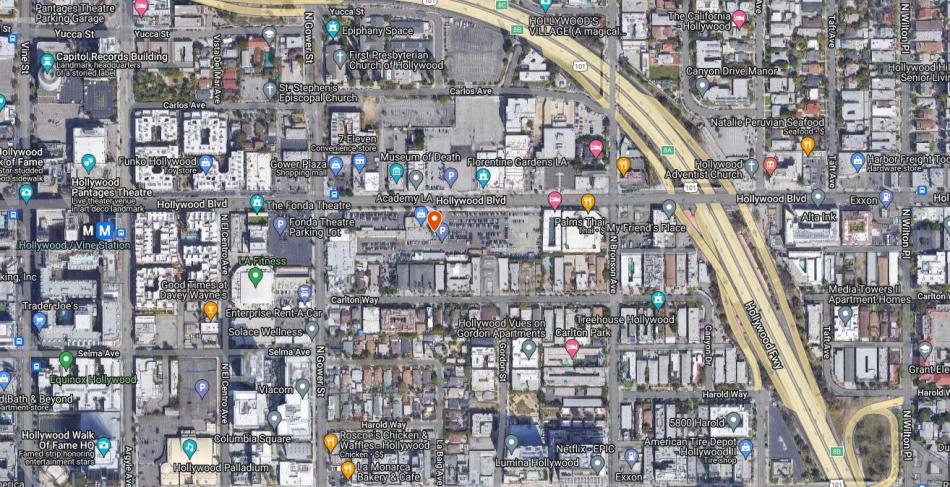 The open spaces incorporated into the project are expected to host community-serving functions such as food trucks, movie screenings, farmers' markets, and musical performances.

The Toyota site sits less than one block from the eastern terminus of the Hollywood Walk of Fame, an area which has seen thousands of apartments displace parking lots within the past decade. While the new tower would eclipse the height of neighboring properties, there is already a precedent for height nearby. One block south, a high-rise was built as part of Kilroy Realty's Columbia Square redevelopment, and additional towers have been approved to replace parking lots next to the Fonda Theatre and the Lombardi House.