At its meeting on August 24, the Culver City Planning Commission is scheduled to review a proposal from Bastion Development Corp. to redevelop the former site of a 99 Cents Only Store at 12727 Washington Boulevard. 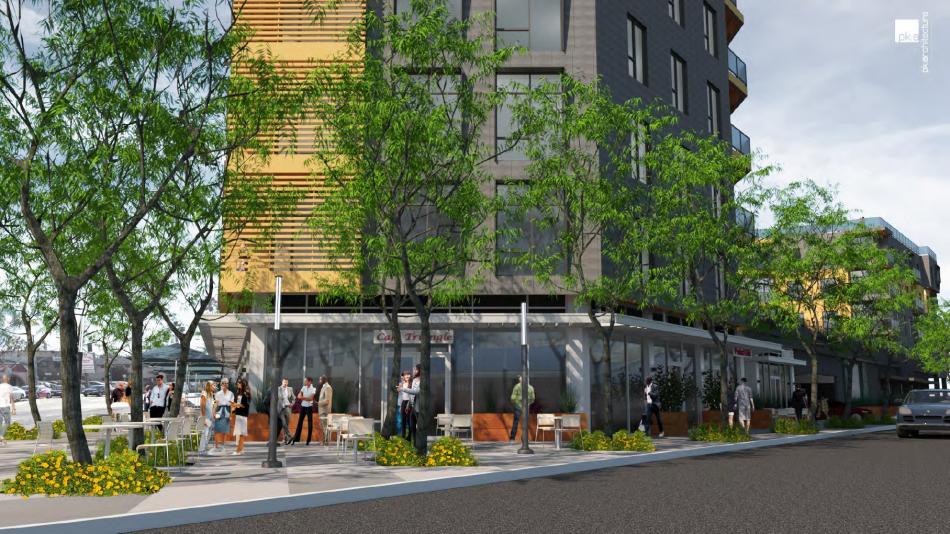 Bastion, which purchased the wedge-shaped site at 12727 Washington Boulevard $17.5 million in 2018, has is seeking the approval of a proposed mixed-use project which would include up to 144 studio, one-, and two-bedroom apartments and 19,100 square feet of ground-floor commercial space above two levels of subterranean parking for 187 vehicles. As part of the development, roughly 5,000 square feet of public open space has also been proposed at street level.

In exchange for density bonus incentives permitting a larger structure than otherwise permitted by zoning rules, Bastion intends to set aside 19 of the apartments as deed-restricted affordable housing.

Designed by PK Architecture, the Triangle Center development would consist of a six-story building fronting Washington Boulevard along its southern property line, but scale down to and a smaller five-story edifice along Zanja Avenue to the north. Plans show an L-shaped footprint above the podium level, which would leave space for a pool courtyard and amenity deck on the second floor. 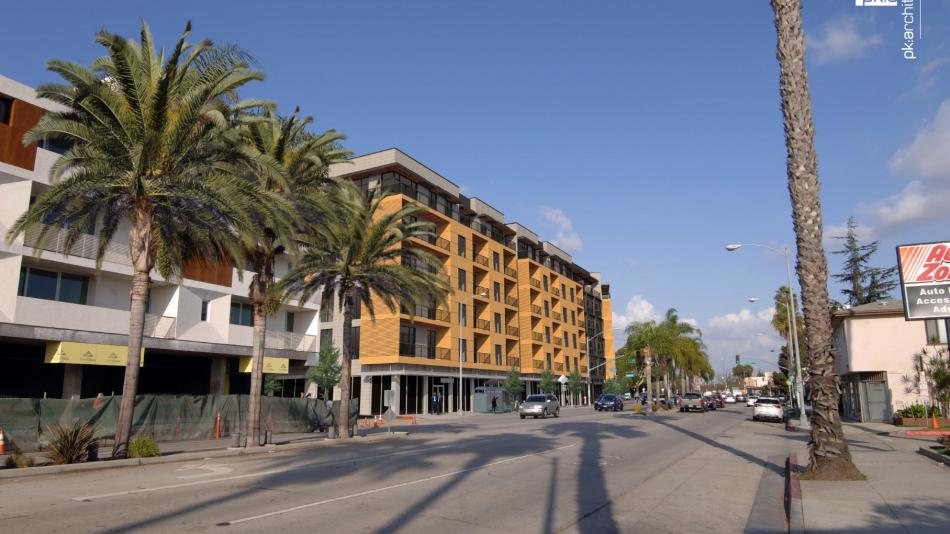 Pending approvals, construction of the Triangle Center project is expected to occur over a period of roughly 20 months, according to information provided at a community meeting held by the developer. However, a groundbreaking date for the project has not been announced.

Bastion, which is headquartered in Vancouver, has a penchant for entitling real estate for development in Culver City, including the mixed-use Haven apartment complex, which was later completed by Cityview. The company also pursued a pair of apartment buildings in Koreatown, but eventually sold its properties to developer Jamison Services, Inc.

The Triangle Center site sits just east along Washington Boulevard from the site of a Lucky, a similar mixed-use apartment building which opened in 2020.