Nearly 10 months after our last visit, Samitaur's Wrapper development is now topped out in Baldwin Hills. 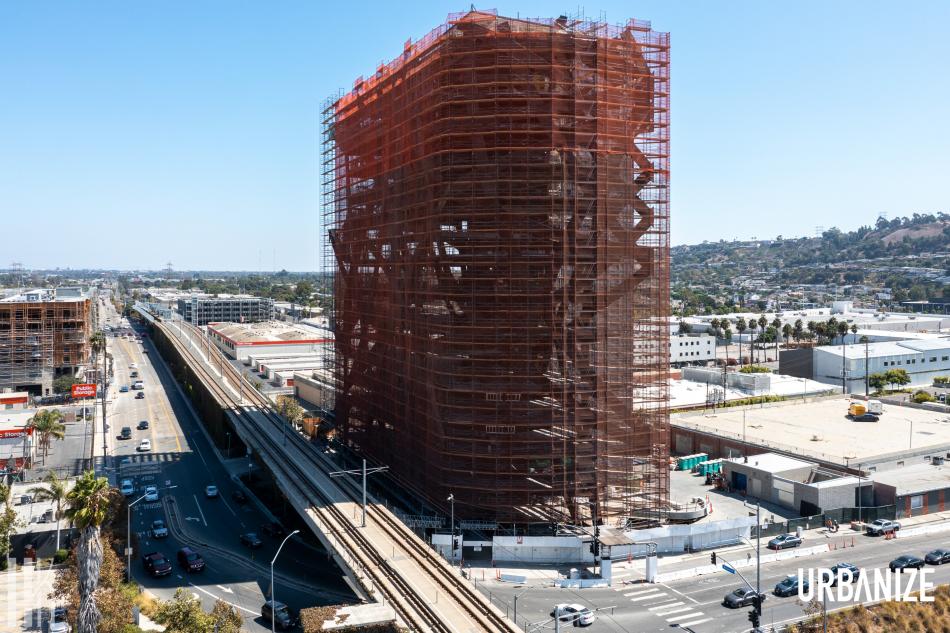 The project, located at the southeast corner of Jefferson and National Boulevards, the 17-story office tower will feature 180,000 square feet of space, opening onto an adjoining multi-use trail and a subterranean parking garage.

Eric Owen Moss is designing the high-rise, which is named for the system of curved, steel ribbons which wrap the exterior of an otherwise rectangular-shaped structure.  The purpose of the steel frame is not merely cosmetic - its strength will permit for an open interior on all floors, free of columns.  Standing roughly 200 feet in height, the tower will be capped with a large rooftop deck with views of the surrounding area.

Completion of the tower, which has been in the works for more than two decades, is now on pace to occur in June 2022, according to a leasing brochure. 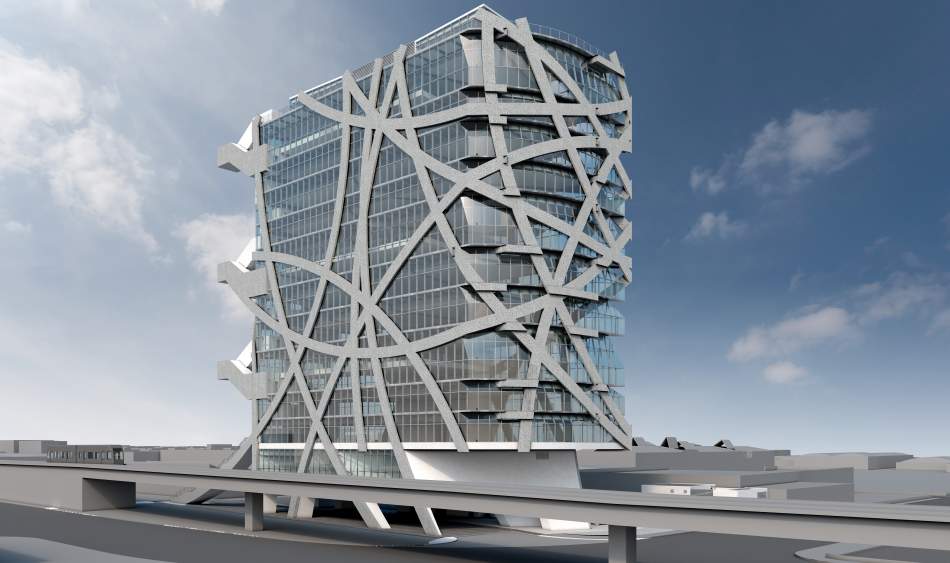 While the scale of the tower may have been unprecedented for the surrounding neighborhood at one time, the project will not even be the tallest high-rise in South Los Angeles at the time of its completion.  That title has already been claimed by the 30-story ARQ building of the neighboring Cumulus development - a mixed-use complex featuring more than 1,200 apartments and a Whole Foods Market.

Other towers are also in the pipeline for adjacent properties.

Directly south of Metro's La Cienega/Jefferson Station, real estate and construction firm Lendlease is planning to redevelop a Public Storage facility with a mixed-use project that would include a 12-story apartment building.  Just south of Wrapper, Samitaur is planning a second office tower - a 22-story building which would match the scale of ARQ.

Wrapper is perhaps the most prominent example of a growing number of new office buildings in the Baldwin Hills community, which has seen demand spill over from neighboring Culver City.  In addition to Samitaur, developers such as Urban Offerings and Lincoln Property Company are also seeking to building new space in the neighborhood.