Across the street from Sony Picture Studios, rebar cages and concrete are starting to rise at the future sites of two mixed-use apartment buildings in Palms. 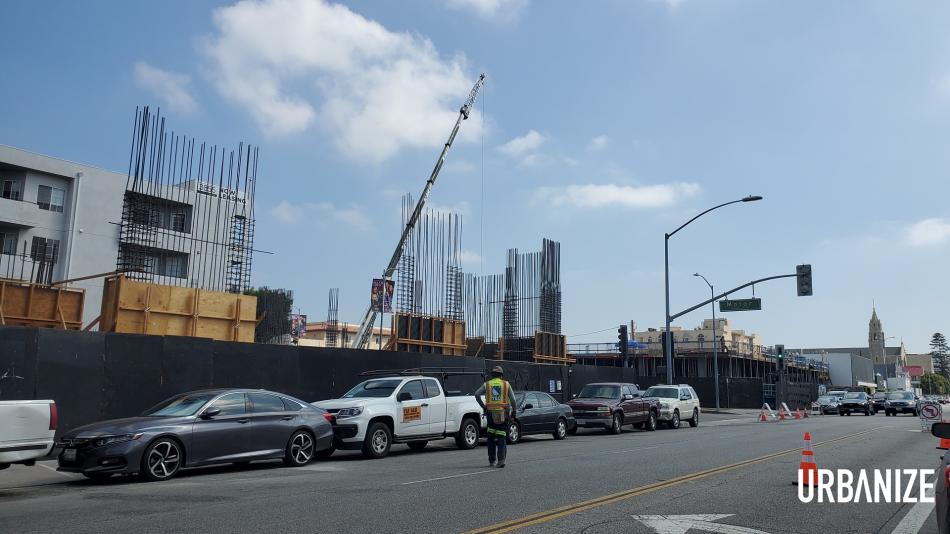 Construction at 10375 and 10401 Washington Boulevard in PalmsUrbanize LA

Guo Rui Group's project, located at 10375 Washington Boulevard, will consist of a seven-story building featuring 139 studio, one-, and two-bedroom apartments above approximately 2,000 square feet of ground-floor retail space and parking for 140 vehicles. Entitlements include Transit Oriented Communities incentives, permitting a larger structure than otherwise allowed by local zoning rules in exchange for setting aside 14 apartments as deed-restricted affordable housing at the extremely low-income level. 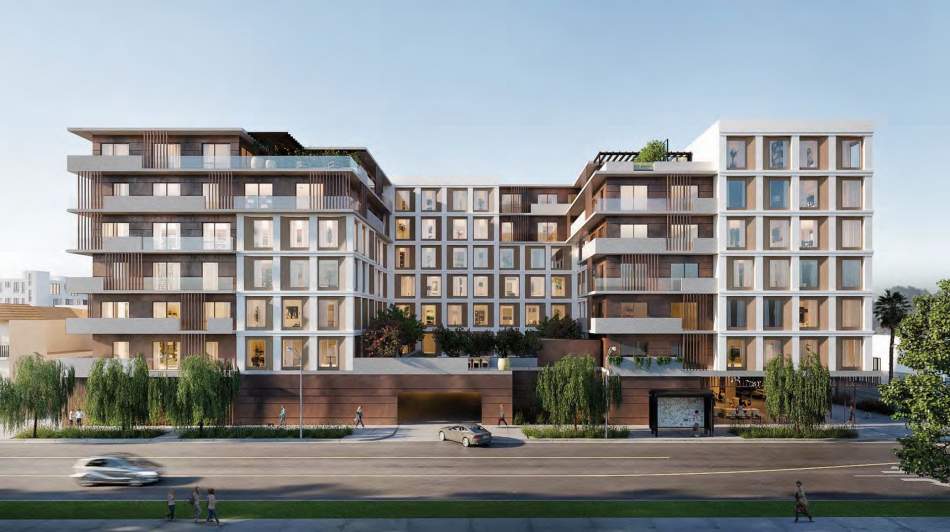 Kevin Tsai Architecture is designing the contemporary low-rise structure, which will have a U-shaped footprint wrapping a podium-level courtyard. Other open spaces would be provided through a series of setbacks and terrace decks.

Across the street at 10401 Washington Boulevard, CLG is redeveloping the former site of the BTS Thrift Store with an eight-story building that will contain 112 apartments - including 15 extremely low-income affordable units - atop an additional 2,000 square feet of ground-floor commercial space and parking for 71 vehicles. As with the neighboring structure, the project was entitled using Transit Oriented Communities incentives. 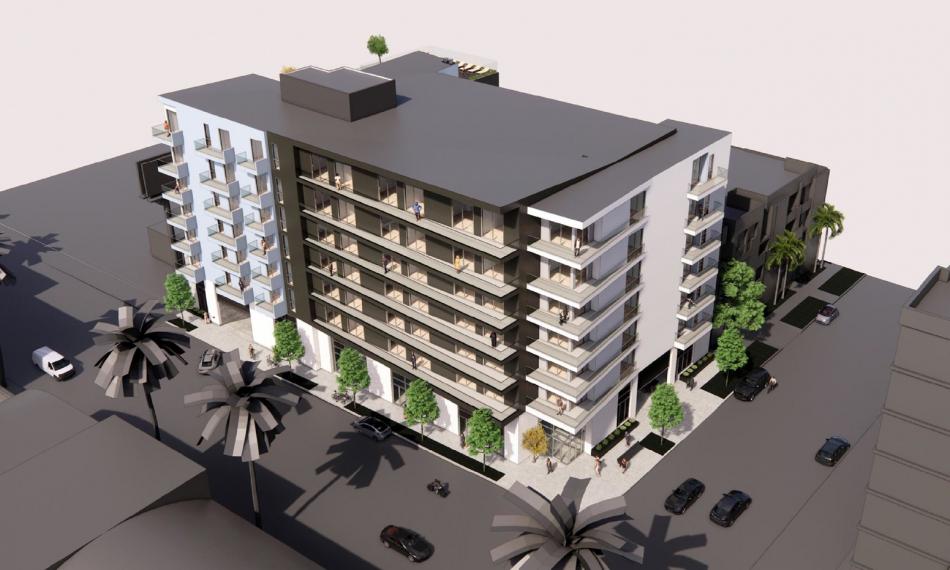 Abramson Architects is designing the apartment complex, which is depicted in renderings as a contemporary low-rise structure. Planned amenities include lounges and a rooftop deck.

The project is the latest in a series of mixed-use and multifamily residential developments for California Landmark Group in the Palms-Culver City area, following the 3838 apartments on Dunn Drive (which is midway through an expansion) and a new eight-story complex wrapping up work a block north on Venice Boulevard.