A presentation scheduled for the April 12 meeting of the Pasadena Design Commission offers a look at updated plans for Huntington Hospital's proposed medical office building at 758-766 Fair Oaks Avenue - a short walk east from its main campus. 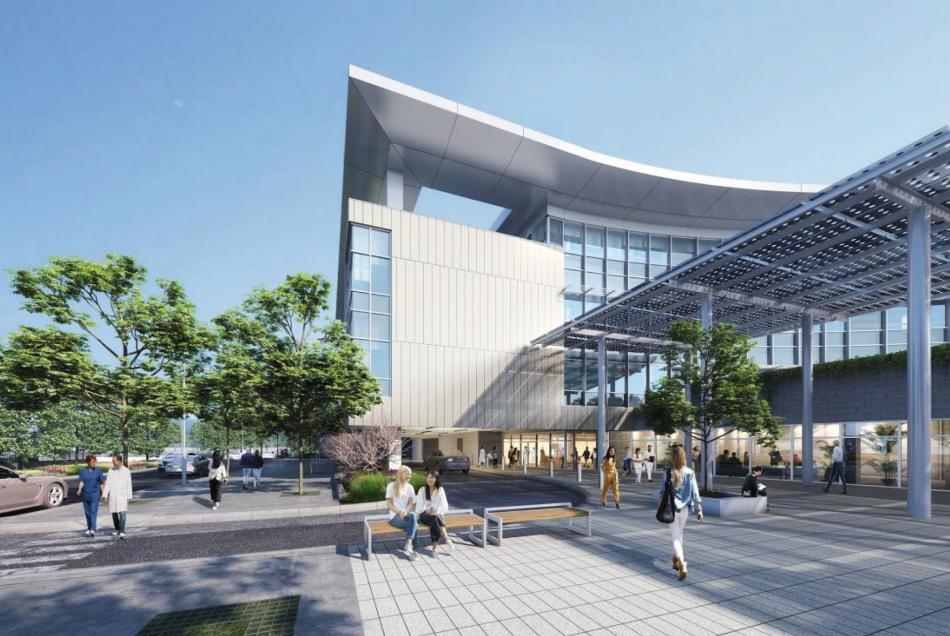 The project, which would rise from a corner lot at the intersection of Fair Oaks and Fillmore Street, calls for the construction of a four-story edifice featuring just over 100,000 square feet of medical offices and ancillary uses above a three-level subterranean parking garage with capacity for roughly 200 vehicles.

As with the earlier iteration of the project presented to the Design Commission in November 2020, Mascari Warner Dinh has been retained as architect.

"The proposed new building is of a contemporary design with a flat roof, curving and articulated massing, extensive curtain wall glazing juxtaposed against solid framing volumes, and a strong, projecting roofline with extended canopies," reads a description of the design concept in a staff report to the Commission.

While the project remains functionally similar to the earlier version, with a glass curtain wall system on its western facade, the primary change is to its street interaction. Gone is a proposed automobile drop off zone cutting a diagonal swath between Fair Oaks and Fillmore, replaced instead with a building that meets the sidewalk with a terrace above. At the intersection, a landscaped pedestrian plaza replaces what would have otherwise been an isolated island of concrete. 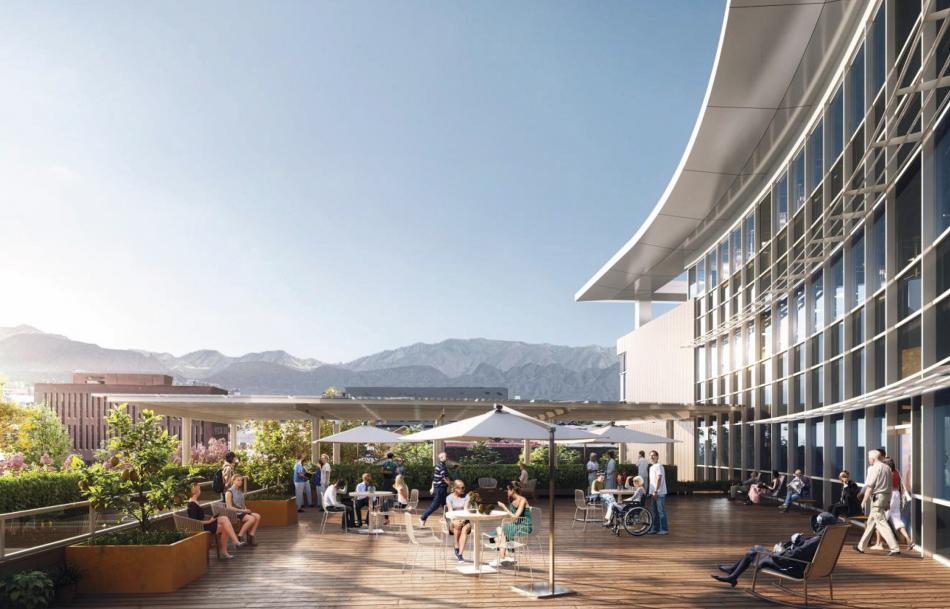 The staff report, citing changes that have addressed earlier critiques of the design, have recommended that the Commission should approve the project's concept design review.

The project is one of a handful of new medical office buildings in the works between Huntington Hospital and Metro's Fillmore Station a short walk east.