Over the past four years, many have undoubtedly gazed at the growing high-rise at the intersection of Jefferson and National Boulevards and wondered "what is that?" Today, we take a look inside. 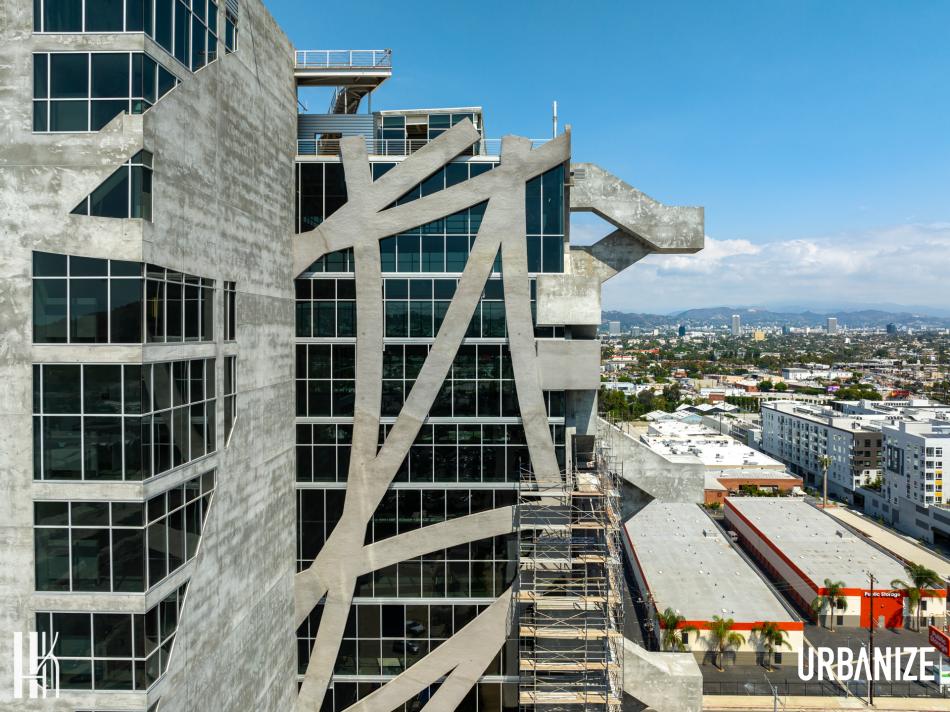 Earlier this week, Gabriel Brown of JLL offered photographer Hunter Kerhart took a look inside of Wrapper, the Eric Owen Moss-designed office tower now under construction at 5790 W. Jefferson Boulevard. The project, which has been in the works for more than two decades, now looms high above nearby La Cienega/Jefferson Station, and is the most visible addition to the Hayden Tract office district developed over the past 35 years by Samitaur.

Standing roughly 200 feet in height, Wrapper features just over 180,000 square feet of space across 16 floors. The project also includes a subterranean parking garage, and opens onto a multi-use trail which parallels the neighboring E Line right-of-way. Its roof is capped with an amenity deck, with view of the Downtown skyline and Westside.

"Wrapper is a reimagination of the office environment; it is precisely what innovative companies need right now….a timely delivery of a new and fresh way to reestablish and re-energize what it means to have a collaborative and invigorating company culture," said Brown. "Wrapper elevates the entire notion of office, creating an extraordinary and unprecedented universe for company leadership to unite their talented workforce back in the office with excitement. " 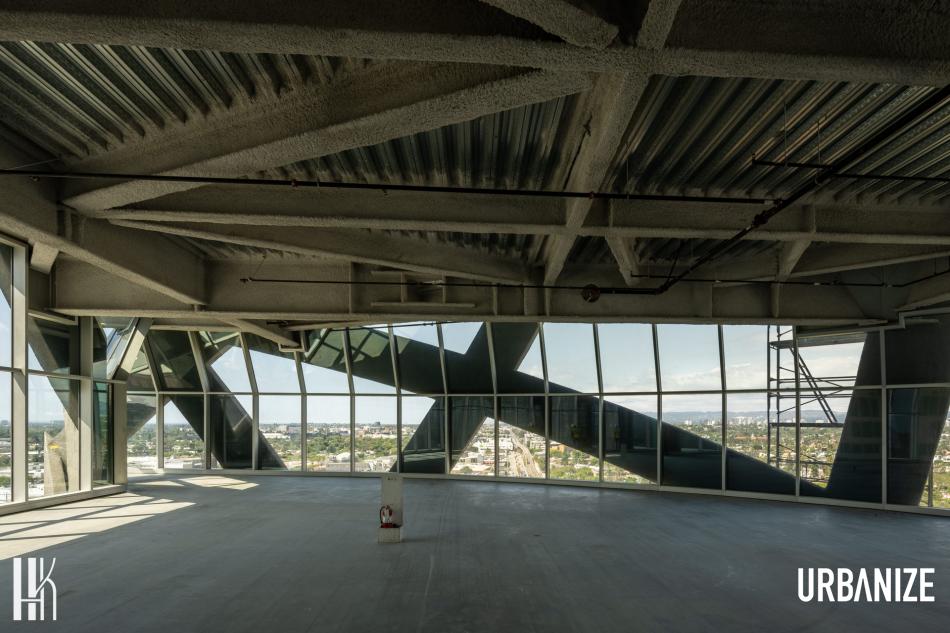 The high-rise, which is named for the system of curved, steel ribbons which wrap the exterior of an otherwise rectangular-shaped structure. And while the steel frame inspired the property's name, it is not merely cosmetic. The strength of that exoskeleton permits an open interior on all floors, free of columns.

"The primary structure for each floor plate is a pair of parallel, steel girders, each 10 feet from the floor perimeter, running lengthwise," explains a project description on the Eric Owen Moss website. "The girders are, in turn, supported by 10 foot beams that connect to the ribbons, as they pass each floor line, with the concrete girders to support the floors. Secondarily, Vierendeel trusses span between the girders to support the floor slabs and allow building services to pass in the long direction of each floor."

Completion of the tower is currently on pace to occur in the second half of 2023, according to a leasing profile on LoopNet. 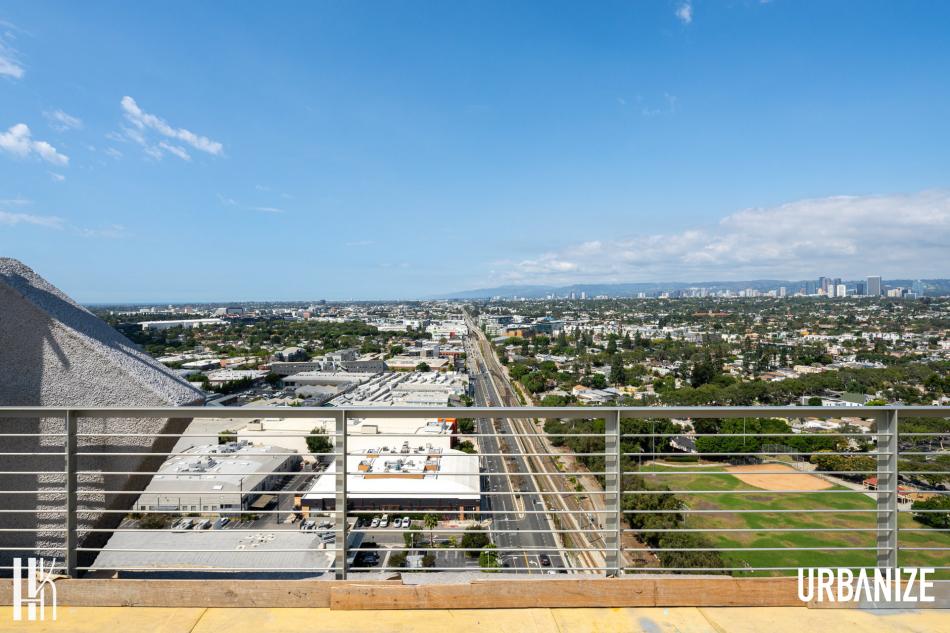 When initially conceived, the Wrapper tower would have been the lone high-rise in its immediate vicinity, a largely industrial section of the Baldwin Hills/Crenshaw neighborhood which sits across Ballona Creek from Culver City. However, changes have swept through the neighborhood since the opening of the adjacent Metro line, best exemplified by the nearby Cumulus District with more than 1,200 apartments, a Whole Foods, and a 30-story tower.

More changes are also on the horizon. Just east of the of the Wrapper site, real estate and construction firm Lendlease is planning to redevelop a Public Storage facility with a mixed-use project that would include a 12-story apartment building and offices. To the south, Samitaur and Moss are planning a second office tower - a 22-story building which would eclipse the height of Wrapper.