In mid-2021, Arizona State University is scheduled to debut its new satellite campus in Downtown's Herald Examiner Building.  With completion less than a year away, here's an exclusive look inside the former newspaper headquarters.

Located at the southwest corner of 11th Street and Broadway, the approximately 100,000-square-foot building was developed by the Hearst Corporation to serve as the headquarters of the Examiner newspaper - later renamed Herald Examiner after a merger with a competing publication.  Hearst tapped Julia Morgan - California's first registered female architect - to design the structure, which is known for its combination of Spanish Colonial Revival and Mission Revival Architecture.

Save for film shoots, the Herald Examiner Building has been largely vacant since 1989, when its namesake ceased publication.  Hearst Corp. began pursuing reactivation of five-story structure more than a decade ago, imagining it as the centerpiece of a mixed-use development featuring housing and ground-floor commercial space.

While the accompanying development sites were eventually taken over by Forest City - which developed them with the Axis apartment buildings - the Herald Examiner restoration is being led by Georgetown Co., which purchased a controlling interest in the property in 2015.  Besides ASU, Santa Monica-based Main Street Advisors is also an investor in the project.

The restoration is being designed by Gensler, which is working to convert the upper floors of the building into modern offices and opening its ground-floor for shops and restaurants.  However, Herald Examiner's signature elements - including its two-story lobby and sawtooth skylights - will be retained.

The property is approximately 85 percent leased, according to a representative of Georgetown.  The bulk of that space is comprised of ASU, which announced in 2018 that it locate operations for its Walter Cronkite School of Journalism and Herberger Institute for Design and the Arts in the building.

Georgetown's revamp of the Herald Examiner is the latest in a recent series of adaptive reuse and historic restoration projects on the Broadway corridor.  At the two opposite corners of 11th Street and Broadway, the former Los Angeles Railway Building reopened last year as a Hoxton Hotel.  Across the street, a former YMCA facility is being turned into a 148-room Proper Hotel.

Other historic buildings seeing new uses nearby include the former home of the Southern California Gas Company, which has reopened as office space, and the 1920s Western Costume Building, which has been converted to housing. 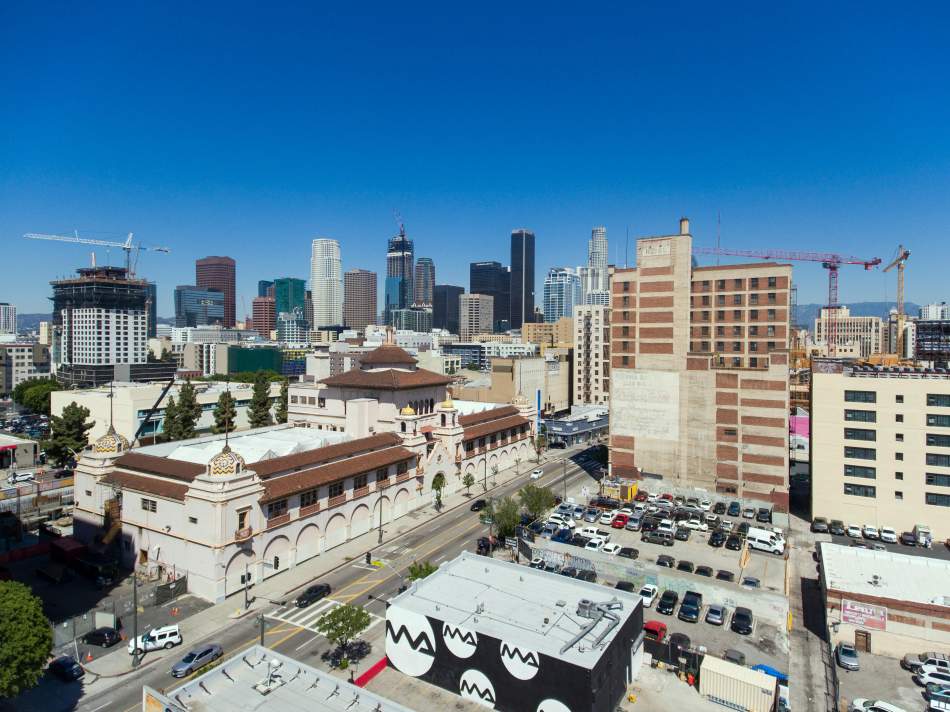 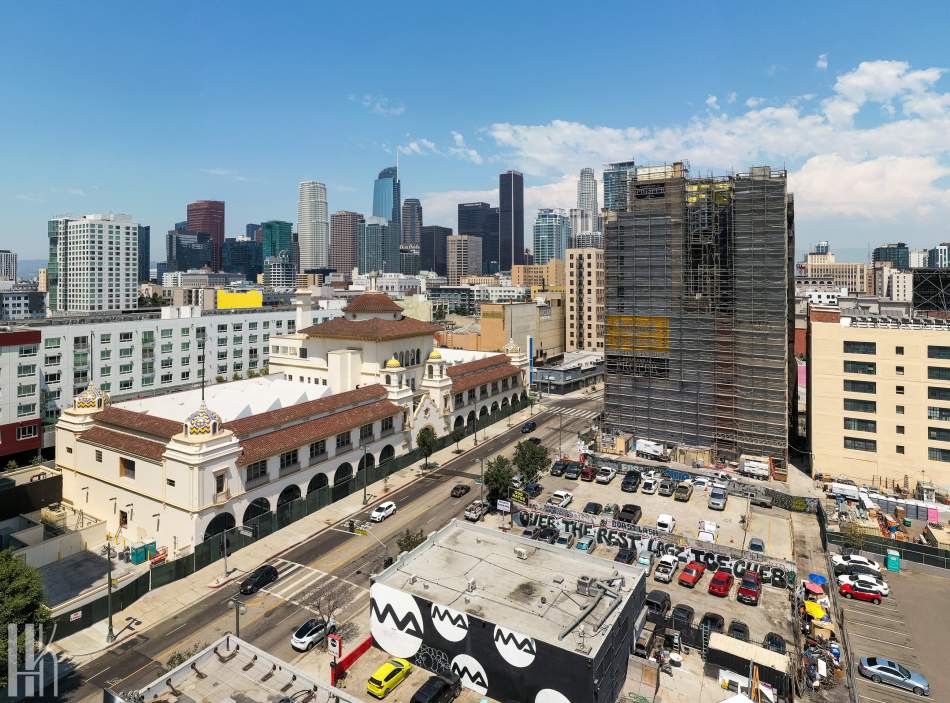 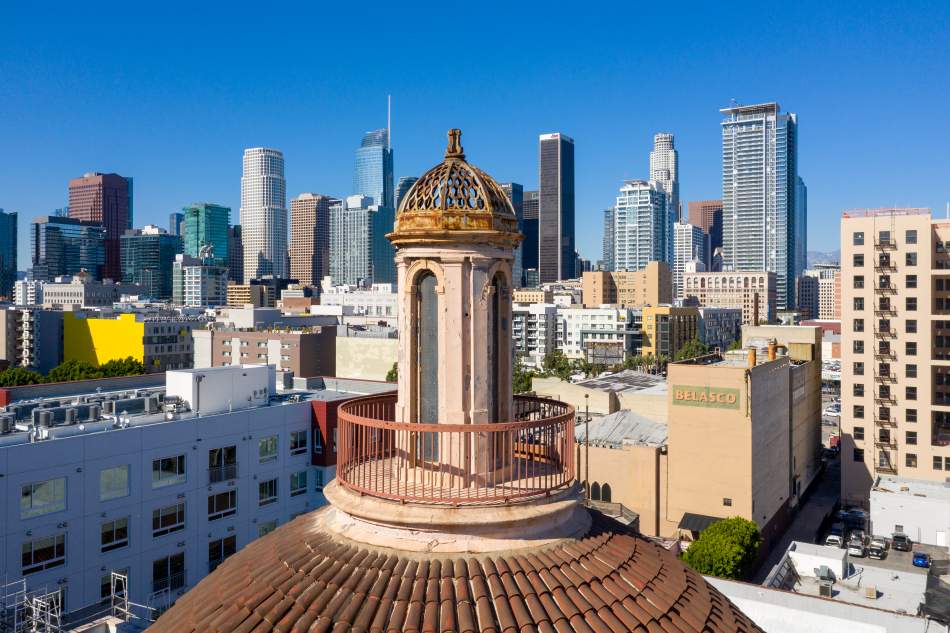 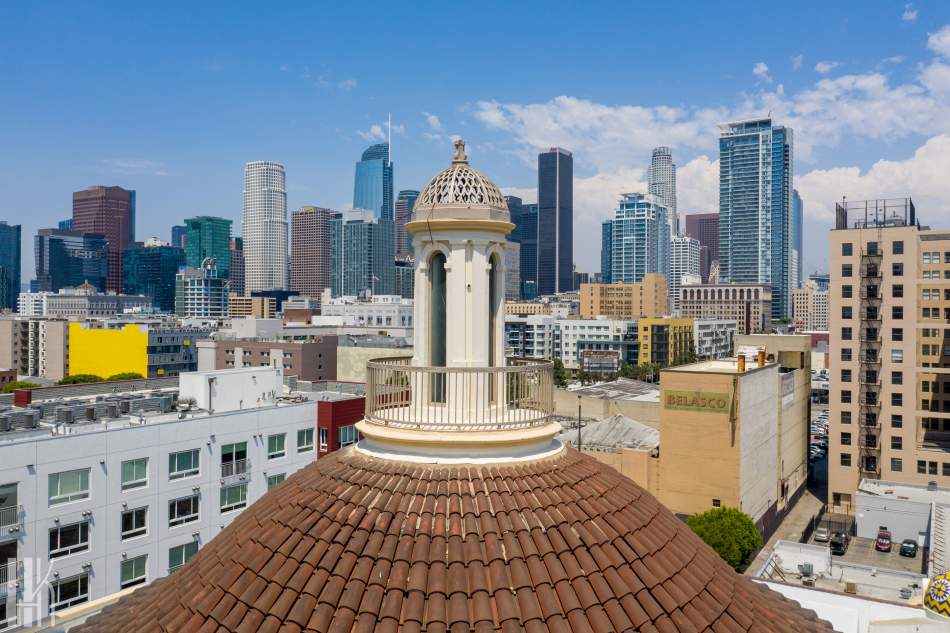