A pair of small residential building completed in the late 1940s and early 1950s in Van Nuys are one step closer to being redeveloped with multifamily housing, following yesterday's meeting of the Los Angeles City Planning Commission.

In a unanimous vote, the Commission vapproved plans from property owner David Aviram (through the entity Vanowen Terrace, LLC) to raze empty structures at 13921 W. Vanowen Street, clearing the way for the construction of a four-story edifice containing 15 apartments above below-grade parking for 16 vehicles.

In exchange for density bonus incentives permitting a larger structure than allowed by zoning, Aviram would be required to set aside three of the apartments as deed-restricted affordable housing at the low- and very low-income levels.  The property's existing structures, an empty single-family home and triplex, have been vacant since 2019, with demolition permits currently pending.

Local architect Amit Apel is designing the apartment complex, which is depicted in plans as a contemporary low-rise building with an amenity deck on its roof and a pool in a rear yard. 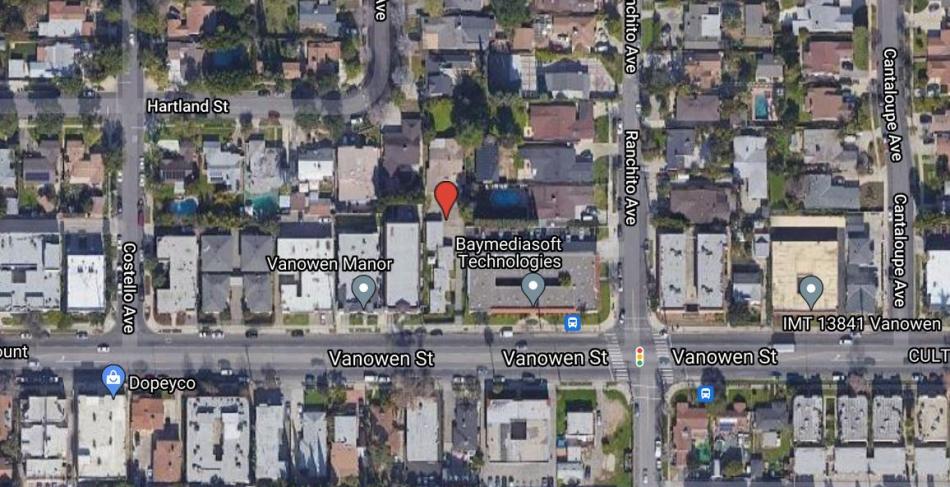 The current proposal for an apartment building is the second attempt to develop the property in the past two decades.  A prior owner had sought to build nine small lot houses on the approximately 16,000-square-foot site in 2007, but withdrew its application in 2011.