It's been delayed, scaled back, and split into phases, but with a new funding agreement with the U.S. Department of Transportation, a long-awaited light rail line is one step closer to breaking ground in the San Fernando Valley. 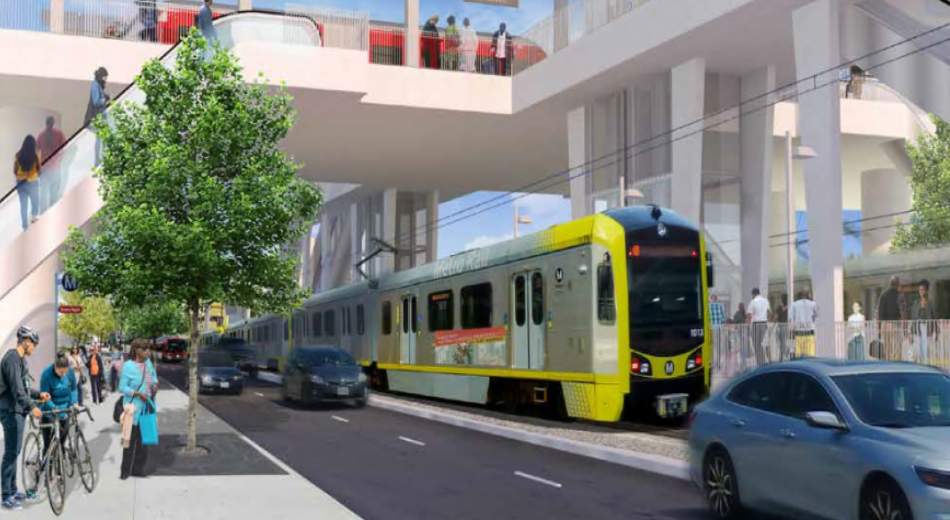 This week, the Federal Transit Administration announced that it will contribute $908.7 million to the construction of the East San Fernando Valley Transit Corridor light rail line, which will connect the communities of Pacoima and Van Nuys. The 6.7-mile line is expected to run north-south in the median of Van Nuys Boulevard, making 11 stops and offering connections to Metro's G (Orange) Line busway and the Metrolink Ventura County line.

"The eastern San Fernando Valley Corridor is one of the busiest transit corridors in the nation," said U.S. Transportation Deputy Secretary Polly Trottenberg in a news release. "This announcement is a big step toward creating more transit options, a better commute, and cleaner air for residents in the San Fernando Valley and all of Los Angeles."

The FTA funding agreement will cover 25 percent of the total budget of the project, which will cost an estimated $3.6 billion. 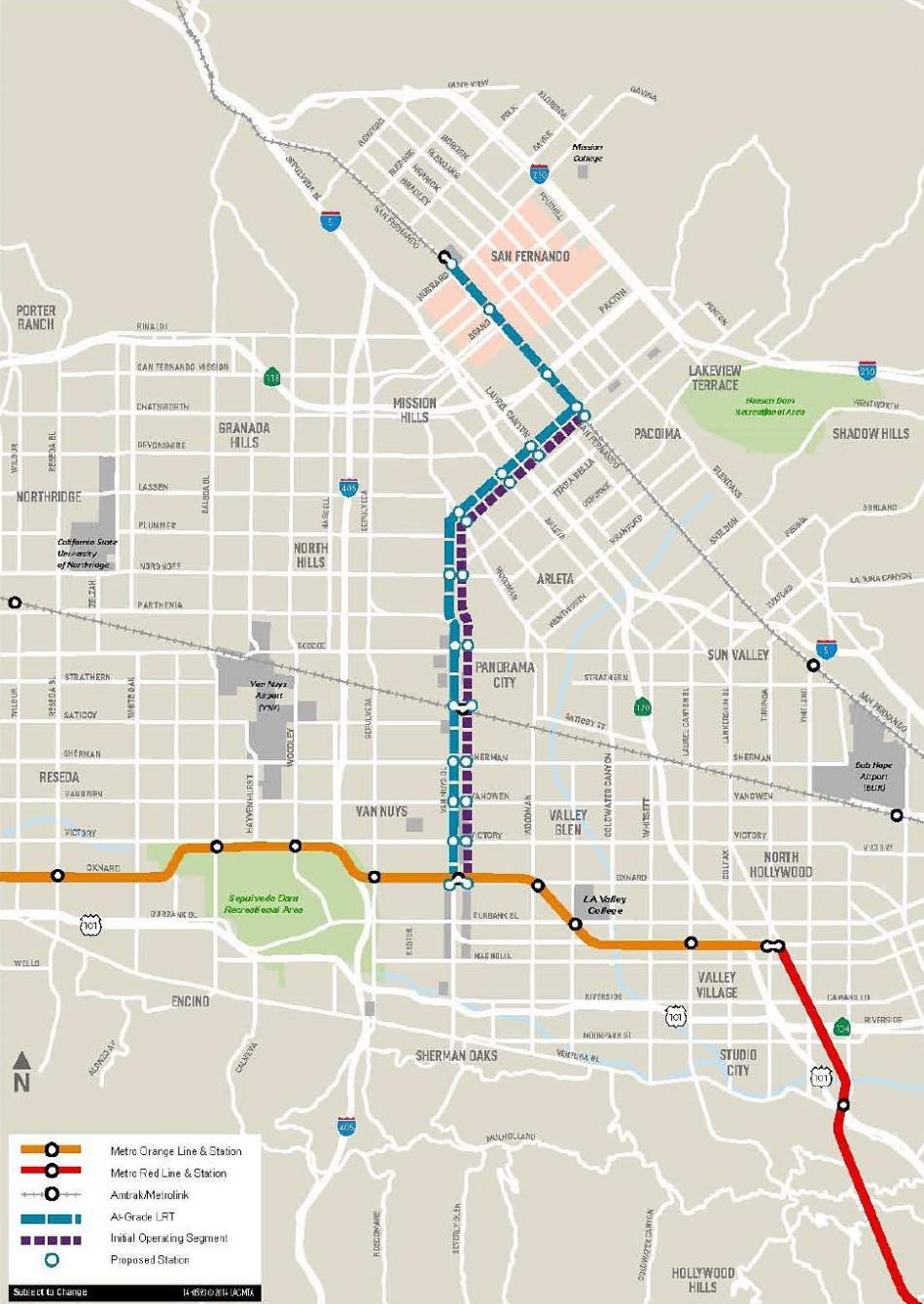 According to a project page on the Metro website, the East San Fernando Valley Line is scheduled to begin construction in 2022 and open by 2028. At completion, the transit line would offer a 30-minute end-to-end trip between Pacoima and the G Line busway's Van Nuys Station - which is also expected to be grade separated and converted to light rail in the future.

Not included in the scope of the FTA agreement is the northern 2.5 mile segment of the East San Fernando Valley Line, which would run between Pacoima and the Sylmar/San Fernando Metrolink station. The northern leg of the light rail line was carved out of the initial scope of the project in 2020, as construction costs ballooned. Metro has since explored increased Metrolink service, with a new stop at Van Nuys Boulevard, in lieu of building 2.5 miles of additional track.