At the intersection of Kittridge Street and Independence Avenue in Canoga Park, developer Fairfield Residential is beginning to lift the curtain at the company's latest Los Angeles County apartment complex. 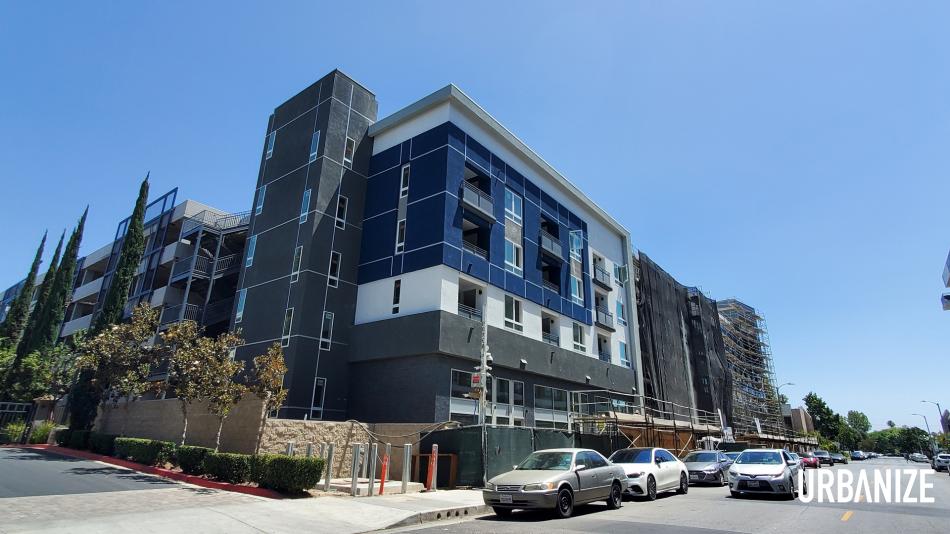 The wrap-style apartment complex, dubbed Chroma, will feature a total of 275 studio, one-, and two-bedroom dwellings, masking a central parking structure with space for up to 400 vehicles.

AO is designing Chroma, which is portrayed in renderings as a contemporary five-story structure with a blue and white exterior composed of metal siding, brick veneer, and plaster. Approximately 32,000 square feet of open space amenities are planned for the project, including a fitness center and a rooftop deck.

Completion of project, previously dubbed "Lume," remains on pace to occur in 2022, according to a landing page on the Fairfield Residential website. 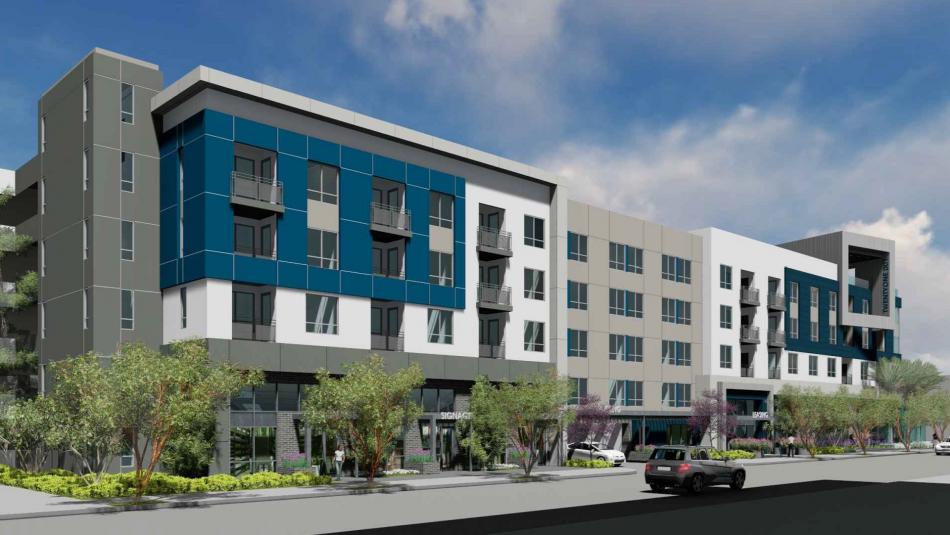 Fairfield is the latest developer to set its sights on the northern section of the Warner Center specific plan area, following Evolution Strategic Partners, which built the 271-unit Vert apartments one block west on Variel Street, and Hanover Company, which completed the  394-unit Hanover Warner Center apartments located directly south across Kittridge.

Fairfield's other Los Angeles area projects include a 370-unit apartment complex near the L.A. River in Glassell Park and a 362-unit development that would wrap Dinah's Family Restaurant in Westchester.