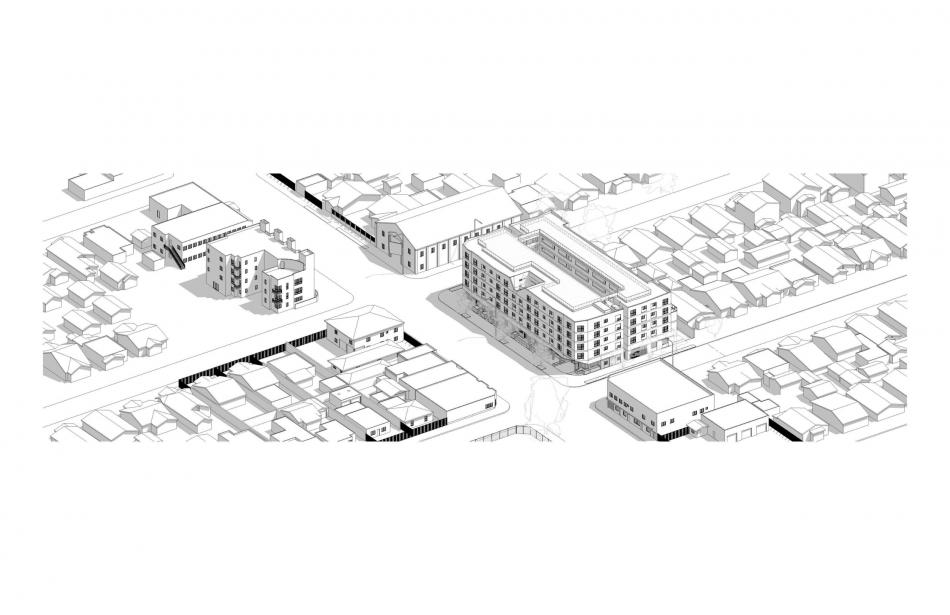 The project, which was approved earlier this year by the City of Los Angeles, will rise on the east side or Normandie Avenue between 65th Place and 66th Street.  Plans call for the construction of a five-story edifice featuring 93 one- and two-bedroom apartments above street-level parking for 47 vehicles.

Haroni obtained entitlements using Transit Oriented Communities incentives to permit reductions to zone-required side yards and on-site open space, as well as an increased in height.  In exchange for the bonuses, eight of the apartments will be set aside as affordable housing at the extremely low-income level.

John Kaliski Architects is designing the project, which would include terrace decks and the third and fifth floors, as well as a landscaped central courtyard.  While no ground-floor retail is proposed, a manager's unit would front Normandie Avenue. 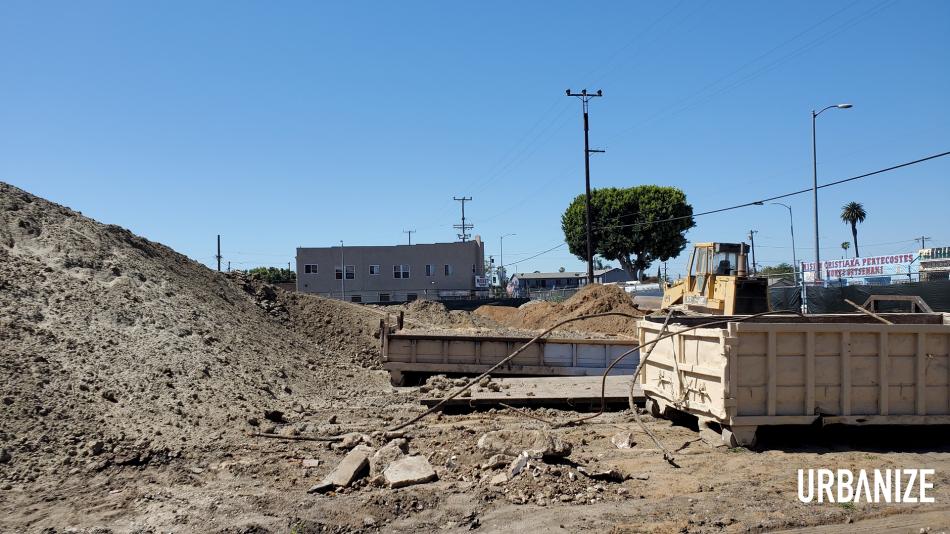 "Working within the two planning overlays, the JKA design lightens the sense of bulk by lifting four stories of massing over a brick base of at-grade parking screened from adjoining sidewalks by planters," reads a design description posted to the architect's website. "The uplifted mass at the ground-floor is complemented by a rolling parapet line that dips at the location of a rooftop terrace. Further character is provided by pushing the façade plane into a thinner expression at bedroom windows, maintaining a cost-efficient 'flat' exterior while establishing a 'punched' patterning that provides façade shadowing."

Haroni is developing a handful of mixed-use and multifamily buildings in South Los Angeles, including a proposed 93-unit complex on Hoover Street, a 128-unit complex now under construction on Florence Avenue, and a mixed-use structure slated for Crenshaw Boulevard. 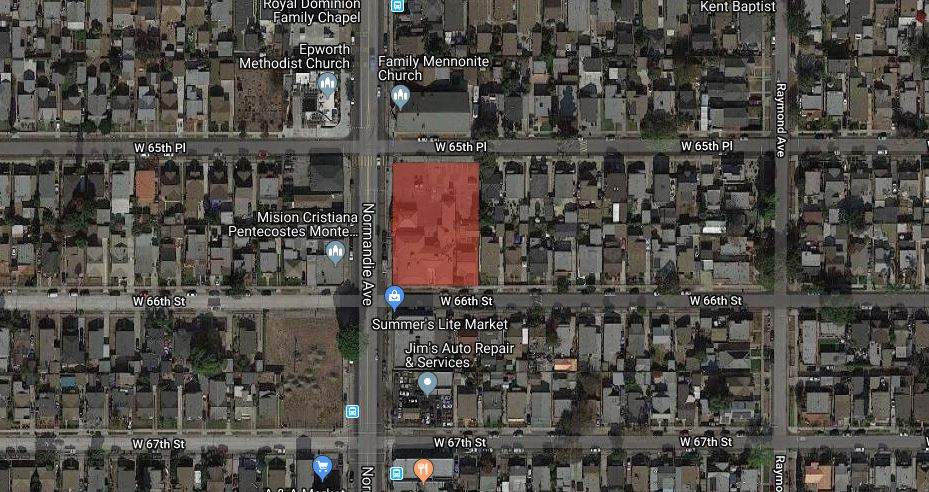