Yesterday, the Los Angeles City Council voted to adopt a resolution approving the release of up to $69 million in funding to developer Little Tokyo Service Center for the construction of a mixed-use supportive housing complex in East Hollywood.

The project, which would rise from property located above and adjacent to Metro's Vermont/Santa Monica Station, calls for the construction of six-story edifice that would feature 187 apartments and ground-floor commercial space. According to a staff report, that total includes 94 units of permanent supportive housing, 91 units of affordable housing priced for very low-income households, and two unrestricted manager's units.

According to an application to the State of California for financing, plans call for a mix of studio, one-, two-, and three-bedroom dwellings with monthly rents ranging from $591 to $1,474 per month. 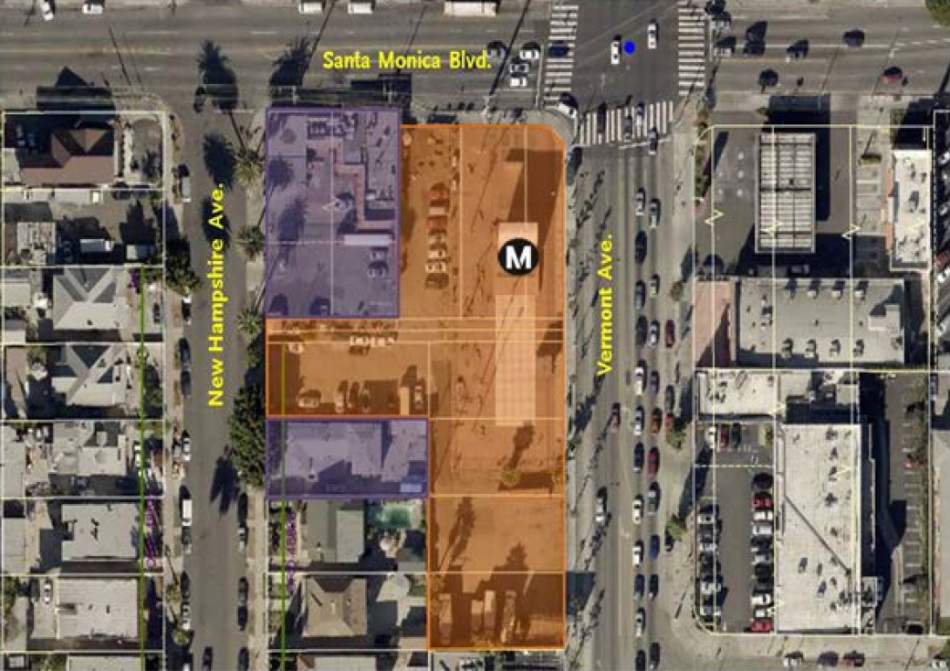 Koning Eizenberg Architecture is designing the Santa Monica & Vermont development, which would add a new hardscaped plaza surrounding the entrance to the underground Metro stop.

The new funding approved by the City Council includes $56 million in tax-exempt bonds and approximately $12.8 million in multifamily conduit revenue bonds. The project has already been allocated a $24 million loan via Measure HHH.

Little Tokyo Service Center, the project's developer, is also behind similar affordable and supportive housing projects planned next to the Japanese American National Museum and at the former home of the Umeya Rice Cake Company.