At its meeting yesterday, the Los Angeles City Planning Commission rejected an attempt to block the redevelopment of an empty lot near Vista Hermosa Park with apartments.

The project, proposed by Los Angeles-based real estate developer Urban Stearns, would rise from a property located at 1350 W. Court Street.  Approved plans call for the construction of a six-story building containing 69 studio, one-, and two-bedroom apartments with semi-subterranean parking for 61 vehicles. 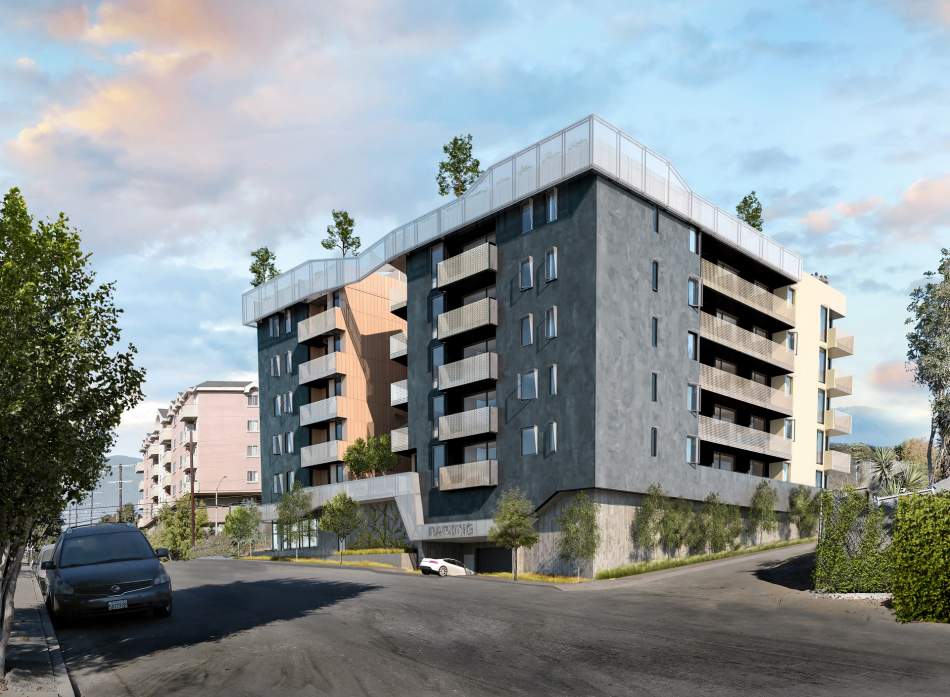 The apartment complex, which was approved using Transit Oriented Communities incentives, will be required to include six deed-restricted affordable units priced at the extremely low-income level.

Ferrier Architecture Studio is designing the apartment complex, which would consist of five levels of wood-frame construction above a concrete podium.  Architectural plans show that the building would include two courtyards and a rooftop deck.

The project appellant, the Coalition for an Equitable Westlake/MacArthur Park, had argued to the Commission that the project should be subject to further scrutiny under the California Environmental Quality Act (CEQA) due to the potential "cumulative impacts" of the Court Street apartments and other recent developments located within a one-mile radius.  A staff report rejected that claim, noting that the property was ineligible to appeal a Transit Oriented Communities project as they are not a neighboring resident or property owner.

However, the staff report also concluded that the project should not have been granted an exemption from CEQA due to the existence of unmitigated oil wells on the site.  The Commission instead adopted a mitigated negative declaration, in lieu of a Class 32 CEQA exemption for the project. 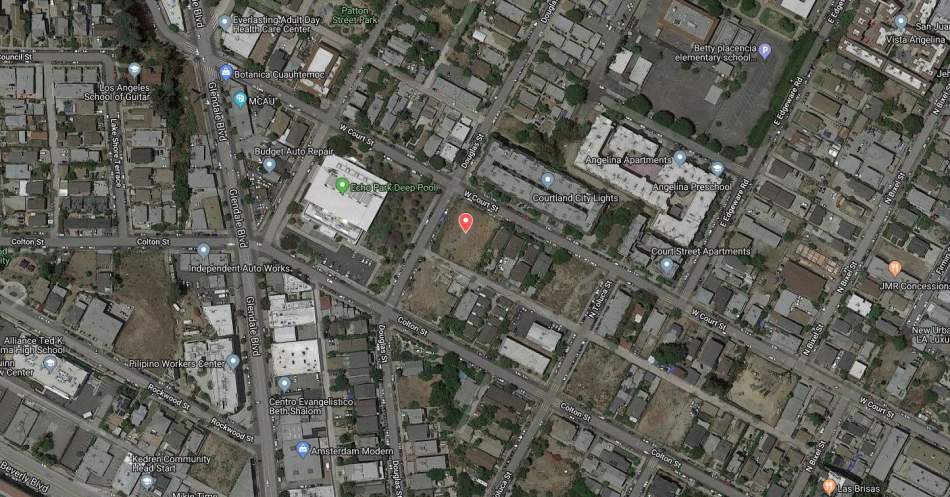 Urban Stearns is also behind plans for similar multifamily residential buildings near Echo Park and in San Pedro.