At its meeting yesterday, the Los Angeles County Board of Supervisors voted unanimously to adopt a resolution declaring the intent to issue up to $30 million in multifamily housing bonds for the construction of a new affordable housing complex in the unincorporated community of Walnut Park. 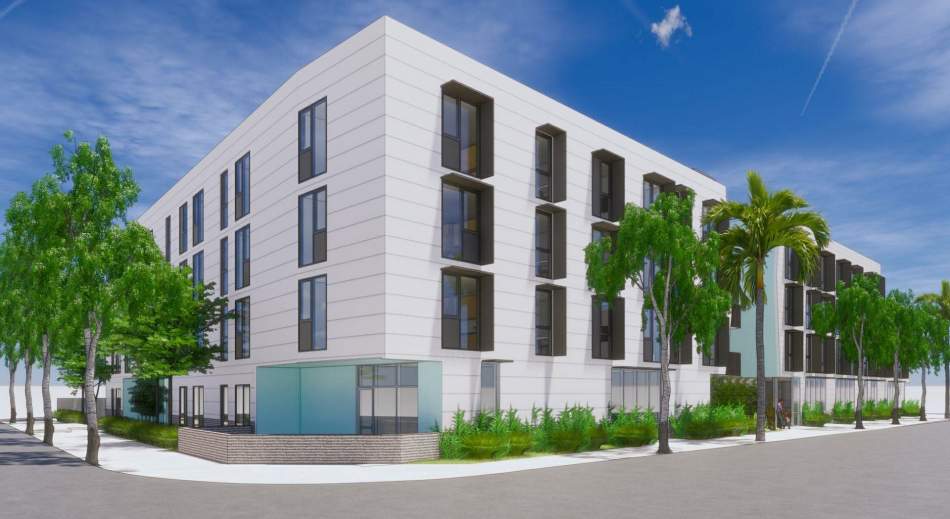 Hollywood Community Housing Corp., the developer behind the proposed project at 7600 Pacific Avenue, has already secured approvals for the construction of a four-story complex that would feature 64 one-, two-, and three-bedroom apartments above 48 basement parking spaces.

Per a staff report to the Board of Supervisors, the apartments will be reserved for formerly unhoused and low-income households earning no more than 40 percent of the area median income for a period of 55 years.

Koning Eizenberg is designing the proposed development, which would consist of two separate buildings connected by pedestrian bridges and flanking a central courtyard. Other ancillary features would include a 1,600-square-foot community room, a resident's lounge, a computer room, a laundry facility, and offices for administrative and supportive services staff.

The bond funding, when issued, would complement $4 million in funding already award to Hollywood Community Housing Corp. for the project.

The development site is located one block north of a vacant half-acre lot at Pacific Boulevard and Grand Avenue which the County hopes to repurpose as a public park.  Walnut Park, home to roughly 16,000 people, is among the most park-poor communities in Los Angeles County.

Hollywood Community Housing's other ongoing projects include a new apartment complex now under construction in Winnetka and a controversial mixed-use development slated to replace a parking lot on the Venice Canals.