An empty light industrial building in Warner Center is the site of the latest mixed-use project planned for the West Valley commercial district. 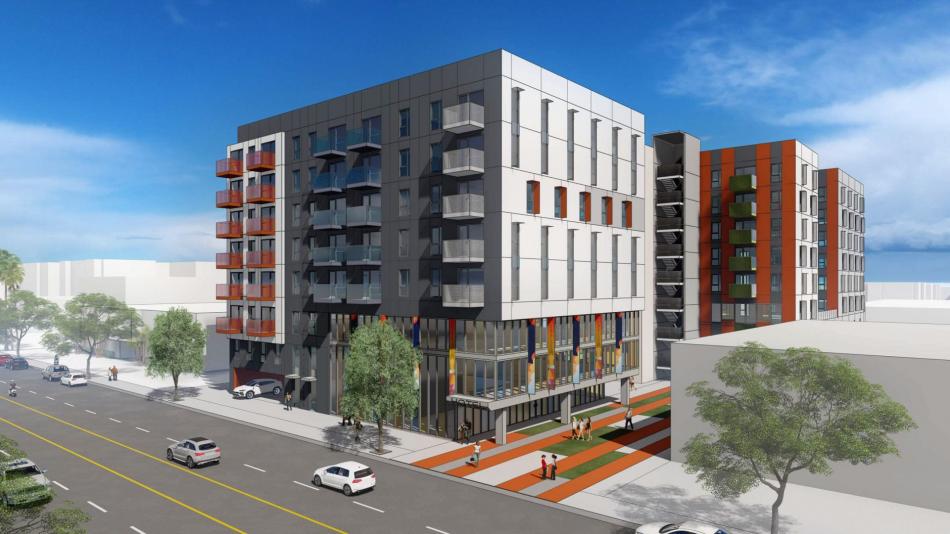 Urban Stearns, a local real estate investment firm, has filed plans with the Los Angeles Department of City Planning to construct a new eight-story edifice at 6036 N. Variel Avenue, displacing a tilt-up concrete warehouse which dates to the early 1970s.  The proposed project would consist of 228 studio, one-, and two-bedroom apartments in addition to a 47-room hotel.  The hotel would be located on the first two floors of the western half of the building, with an entrance and lobby accessible via Variel Avenue.  Plans also call for 260 parking spaces in a semi-subterranean garage.

AC Martin is designing 6036 Variel, which would consist of five floors of wood-frame construction above a three-level concrete podium.  The contemporary mid-rise structure would incorporate roughly 17,000 square feet of open space amenities, including a publicly-accessible plaza at street level and multiple courtyards above the building's podium deck.

The Variel Avenue development joins more than a half-dozen similar projects on nearby sites in Warner Center, a longtime industrial hub which is gradually transitioning to a residential and office district through the Warner Center 2035 plan.  Directly across Variel, a larger 263-unit apartment complex from BCEGI International is nearing completion.  A short distance south at Variel and Oxnard Street, a 174-room Home2Suites by Hilton hotel is also in the midst of construction.  To the north at Erwin Street, multiple projects from prolific Warner Center landlord California Home Builders are in various stages of construction or predevelopment.

The project is also among the largest from Urban Stearns, which is based in Los Angeles, following new housing developments proposed for Echo Park and San Pedro.