Less than one month after the rumors first began circulating, it's now official: Unibail-Rodamco-Westfield (URW) is selling the 34-acre site of the former Promenade Mall in Warner Center for $150 million. 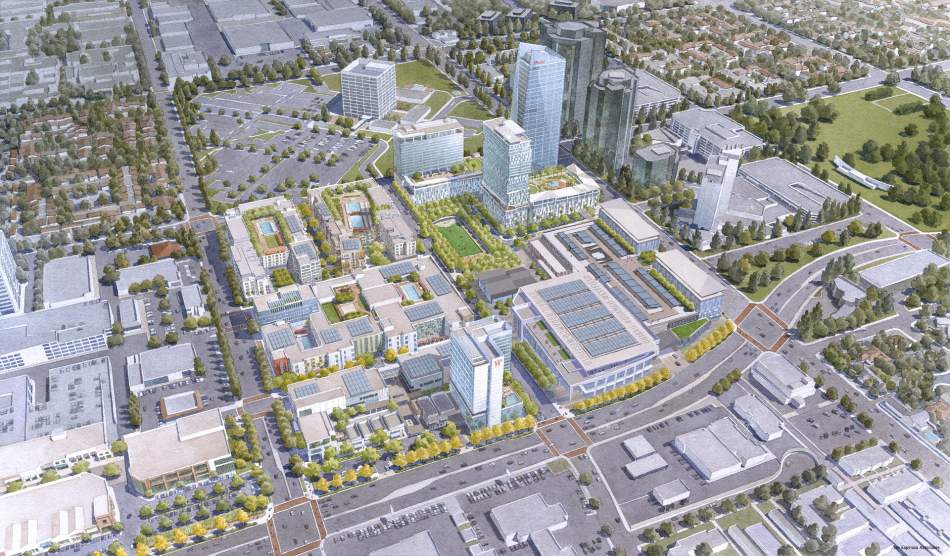 While a buyer for the property is not identified in the French conglomerate's news release, CoStar reports that its inquiries have been referred to Los Angeles Rams owner Stan Kroenke. The Los Angeles Times reported in February that the Rams had been in talks to buy the Promenade site to build a new practice facility, which would be surrounded by a new commercial development, akin to the mixed-use complex now taking shape next to SoFi Stadium.

Entitlements approved in December 2020 by the City of Los Angeles could allow Kroenke to implement that vision. Under URW's plan for the site, the Promenade mall would be razed for a 3.2-million-square-foot complex featuring:

The Johnson Fain, HKS, and AC Martin designed project would break the mall's parking lots into smaller blocks with new internal streets and walkways, and allow buildings up to 28 stories in height. 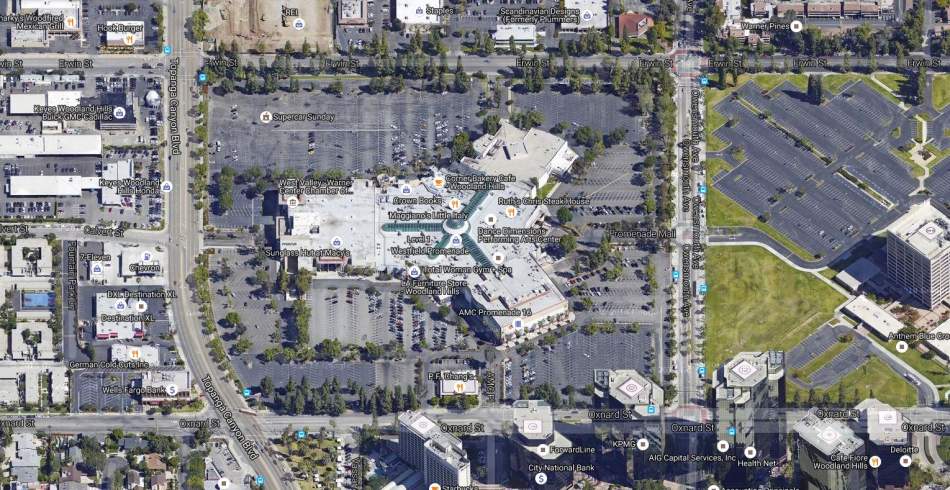 The plan was previously expected to be implemented over a roughly 12-year period.

URW's exit at the Promenade follows more than $500 million in investment into the Warner Center neighborhood, including the construction of the $350-million Village shopping center on an adjacent plot in 2015 and a $250-million renovation of the Westfield Topanga mall now wrapping up construction to the north.