Q&A:  L.A. Mayor Karen Bass: ‘The city is demanding the tents go away’ "Even though she only recently took office, Bass believes she’s already running short on time to address the problems, given that a new presidential administration could be in place in two years and opposition to a new city real estate tax remains strong." (LA Times)

Parks and Housing Together: A Win for Communities and the Environment "Joint development of parks and affordable housing is a promising strategy to increase both green space and affordable housing in Los Angeles and beyond. This form of joint development combines public green space and low-income or public housing on a single site, or on different sites in the same area, to simultaneously address park poverty, housing insecurity, and climate change-related urban heat impacts. Project sizes can range from small (e.g., a single parcel of land with an affordable apartment building and a small parklet/pocket park) to very large (e.g., a multi-acre development with a large regional park and a multi-building affordable housing development). While these projects can take many forms, the central components include building new (or preserving existing) affordable housing and creating new (or rehabilitating existing) open spaces in low-income communities of color without displacing residents." (Legal Planet) 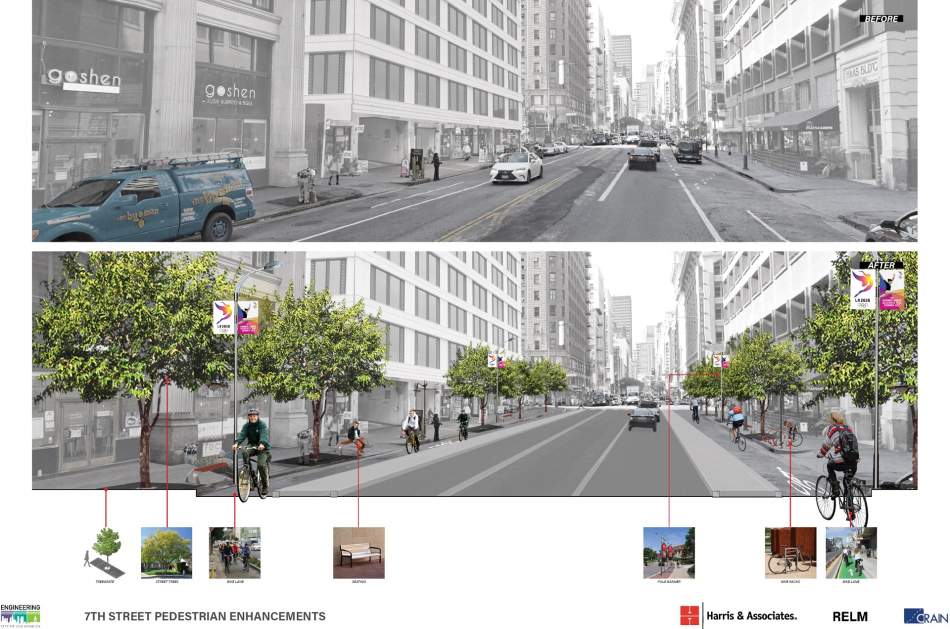 Eyes on the Street: Progress on DTLA 7th Street Streetscape "Plus photos of the under-construction Myers/Mission Roundabout" (Streetsblog LA)

Visitor center planned for iconic sign "The Hollywood Sign Trust is seeking to raise funds for the visitor center and is hoping to form public-private partnerships to make the plan a reality." (Beverly Press)

Oil companies sue L.A. over ban on drilling "The lawsuit by Warren Resources, filed in Los Angeles Superior Court, says the city failed to do a required environmental study of the effects of stopping oil extraction." (LA Times)

Councilmember Supports Legalizing Street Vending on the Hollywood Walk of Fame "Hugo Soto-Martinez says he is seeking a way to undo the 'no-vending zone' in his district." (Capital & Main)