On Sunday, July 10, CicLAvia will makes its 2022 debut by opening up 3 miles of Western Avenue between Exposition Boulevard and Florence Avenue, though the neighborhoods of Vermont Square, Harvard Park, Chesterfield Square and Exposition Park, and King Estates. 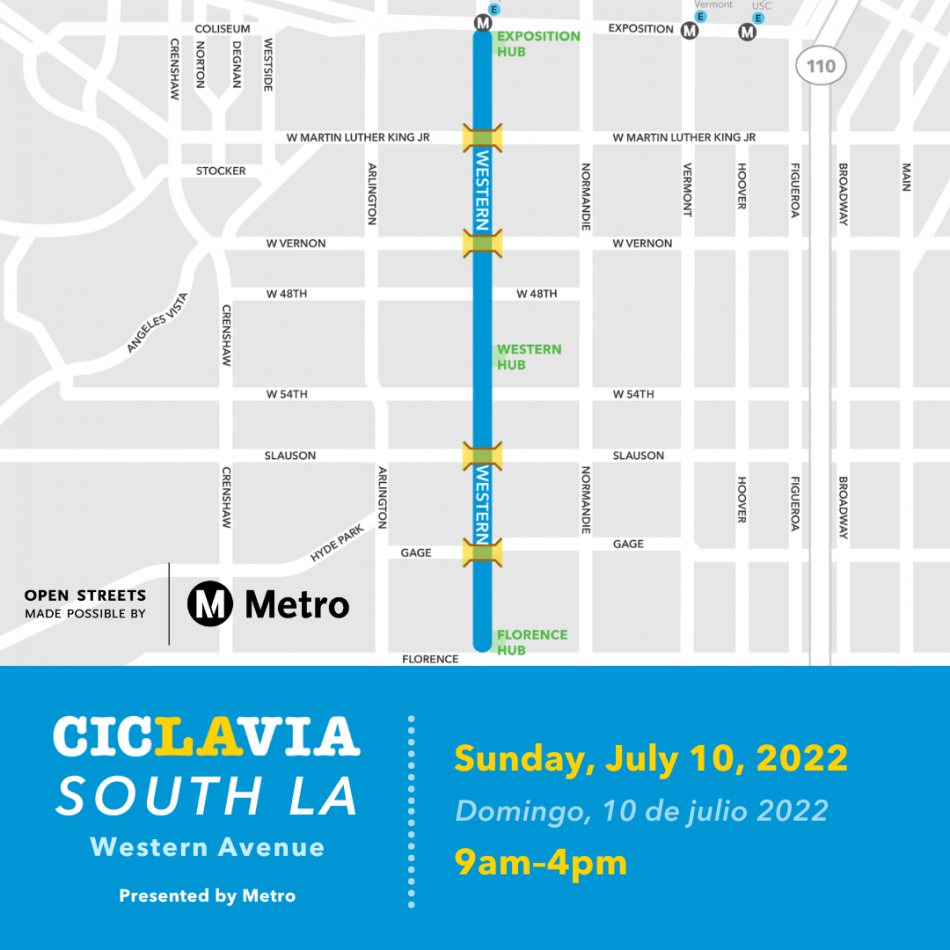 The Western Avenue route for the June 10 CicLAviaCicLAvia

In case you've forgotten how this works: only people-powered vehicles allowed. That means no electric scooters, skateboards, hoverboards, unicycles, motorcycles and other non-people-powered vehicles are permitted. However, Class 1 e-bike pedal-assist is allowed, Class 2 e-bikes are allowed when throttle is powered off, and Class 3 e-bikes are allowed when pedal-assist is powered down. Motorized wheelchairs are allowed. Learn more here.

The July outing is the first of four CicLAvia events planned through the remainder of 2022. The other will include: CicLAvia-Meet the Hollywoods on August 21; CicLAvia-Heart of LA on October 9, and CicLAvia-South LA on December 4. 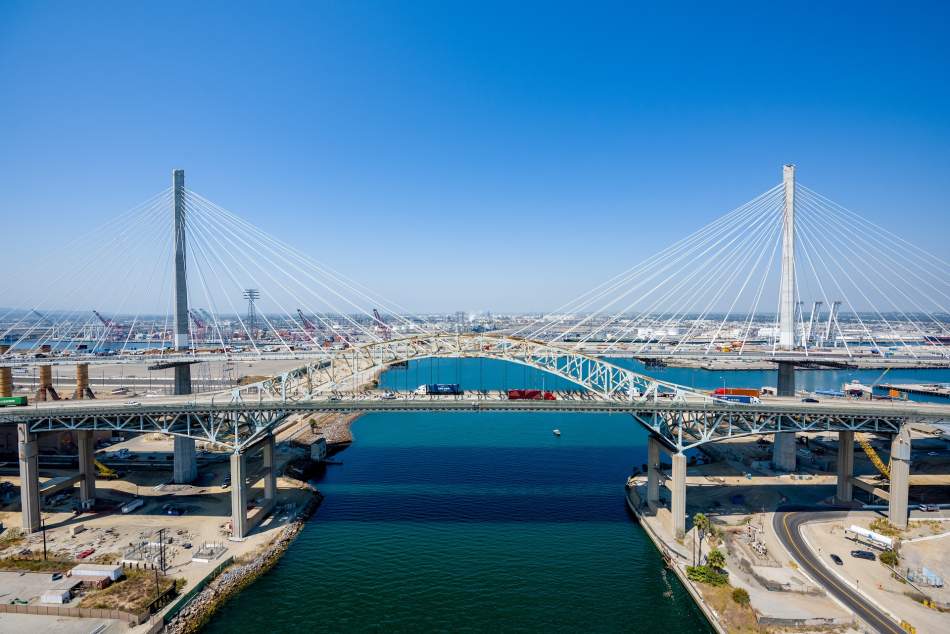 View looking north on the Back ChannelPort of Long Beach

Nearly two years after its replacement opened for vehicle traffic, the Gerald Desmond Bridge will meet its maker.

This week, the Port of Long Beach announced that demolition of the older bridge is scheduled to begin in July with the removal of the section which is suspended over the Port's Back Channel. This will require a 48-closure of all watercraft traffic within the channel from 6 am on July 9 through 6 am on July 11.

Full demolition is expected to be completed by the end of 2023.

His crusade to house L.A.’s poor praised by Oprah Winfrey, Garcetti. But others have doubts ""For all its controversy, support for SoLa has not wavered. In February, it announced a $50-million commitment from the California State Teachers’ Retirement System to its latest enterprise, the Black Impact Fund that has so far raised $270 million from investors including PayPal Holdings, Adirondack Capital and EBay’s Jeff Skoll. The money will fund another 3,500 units, Lusk said."" (LA Times)

LA City Council Votes to Ban Public Bike Repairs Amid Bicycle Theft Concerns "Only people with a valid permit or business license, as well as individuals getting a single bike repaired would be exempt from the ordinance." (LAist) 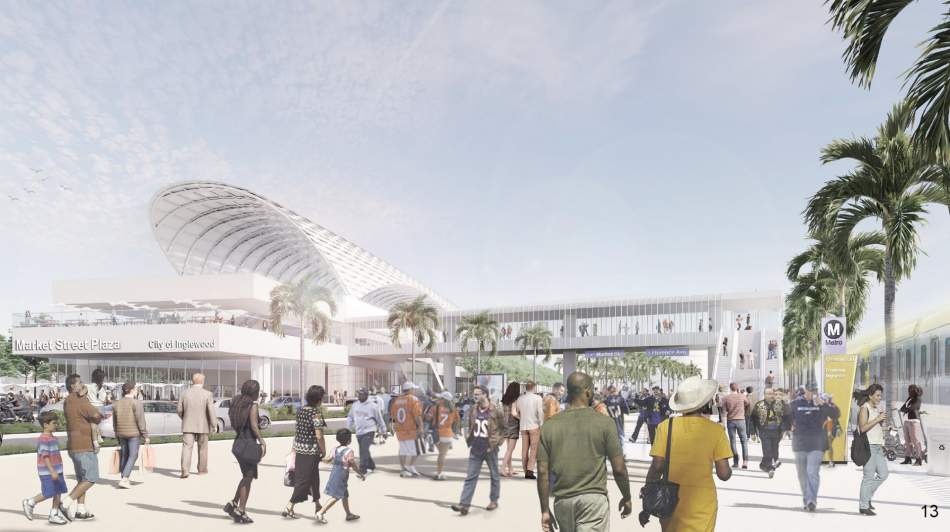 California senators seek federal funds for transportation projects ahead of Olympics "Padilla’s office said the act would allow the U.S. Department of Transportation to give Los Angeles priority for federal transportation grants for projects related to the Olympics. It would also direct the DOT to provide planning assistance for the games, including by developing intermodal transportation plans and expediting federal review of requests related to Olympic events. The legislation would also allow the DOT to provide funding for temporary facilities, equipment, operations and maintenance." (Hey SoCal)

A computer model predicts who will become homeless in L.A. Then these workers step in "The county found Cross and scores of other people through a predictive tool developed by UCLA researchers, which pulls data from eight L.A. County agencies to help outreach workers focus their attention and assistance on people believed to be at gravest risk of losing their homes." (LA Times) 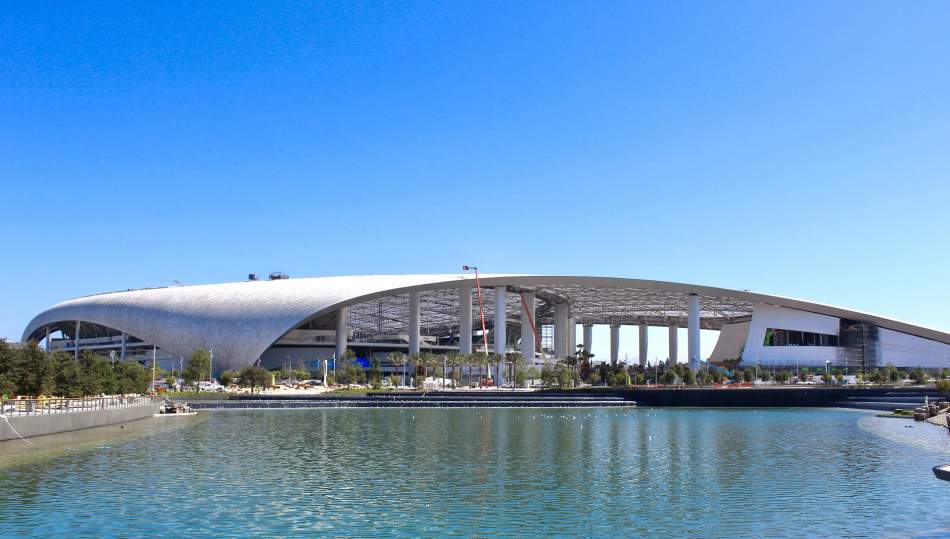 Supervisors Take Second Step to Reduce Speed Limits on Unincorporated LA County Streets "Last year, State Assemblymember Laura Friedman (D-Glendale) authored A.B. 43 which was passed by the legislature and signed into law. This legislation changed the formula that municipalities can use to set speed limits to take safety into greater account. Since it went into effect, road owners (mostly cities and smaller municipalities) have started adjusting their speed limits downward. In March, the City of Los Angeles moved to lower speed limits on 177 miles of city-controlled streets." (Streetsblog LA)